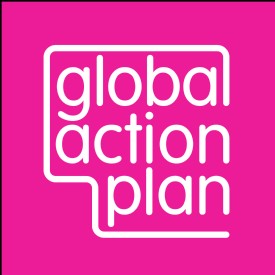 Global Action Plan is a charity that helps people live more sustainable lives by connecting what is good for us and good for the planet.

@globalactplan ‏ More from this blogger Create your own blog

When an eco-champion heckled me during my work presentation, everything changed, for the better

In times of change we often take a moment to reflect upon pivotal moments that steered our course. As Chris Large leaves his post as co-chief executive at Global Action Plan, he looks back at 15 and a half years of projects, partnerships and conversations, with one particular memory standing out.


Over a decade ago, while running an environmental workshop at a major energy company, I was shouted at by an irate employee. In a room of 30 people discussing how the staff team could support the company’s carbon reduction efforts, a smartly dressed man got to his feet to loudly proclaim that I had no right to involve him and his colleagues when the management had the power over decisions that would eliminate vast quantities of carbon emissions.

I disliked the anger he fired at me, and at the time I felt too uncomfortable to recognise it was the catalyst that entirely changed the direction of my work. It ultimately set Global Action Plan on a new mission – to take on the big gnarly issues, even without knowing all the solutions.

The angry employee helpfully made me realise that I was unintentionally offering false hope. He was annoyed because he knew that the recycling and energy efficiency actions his colleagues were being encouraged to drive were simply not in step with the scale of the environmental crises we face. As David Mackay, the late chief scientific advisor to DECC summed up, “Don’t be distracted by the myth that “every little helps.” If everyone does a little, we’ll achieve only a little. We must do a lot. What’s required are big changes”.

As such, in recent years Global Action Plan has resolved to seek only the big changes that will make a big dent in society’s environmental impact. This approach has been transformational for us and it can be the same for every CSR and sustainability team.

Perhaps the biggest change we could ever inspire is to help those in developed economies see a future beyond consumerism, as we humans extract almost a hundred billion tonnes of raw materials every year. When we took on that mission, we could not know the exact path this journey would take, but we have been amazed at the collaborations that have developed.

Our Flickers of the Future initiative sees Richard Curtis mentoring young filmmakers to inspire post-consumerist futures on our screens. And with the Persil Dirt is Good Project, we’re supporting children across the world, from Ireland to Thailand, to embed compassionate values into society in preference to self-interest.

I have found real joy in taking on big challenges, and enormous satisfaction in seeing new initiatives take off. From one short conversation with Public Health England, we ran with the idea for Clean Air Day, which has become the UK's most covered air pollution campaign, involving thousands of central government, corporate, academic, local authority, and school partners. Since we began in 2017, ten million more people in the UK now understand air pollution better, with most of the public supporting the policies that we need to rapidly address pollution and traffic levels.

After adopting the “big change only” approach, thousands of collaborators have joined us on the journey. Perhaps this is because everyone instinctively understands the fundamental truth that big changes are vital, and they lead to a better future for people and planet.

As my personal journey takes me from Global Action Plan to work at the new Earthshot Prize initiative, I am grateful to those who, angrily and calmly, encouraged and supported us to think big. And the moral of the story? Colleagues in sustainability, we must take on those ambitious projects that we don’t yet know how to finish, but which employees will respect, and have the potential to reap exponential success. This way, personal satisfaction works in tandem with overcoming the crises we face.

Chris Large was the co-chief executive at Global Action Plan