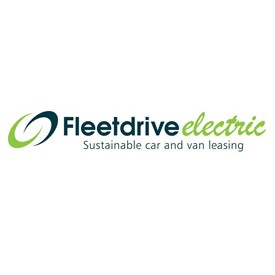 Why electric and driverless vehicles are unsettling the car industry

The rapid advancement of electric vehicle (EV) technology, autonomous driving and connectivity technology is demanding a radical rethink about how our cars will operate in the future and how we will use them.

EVs have always been regarded as a direct threat to the internal combustion engine and we have now reached the point where the automotive sector faces a future that could be fundamentally different from its past. With the fast-paced developments of electric vehicle technology set to continue, the global automotive industry will see more changes in the next five years than it has experienced in the last 20.

EVs could represent 3% of electricity demand globally, and nearly 4% in Europe, by 2030.

The technology being developed and tested today could eventually create a world in which people are able to move about more efficiently, more safely and more cleanly, at lower cost and in different ways.

Predictions on population growth estimate that by 2030, 60% of the world’s population will live in “megacities” - metropolitan areas with more than 10 million people. This will mean mega traffic jams, mega pollution and mega energy use. To prevent this from being a climate catastrophe, it is imperative that responsible transport solutions are adopted by businesses and individuals, and the sooner the better.

Combatting climate change has been a fundamental mission of our generation, particularly within the car industry. More restrictive emissions standards are on the way to help fulfil the goals of the 2015 Paris climate accord, and advanced powertrains, in particular electric vehicles, provide a key solution to help mitigate the effects of climate change.

Electric vehicles offer the most immediate, affordable way to reduce CO2 emissions and clean our air. We’re at a turning point today, at which EVs are becoming a viable option to more and more drivers.

The rapidly declining cost of batteries, improving driving range and an expanding charging infrastructure are all factors. Car manufacturers are introducing new electric models every month, providing greater choice and a wider appeal among consumers.

EV sales globally increased 60% last year, to nearly 450,000 units, up from 50,000 in 2011. While that’s still a small percentage of total vehicle sales, it shows that further growth can be expected as more people recognise that a zero-emission Electric Vehicle can suit their needs.

A recent study by McKinsey & Co. and Bloomberg New Energy Finance predicts that EVs will account for two-thirds of all cars on the road by 2030 in the developed world’s most densely populated, high-income cities.

Cars are also becoming increasingly connected, intelligent and personal; virtually all new cars are expected to be connected to the Internet by 2025. Just as your mobile phone became a smartphone with its Internet connection, our cars are becoming smarter, too.

Connectivity opens up a wide range of in-car services and features for drivers, such as being able to instantaneously pay for parking or tolls with a touch of their dashboard screen.

Incorporating autonomous drive features, where a sensor system keeps the vehicle centered in its lane by reading lane markers and controlling steering, is another trend that looks set to continue over the next several years.

Going a step further, driverless EVs offer exciting possibilities for the crowded “megacities” of the future. “Robotaxis” could provide mobility on demand in a far more affordable, efficient and safer way.

In preparation for this new future, partnerships have been forming between manufacturers, suppliers, power distributors and technology partners trying to make these future technologies a reality. Differentiated time-of-use rates and investments in charging infrastructure could help utilities to mitigate negative grid effects from EV charging. Trials and tests have been carried out across the UK, and live projects such as 'My Electric Avenue' and 'Electric Nation' are exploring possible solutions to prevent disruption to the electricity supply, including vehicle to grid technology where EVs can act as accessible power storage for the local area network.

It may be a challenging time ahead for the automotive industry, but with the domination of EV technology we’re undoubtedly heading in a far greener direction, with positive impacts for the environment and the health of billions of people all around the world.

Visit us at edie Live on stand M14