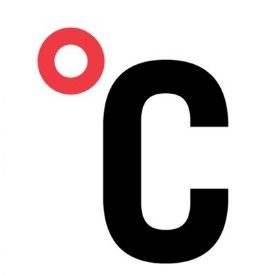 The Climate Group is a non-profit organisation that works with business and government leaders around the world to address climate change.

@ClimateGroup More from this blogger Create your own blog

Why energy productivity holds the key to net-zero business


In June, the UK became the first major economy in the world to pass a net-zero emissions target into law. The goal requires all greenhouse gas emissions to be net-zero by 2050, and businesses need to play a leading part.

According to the International Energy Agency (IEA), energy efficiency could enable the world to achieve more than 40% of the emissions cuts needed to keep global temperature rises well below 2°C. Alongside this, the IEA estimated that energy-saving measures can yield benefits of up to 2.5 times the value of avoided energy costs.

In other words, smarter energy use not only helps to generate significant emissions reductions; it does so while adding enormous value to global GDP and boosting corporate bottom lines.

Our corporate leadership initiative EP100, delivered in partnership with the Alliance to Save Energy, brings together major companies, such as H&M and Hilton, who are committed to improving their energy productivity. To date, they have avoided using over 730 terawatt-hours of energy – more than twice the UK’s annual electricity consumption – and since joining EP100 this has delivered more than $131m in cost savings.

Consumers are also increasingly paying attention to the actions businesses are taking to decarbonize their operations. Heightened public and political awareness on the climate crisis means adopting a more sustainable business model is no longer up for debate – it’s a necessity.

Yet globally we are not improving fast enough. Research shows energy efficiency could be increasing by 3% year on year. However, there has been a steady decline in improvements in the last few years. In fact, in 2018 there was only 1.2% improvement in energy efficiency globally.

Buildings are a good place to start if we are to reverse this trend. They account for 30-40% of the world’s emissions. A recent report by the UK’s Business, Energy and Industrial Strategy Committee shows improvements are vital for reaching net zero.

Many businesses are already taking steps in the right direction. Building approximately 10% of London’s new homes, EP100 member Berkeley Group became the first ‘carbon-positive’ homebuilder in the UK committed to owning, occupying and developing homes that are net zero carbon by 2030. The group has committed to 100% LED lighting in all new homes, to reduce energy wastage and to powering their buildings from renewable energy sources, as well as implementing long-term plans to cover emissions associated with the construction, operation, and maintenance of buildings.

Meanwhile, Landsec, one of the UK’s largest property companies, has improved energy productivity by 17% since 2014, resulting in 3.8 million in annual savings for its customers. The company has also recently updated its carbon reduction target, and is now aiming to be carbon zero by 2030.

With a focus on doing more with less, businesses stand to reap multiple benefits such as energy and cost savings, lower greenhouse gas emissions, more efficient use of resources, a boost in worker morale and enhanced competitiveness. However, to deliver on the Paris Agreement, we need thousands of more companies to step up and start putting smarter energy use at the top of their business agenda.

More from The Climate Group