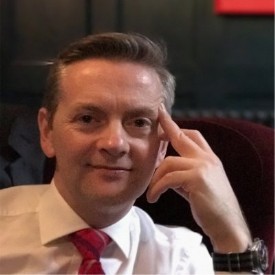 Will Mrs May keep her eye on the circular prize?

You get the picture. And though the role of the EU in transforming our waste management practices is not a hot topic compared to say, curved bananas, four decades of waste policy have certainly had an impact! The Environmental Industries Commission reviewed that impact back in February and concluded that the EU had effectively de-politicised waste policy in the UK. As a consequence we now have far less waste going to landfill, hugely increased recycling rates, more energy from waste, and the growth of the circular economy concept.

The Circular Economy (CE) is, in essence, simply reframing an old debate about resource efficiency. We have become bored with debate about reuse, remanufacturing and recycling. But CE is sexy, presenting a glamourous business opportunity and everyone suddenly feels excited again. Nothing wrong with rebranding – and we’ve seen waste sector businesses reinvent themselves as resource and CE companies off the back of the idea, spurred on, in part, by the EU CE Package. This package of measures has helped focus attention on supply chains, material life cycle, and using CE ideas to deliver economic, environmental and social benefits.

Then along comes Brexit and everything is back up in the air! So, what will it mean for all this? Its potential impact on anything to do with the environment barely makes it into the public consciousness. As Theresa May and our new EU partners square up for Brexit negotiations, the Government’s apparent indifference to environmental priorities goes largely unnoticed. Are we really willing to walk away from a deal if the EU has any red lines about keeping environmental standards in place just to please Tory environmental sceptics?

To me, this is problematic. The EU’s CE package may sound like red tape to some, but there’s a lot at stake if we dump the idea. The Aldersgate Group puts the value at risk to the UK economy at around 88 Bn Euros in lost revenue from new resource-efficient business models, and has urged the Government to adopt strong policies to replace it. I agree with them. There are already CE collaboration opportunities at risk, and uncertainty means we’re likely to see reduced or delayed international investment in the infrastructure that the CE depends on.

With both the Labour and Conservative party manifestos saying nothing about circularity, it’s now up to business to articulate the economic value and social and environmental benefits of CE to whichever colour of party forms a new government. Industry and business must take the lead, shrug off complacency and find its entrepreneurial spirit to exploit the opportunities that CE presents. Don’t wait for government to find the solution or we will reuse / recycle this article in four years’ time.

Come on… altogether now…‘What’s the circular economy ever done for us…?”