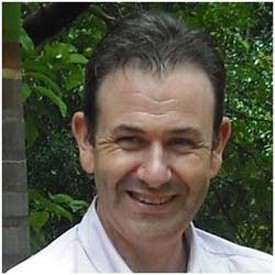 David Nash is head of the Z Zurich Foundation, which works with people and communities to build a better, more resilient future by helping them to understand and protect themselves from the risks they face. David's role is to manage all aspects of the Foundation - from governance to the community impact of the global flood resilience work, through the catalysing impact of our local grants program - a program aimed at helping kickstart local Zurich business's community investment approaches in their own communities, as part of the development of corporate responsibility strategy.

@Zurich More from this blogger Create your own blog

Water-based crises are once again being thrust into the international spotlight on World Water Day. Yet, after decades of attempts - and billions wasted - flooding remains widely unaddressed by business and governments alike.


The facts make grim reading. Research by Oxford Economics, commissioned by the Global Resilience Partnership (GRP), reveals the rate of severe flooding has increased dramatically during the past 30 years, causing US$596 billion of direct damage between 2011 and 2015 alone.

Severe flooding incidents, defined by the International Disasters Database, have increased from an average of 83 per year in the 1980s, to 126 per year in 1990s – and to more than 200 per year this century, more than one every other day.

Nearly three quarters (72%) of the globe has been impacted by flooding. More than 420 million people, more than the population of South America, have been affected – over 60,000 people lost their lives, equivalent to 33 a day, and a further 4.3 million people were left homeless.

Billions in aid has been provided to tackle the issue, yet roughly 87 per cent of aid spending focusses on emergency response, reconstruction and rehabilitation efforts. Only 13 per cent is used to reduce and manage the risks before they become disasters.

It is clear the current system isn’t working. We need to support projects which build communities up to protect them from the impact of floods, and help them respond quicker when they occur. It is here that business can play an important role.

This month, Z Zurich Foundation of Zurich Insurance in partnership with the Global Resilience Partnership (GRP) announced the winners of our Water Window Challenge – an initiative which will see 12 innovative projects share a US$10 million competition pool to tackle flooding in some of the world’s most vulnerable communities.

Selected from hundreds of entries, these locally-informed, technologically-savvy flood solutions are being given the opportunity they need to succeed – or fail – quickly. For decades, we have struggled to tackle flooding and projects which show promise must be scaled quickly to benefit as many people as possible.

Successful teams span the globe and will tackle issues on the ground in South and Southeast Asia as well as one project in Kenya. The projects range from flood-resilient roads to amphibious homes and protective coastal greenbelts.

Annual uninsured losses from natural hazard-related disasters run at around US$100 billion, but we can develop ways to build resilience and close that gap, reducing losses on the one hand and reducing risk to increase insurability on the other.  With investment returns conservatively estimated at five dollars – for every dollar invested pre-event, it is thus possible to reduce losses by five dollars post event –  this approach makes economic sense and everybody wins.

For global business the message remains that when attempting to tackle longstanding, largescale environmental or sustainability issues, fortune favors the brave.

And we need to be bold. Many of our Challenge winners have previously been told, “That will never work,” but they’re willing to take a risk to make a real difference. As businesses, we need to support them. Yes, failure happens, sometimes repeatedly, but ultimately to free people from a cycle of ‘disaster-recovery-repeat’, perseverance in finding and testing solutions is the best option.