UK Prime Minister Boris Johnson has announced that he will launch a new "energy supply strategy" in the coming days that hints at using more UK-derived fossil fuels in the short term to reduce reliance on Russian gas. 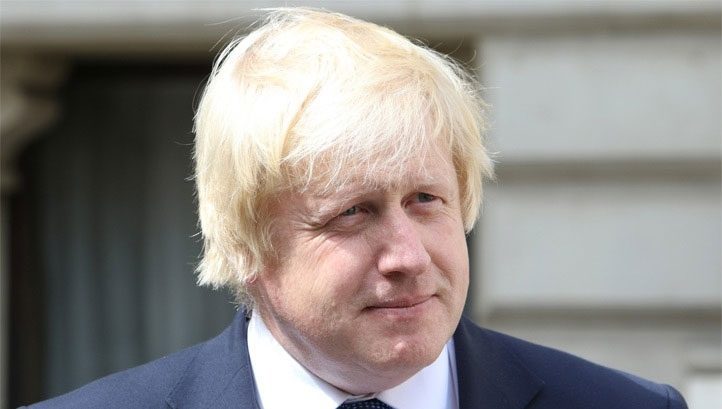 With gas and oil prices surging across Europe based on imposed and impending sanctions on Russian energy development, Johnson has moved to appease concerns that the UK is reliant on Russia for energy.

The mooted energy strategy will be introduced in a bid to move away from Russian fossil fuels, but Johnson has hinted that this could increase the use of domestic fossil fuels.

“We have got to make sure we have substitute supply. One of the things we are looking at is the possibility of using more of our own hydrocarbons…That doesn’t mean we are in any way abandoning our commitment to reducing CO2 but we have got to reflect the reality that there is a crunch on at the moment.”

Russia only provides about 5% of the UK’s gas supplies, but decisions across Europe – including the postponement of Russia’s Nord Stream 2 pipeline to Germany – look set to increase prices for all nations.

Research from the ECIU has found that the UK has dramatically increased Russian gas imports from near-zero levels in 2017 to almost 34TWh in 2021.

This, the ECIU states, equates to about 6-7% of total imports. Given the current rise in gas costs, the UK would end up spending £2.3bn on Russian gas annually.

Yet Johnson is reportedly calling for the gas industry to get a “pass” from climate measures, with The Times claiming that he has backed increased gas production in the US and Canada in the short term. In contrast, the EU is set to introduce a new energy strategy this week that increases renewables deployment and energy efficiency.

Johnson’s impending announcement comes against the backdrop of a vocal minority calling for the UK to increase fracking to reduce energy costs over the short and medium term.

Some are going one step further, calling for a referendum on the UK’s net-zero target. Former UKIP leader Nigel Farage has launched another campaign group focused on a political zeitgeist, this time in the form of the Britain Means Business group.

The group’s main aim is to launch a referendum on the UK’s net-zero target and subsequent policies, with Farage using the Mail on Sunday to brand net-zero “stupid”.

“It is a scandal of epic proportions and it must be challenged,” Farage wrote. “That is why we are launching a campaign today for a referendum on the net-zero delusion, under the banner of Britain Means Business.”

Farage claims, rather unfoundedly, that net-zero would curtail economic growth, despite the UK’s climate watchdog the Climate Change Committee repeatedly forecasting that the net-zero transition would cost around 0.5-1% of GDP, down from original estimates of 1-2%. In contrast, the IMF, for example, projected that the UK’s GDP could shrink by 4% by 2100 due to reduced labour productivity and temperature increases in a 4C scenario.

The use of fracking to improve UK price stability has also been largely contested. In a Twitter thread, Carbon Brief’s Dr Simon Jones noted that UK fracking would account for less than 5% of domestic gas needs over a five-year period, even under a “best-case” scenario where there are no planning issues or protests.