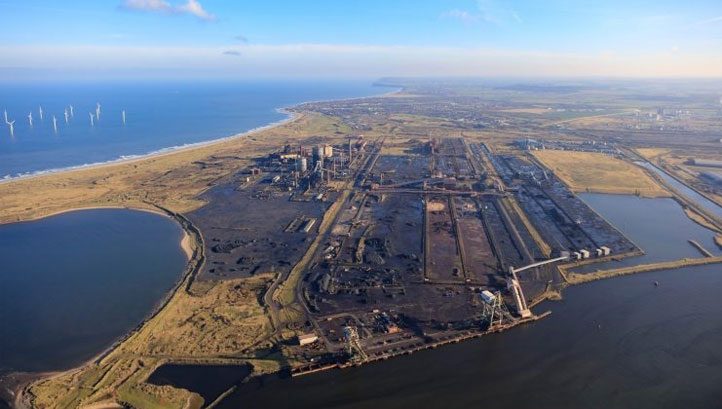 Pictured: The site for the BP project. Image: BP

BP first announced plans for the proposed facility in Teesside back in March. Its plans entail developing a facility with a 500MW production capacity by 2027, rising to 1GW by 2030, where hydrogen will be produced by splitting gas. The resulting emissions would be captured with man-made carbon capture and storage (CCS) arrays, which BP claims could capture up to 98% of the facility’s process emissions.

Now, a further four potential corporate customers have been added to that list, namely CF Fertilisers, Mitsubishi Chemical Corporation, alfanar Company and Sembcorp Energy UK, the latter of which owns and operates utilities and services at the nearby Wilton International Industrial Park.

Each potential customer has stated that hydrogen could help to decarbonise industrial processes that are hard-to-abate, largely due to their reliance on fossil fuels for heat generation, aside from alfanar Company, which is considering adding hydrogen to the mix at its sustainable aviation fuel (SAF) plant, currently under development in the region. Last month, the UK Government awarded alfanar a share of a £15m competition funding pot designed to support the development of new SAF production capacity.

BP submitted a planning application for the Teesside facility in May. A decision is expected later this year, ahead of a final investment decision in 2024. If this timeline runs accordingly, production could begin in 2027. BP is hoping that the growing interest from corporate customers will support its business case.

“While the impact of investments may be felt most acutely in the ‎North East, the decarbonization benefit of H2Teesside is expected to be felt countrywide. Ultimately, ‎these MoUs show how supply and demand can work together to accelerate the growth and delivery ‎of a hydrogen economy.”‎

The news comes as the UK continues to await the publication of the Government’s Hydrogen Strategy, following a string of delays. The strategy will build on the Ten-Point Plan commitment of £500m in Government fundung for hydrogen generation.

A key sticking point of the Ten-Point Plan and reported discussions on the upcoming Strategy has been the Government’s decision to group blue hydrogen and green hydrogen together under a “low-carbon” banner and to state that it is taking a “dual-track” approach. Critics of blue hydrogen, including E3G and Global Witness, have questioned whether it will truly garner investment for green hydrogen in the future or simply keep fossil fuels in the system.

There are also concerns about whether the CCS claims made by producers are accurate. By the International Energy Association’s (IEA) estimates, only 60% of the emissions generated by blue hydrogen production globally at present are meaningfully captured.

In related news, ScottishPower has revealed the results of a new site study assessing the Port of Cromarty Firth’s suitability to play host to a major green hydrogen production facility.

The firm first announced plans for the project and kick-started feasibility studies in March. If successful, it is hoping to develop up to 15 new offshore wind sites in the region, to supply electrolysers.

According to the new site study, the Cromarty Firth could host a 35MW electrolyser by 2024, producing up to 14 tonnes of green hydrogen daily. There are multiple potential locations for such a facility and certainly enough demand for the produced hydrogen from businesses including distilleries, which could use hydrogen to displace fossil gas in their heating processes.

ScottishPower has already applied for planning permission to develop a 20MW electrolyser near Lochgoin Reservoir, south of Glasgow, to draw power from the Whitelee onshore wind farm. The new plans, the business has stated, largely replicate this model.

Project partners for the larger electrolyser include Storegga, Pale Blue Dot Energy, the Port of Cromarty First, Diageo, Glenmorangie and Whyte & Mackay. The Scottish Government and Highland Council have already indicated their support. A final investment decision is expected by 2023, meaning that the earliest the first phase of the electrolyser project could come online will be 2024.

“Now, more than ever, we need to see more projects like this being developed across the country,” ScottishPower’s hydrogen director Barry Carruthers said.

“We’re in a climate emergency and so we have to focus on zero-emission technologies – green hydrogen offers the long-term, sustainable, zero-emission solution for industries, sectors and businesses that cannot be supported by renewable electricity alone. With only months to go until COP26, one of the most important climate summits, we’re showing what can be achieved when industry collaborates in order to tackle climate change.”

Scotland is notably striving to host 5GW of green hydrogen production capacity by 2030, under plans to reach net-zero by 2045.