BP's new chief executive has set an ambition to shrink the oil giant's carbon footprint to net zero by 2050 and will cut the carbon intensity of the energy it sells by 50% over the same period. 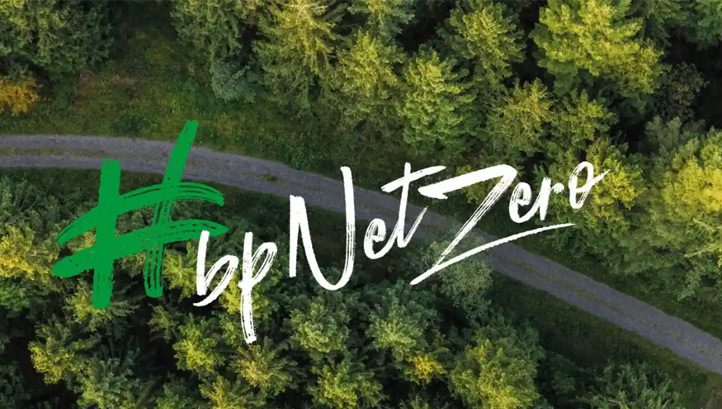 BP will follow the lead of other major oil companies by launching a new team tasked with setting out a roadmap for BP to play a role in decarbonising the energy system.

The team will report back to BP’s new team of senior executives in September this year with a strategy that is likely to include plans to use carbon offsetting measures – such as tree-planting – investments in clean energy and transport, and reducing the amount of oil it produces in the long term.

The oil giant said it also plans to clean up the methane leaks from its existing oil and gas projects, and play a more active role in lobbying for policies that would spur climate action.

Bernard Looney, who replaced the former BP boss Bob Dudley earlier this month, said BP will have to change if it hopes to play a role in the future energy system.

“It is clear to me, and to our stakeholders, that for BP to play our part and serve our purpose, we have to change. And we want to change – this is the right thing for the world and for BP,” he said.

BP has faced rising public criticism over its contribution to the climate crisis, including a string of protests at its London offices and arts institutions that continue to accept sponsorship from the company.

However, Looney said BP would cut its spending on corporate “reputational sponsorship” and redirect the funds towards promoting climate action.

Looney said: “The world’s carbon budget is finite and running out fast; we need a rapid transition to net-zero. We all want energy that is reliable and affordable but that is no longer enough. It must also be cleaner.

“To deliver that, trillions of dollars will need to be invested in replumbing and rewiring the world’s energy system. It will require nothing short of reimagining energy as we know it. This will certainly be a challenge but also a tremendous opportunity.”

In his first strategy outlook, the new chief executive also told investors that the company plans to keep growing its cashflows and shareholder distributions over the long term.

An investigation by the Guardian last year revealed that the oil company plans to grow its production of oil and gas by about a fifth between 2018 and 2030 despite warnings that an increase in fossil fuel production will put the world on track for catastrophic global heating and a runaway climate crisis.

Looney set out the plans for a greener BP alongside a major overhaul of the company, under a new leadership team, which will include four new business areas: production and operations; customers and products; gas and low-carbon energy; and innovation and engineering.

BP chairman Helge Lund said: “The board supports Bernard and his new leadership team’s ambition for BP. Aiming for net-zero is not only the right thing for BP, it is the right thing for our shareholders and for society more broadly. As we embark on this ambitious agenda, we will maintain a strong focus on safe, reliable and efficient operations and on delivering the promises we have made to our investors.”

“How will they reach net-zero? Will it be through offsetting? When will they stop wasting billions on drilling for new oil and gas we can’t burn? What is the scale and schedule for the renewables investment they barely mention? And what are they going to do this decade, when the battle to protect our climate will be won or lost.”