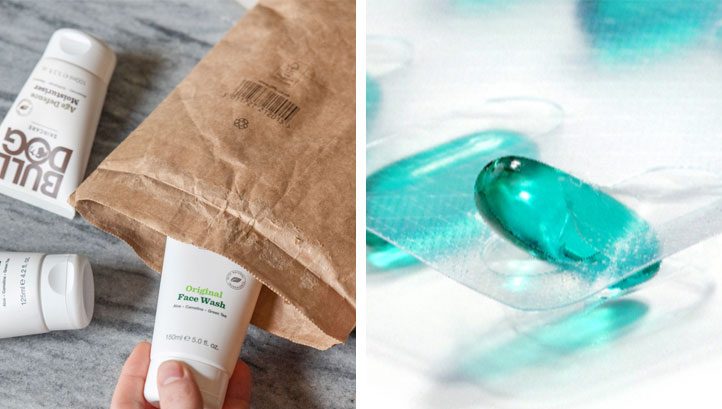 The Bulldog scheme is being operated in partnership with recycling collector First Mile. It involves customers posting used packaging and razors, using a freepost service, to First Mile. The collected items are then sorted by whether they are suitable for recycling, or whether they will need to be incinerated to generate energy-from-waste (EfW). None of the collected material will be sent to landfill.

In the first instance, the scheme is accepting Bulldog-brand tubes and razors only. The razors will be sent to EfW facilities while the plastic tubes will be recycled using microwave pyrolysis. This process involves heating plastics until they revert to an oil state, in a facility powered by electricity. Proponents of the approach claim it is more energy-efficient than traditional recycling methods and that there is the scope to use 100% renewable electricity. Heat needed for the facility is also generated from the gas that is released during the heating process.

Oil resulting from the microwave pyrolysis can be used to make pellets which, in turn, can be used to manufacture new products. The resulting material is of an appropriate grade for use in toiletry packaging such as Bulldog’s tubes.

Bulldog said in a statement that it has launched the scheme “to help consumers navigate the complex recycling environment and give them confidence that their used items will never end up in landfill, the ocean or being shipped abroad”.

There is currently no unified collection system for household plastics in the UK; while some councils will collect Bulldog’s packaging, others will not.

In related news, multinational packaging manufacturer Klöckner Pentaplast has this week unveiled what it claims is the first recyclable PET blister film to be completely compatible with the pharmaceutical sector’s forming, filling and sealing equipment.

Medicine blister packets are considered hard-to-recycle because they typically consist of a mix of materials, with two or more kinds of plastics often used alongside metal. No UK councils collect them.

The solution from Klöckner Pentaplast is mono-material and the company claims it can be used by pharmaceutical firms with no need to replace their equipment and “no loss of speed”. It is called kpNext.

Klöckner Pentaplast said in a statement that three years’ worth of R&D have preceded the launch.

“Current pharmaceutical blister packaging is classified as resin identification code (RIC) #7, produced from a multi-material structure, which is not recyclable and therefore is disposed in a landfill or incinerated,” Klöckner Pentaplast’s head of technology Daniel Stagnaro said.

“Major pharmaceutical companies have been challenging blister manufacturers for a solution that is responsible and recyclable. We have answered those challenges with kpNext.”

While traditional blister packs are not recyclable at kerbside in the UK, Superdrug is hosting a nationwide take-back scheme in partnership with TerraCycle, having taken the contract over from a string of independent pharmacies earlier this year. The offering is available at 197 Superdrug stores.