Carbon offsetting: How are businesses avoiding greenwashing on the road to net-zero?

With the net-zero movement gathering pace, ever more businesses are turning to carbon offsetting to tackle hard-to-abate emissions. But is this a credible choice, or simply a clever greenwashing tactic? 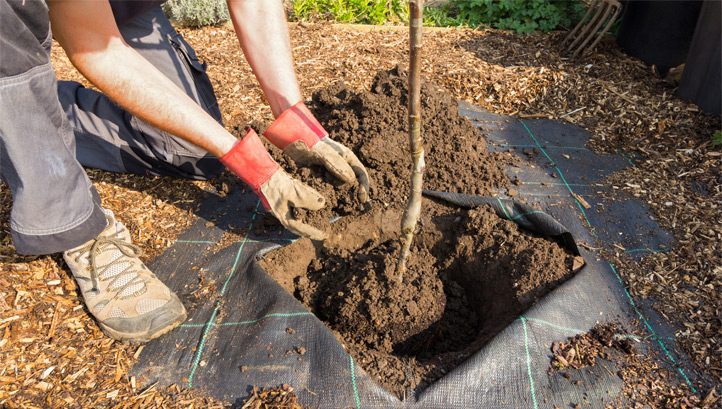 Many carbon offsetting schemes involve afforestation or reforestation - but what real-world benefits do they really bring?

The global market for voluntary offsetting has been growing exponentially for more than a decade. Just 8.8 million tonnes of CO2e were covered in 2006 but, by 2017, the figure stood at 62.7 million tonnes. But the publication of the IPCC’s landmark report on global warming in 2018 – the science behind the global appetite for net-zero by 2050 – accelerated this trend. By late 2019, some NGOs and businesses offering carbon credits were reporting a tenfold increase in interest from businesses.

Carbon credits are typically used to fund projects that either sequester carbon, like reforestation and peatland restoration, or prevent emissions in the first place, like schemes incentivising clean cooking fuels. The idea is that, if an organisation can reduce emissions elsewhere to compensate for those it is unable to reduce in its operations or value chain, it can still claim to be aligning with climate targets.

While many offsetting projects are credible and businesses often see no other path to net-zero, offsetting has proven to be one of the most controversial topics in the climate debate. Corporates have been accused of greenwashing after investing in non-verified credits or of failing to prioritise in-house emissions reductions. Double-counting is a recurring concern. And some carbon credit issuers claim that avoiding practices which humanity has known are climate-wrecking for decades, including flaring at fossil fuel sites, should be counted.

With all this in mind – and in the spirit of Net-Zero November – edie explores the current state of play on offsetting.

When the IPCC’s report first launched, a swathe of businesses committed to either offset the entirety of their emissions as soon as possible (think Aldi or EY) or dramatically upped their investment in carbon credits. Major airlines like British Airways, easyJet and Qantas took the latter approach.

But organisations looking to claim carbon-neutrality or net-zero in the short-term are not able to say they are Paris-aligned in the long-term without robust reductions targets including goals for Scope 3. And, while carbon offsetting can be a useful consumer engagement tool and has proven successful for firms like Etsy, participation has been low in aviation. The International Air Transport Association (IATA) estimates that just 1% of passengers offset the emissions of their flight voluntarily.

With all of this in mind, most businesses either see offsetting as a way to deal with emissions now, before they have delivered reductions. Alternatively, offsetting is a last (and small) piece of a long-term puzzle.

During a panel discussion during Day One of edie’s Net-Zero Live 2020, LafargeHolcim’s chief sustainability officer Magali Anderson said she is “completely against” using offsetting before reducing emissions, as industry must “fix its own problems”.

“Offsetting is a very last resort, to be used once everything else has been done,” she said, pointing to the fact that the SBTi won’t verify targets in line with 1.5C unless they involve at least a 4.2% year-on-year reduction, every year, without offsetting. More broadly, the CCC has advised the UK Government that no more than 5% of emissions should be offset internationally on the road to net-zero.

Dentsu International’s chief sustainability officer Anna Lungley added: “The priority absolutely has to be reducing emissions as far as you possible can – there’s no doubt about that. The reality is that there will always be unavoidable emissions, though, and I don’t think we can afford to wait to 2045 to decide to address those.”

While some industries and companies bemoan net-zero by 2050 as too much of a challenge, others are looking to go one step further – whether for good PR or as a mechanism for genuine climate leadership.

Microsoft and Velux have both announced ambitions to become ‘lifetime carbon neutral’ in the past year, for example. This means they will need to offset more CO2e than has been generated over the course of their whole business’ lifetime. Microsoft’s deadline is 2030 while Velux’s is 2041.

Many businesses taking this approach are simply purchasing carbon credits equivalent to more than their emissions. But some are exploring the possibility of using their own value chains or products as carbon sinks. Burberry and Nespresso are both insetting while Interface launched its first carbon-negative products ahead of schedule.

In a recent interview with edie, Interface’s head of sustainability Jon Khoo predicted that more businesses will seek to follow the firm’s ethos of “reversing climate change and viewing carbon as a resource”. This is largely due to a growing focus on climate change from the bottom-up and the top-down, with policymakers, investors and the public all calling for more action, he argued.

“It’s really not enough to be doing less bad and mitigating the negatives,” Khoo said. “To rebalance the books, we need to do more good. Alongside renewables and resource efficiency, we need to look at how we can support and restore natural carbon sinks and how can you make manmade carbon sinks.”

Of course, businesses aren’t the only actors involved in carbon offsetting. Policymakers, regulators, NGOs and other market forces all play a role – as do international bodies like the UN, which oversees the CORSIA scheme for the aviation industry.

While some businesses can go further and faster than these organisations, particularly if they only need a small number of credits, there are only a certain number of offsetting projects in operation and only a finite number of offsets. Experts have estimated that the current market for offsets will need to grow at least 15-fold by 2030 if the private sector is to align with 1.5C.

Moreover, sectors where offsetting will play a larger role due to a lack of technological solutions for all emissions – predominantly agriculture, shipping and aviation – will require joined-up support in the form of clear definitions and channels for pre-competitive collaboration. CORSIA theoretically aims to deliver that support for airlines and ensure that the sector never generates more net emissions than it did in 2019. In practice, it has received much criticism.

As nations mull over what post-Covid-19, net-zero-aligned carbon pricing trajectories should look like, former Bank of England Governor Mark Carney has moved to set up the Taskforce on Scaling Voluntary Carbon Markets. This body will take stock of existing voluntary offsetting schemes and identify key challenges to scaling them up while ensuring credibility. It is early days for the organisation and time will tell whether it succeeds in its overarching aim – to ensure that the global market for offsets is up to 160 times bigger in 2050 than it was in 2018.

Some green groups have questioned whether some of the companies on the Taskforce (such as Shell and BP) should be leading this work. Nonetheless, it is the largest initiative of its kind to date. Those looking for work in this field to be driven not by corporates, but by policymakers, wait eagerly to see whether nations will create departments or watchdogs dedicated to scaling up carbon markets and verifying offsets as they finalise their recovery plans.