With an increasing amount of businesses turning to carbon offsetting to deliver net-zero climate goals, a new initiative has been launched to ensure that voluntary carbon markets actually deliver the levels of mitigation and sequestration needed. 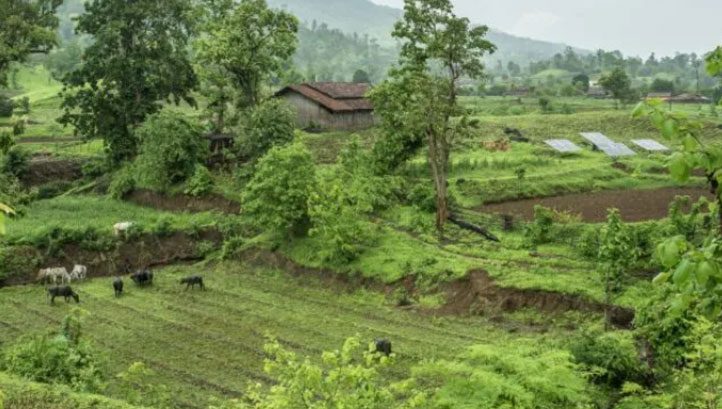 Called the Voluntary Carbon Markets Integrity Initiative (VCMI), the scheme will develop guidance for businesses on how they can ensure that their claims around becoming ‘carbon-neutral’ or ‘net-zero’ using offsetting are credible. It will also work to support countries in accessing finance for ‘high-integrity’ carbon offsetting scheme delivery, thus helping the market to scale.

On the business guidance side of things, the VCMI will develop a taxonomy for categorising claims, which it hopes to ensure is universal among the private sector globally. On the supply side, the VCMI has said it will “monitor, collaborate with and engage in efforts to ensure integrity and to assist low and moderate-income counties develop and implement access strategies for voluntary carbon markets”.

Across both the supply and demand side, the VCMI has proposed a set of ten overarching principles. The principles are as follows:

The VCMI announced its official launch today (29 July) and has opened its first consultation on proposed integrity assurance models and the taxonomy for business claims. Businesses, Governments, Indigenous People’s groups, academics, community groups and individuals are being encouraged to respond.

Following the consultation, draft guidelines will be published towards the end of the year.

Funding for the VCMI’s work is being provided by the UK Government and the Children’s Investment Fund. The United Nations (UN) Development programme is also offering its support. The Initiative has already elected a steering committee, co-chaired by Dean of the Fletcher School at Tufts University Rachel Kyte and managing director and chief executive or ARM-Harith Infrastructure Investment Tariye Gbadgesin. It has also opened applications for membership to its expert advisory group, to be housed by US-based non-profit the Meridian Institute.

Kyte said the world “must move away from voluntary carbon markets that are vulnerable to misuse and misinterpretation” if the Paris Agreement’s 1.5C trajectory is to be realised.

COP26 President Alok Sharma added: “I am pleased to support the launch of the VCMI today and to be joined by Ministers from across the world to kick start this initiative, which will bring clarity and integrity to voluntary carbon markets and their operations.

“I urge all governments, businesses, civil society organisations and Indigenous Peoples to engage as fully as possible with VCMI’s work. Together, let’s build our resilience, drive down global emissions, and keep 1.5C alive.”

Aside from the UK and US governments, the governments of Kenya, Chad, Cambodia, Ghana, as well as Mexican states Jalisco and Yucatan, will support the Initiative. Support has also been offered by the World Economic Forum (WEF), Science-Based Targets initiative, World Business Council for Sustainable Development (WBCSD), CDP, World Resources Institute (WRI) and WWF.

The WRI’s vice-president for food, forest, water and the ocean Craig Hanson said: “If climate is to be saved, as well as the world’s natural ecosystems, we need to be sure that nature-based solutions have both demand-side and supply-side integrity. I believe, and the world hopes, VCMI will help achieve that integrity.”

The launch of VCMI comes shortly after the Taskforce on Scaling Voluntary Carbon Markets confirmed plans to launch an independent governance body with a global remit by the end of 2021.

Mark Carney set up the organisation late last year with an ambition to take taking stock of existing voluntary offsetting schemes and identify key challenges to scaling them up while ensuring credibility. The decision to launch an independent governance body was taken following a consultation with the Taskforce’s 450+ members and more than 100 external “interested parties”.

The VCMI has said in a statement that it will work with the Taskforce, which it sees as a “complementary initiative”. The Taskforce, meanwhile, issued a statement outlining how corporate claims are “a critical component of the overall system” it is seeking to put in place.

According to the Taskforce, the current market for offsets will need to grow by at least 15-fold by 2030 if the private sector is to align with the Paris Agreement’s 1.5C trajectory. By 2050, he warned, it may need to be up to 160 times bigger than in 2020, should corporates rely on offsetting rather than emissions reductions.

The launch of the VCMI comes after a doubling in the number of corporates with net-zero climate commitments during 2020. The Race to Zero Campaign now has more than 3,000 supporting companies while the Science Based Targets initiative has received some 1,500 commitments to its net-zero target verification. There are increasing concerns about the credibility of some corporate claims and commitments, particularly around offsetting.