As Boris Johnson settles into his first day as the UK Prime Minister, Defra, the Treasury and the Department for Business, Energy and Industrial Strategy (BEIS) have released a flurry of documents to strengthen approaches to environmental regulation, energy policy and packaging production. 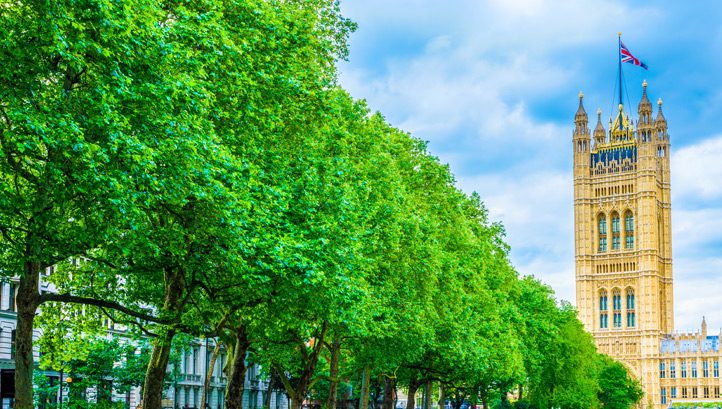 Boris Johnson, the MP for Uxbridge and South Ruislip, will be announced as the new Prime Minister on Wednesday afternoon (24 July). While one of the key drivers behind the Brexit movement has an enigmatic approach to green policy, a raft of announcements earlier this week has sought to strengthen how the UK delivers long-term legislative frameworks. Here, edie rounds up all of this week’s key policy announcements.

Earlier this week, Environment Secretary Michael Gove released a plethora of new documents that could turn the aspirational Environment Bill into a focused framework with tangible targets and action points.

Defra has published a progress document on the Environment Bill, as well as written responses to six public consultations that outline future measures to improve food waste collections, the resource efficiency of packaging and biodiversity improvements.

2) Proposals are now in place to expand the Extended Producer Responsibility (EPR) This would see manufacturers and retailers to cover the full costs for the disposal of their products, up from 10% currently. In fact, the Treasury has revealed it will finalise the proposed plastic packaging tax in the next Budget. Read more here.

3) Improving water regulations is viewed as a key action point of the Environment Bill. The Bill looks set to outline steps to increase the powers that Ofwat has in regulating and updating licences for water companies. It comes as more end-user businesses apply for self-supply licenses. Water companies are also increasing work with the Government in preparation for a No-Deal Brexit. Read more here.

4) Defra has also outlined intentions for all new commercial and residential property developments to contribute to biodiversity net gains. The plans outline how develops can use onsite measures of offsetting through natural habitats to ensure that the environmental footprint of construction projects is reduced. Read more here.

6) The raft of publications also noted that the Environment Bill will include measures for spatial mapping to be used alongside Local Nature Recovery Strategies to create a Nature Recovery Network. The network will also target greater investment in infrastructure projects that focus on sustainability.

8) The highly anticipated Office for Environmental Protection (OEP), coming into play post-Brexit, will run on a free-to-use complaints system. The proposals also confirm that the body will “have the power to undertake its own investigations”.

9) Finally, the Environment Bill looks set to include new powers for Local Authorities to target emissions reductions from domestic pollution as well as making it easier for groups of councils to launch co-operative efforts to tackle air pollution.

With the Energy White Paper launch now delayed until Johnson has settled into his new role, BEIS used this week to unveil a flurry of proposals related to nuclear deployment, carbon capture and storage (CCS) and new energy projects.

1) BEIS has unveiled some slightly controversial proposals that would see taxpayers make upfront payments towards new nuclear infrastructure projects. The payments would be made through a Regulated Asset Base (RAB)

2) The Government has also announced plans to place new limits on the amount of carbon that can be emitted from electricity generating sites. It is hoped the new measures will enable the UK to meet its commitment to phase out coal from the grid by 2025. Read more here.

3) For those plants and infrastructure that have already, or are in the process of, being phased-out, new regulations are being explored to repurpose and retrofit old oil and gas infrastructure to be used for CCS. Read more here.