BREAKING: Chancellor Rishi Sunak has today (11 March) unveiled a multi-billion-pound package to push the UK towards the net-zero emissions target in his first Budget - but has faced criticism for failing to end fuel duty freezes or cut roads spending. 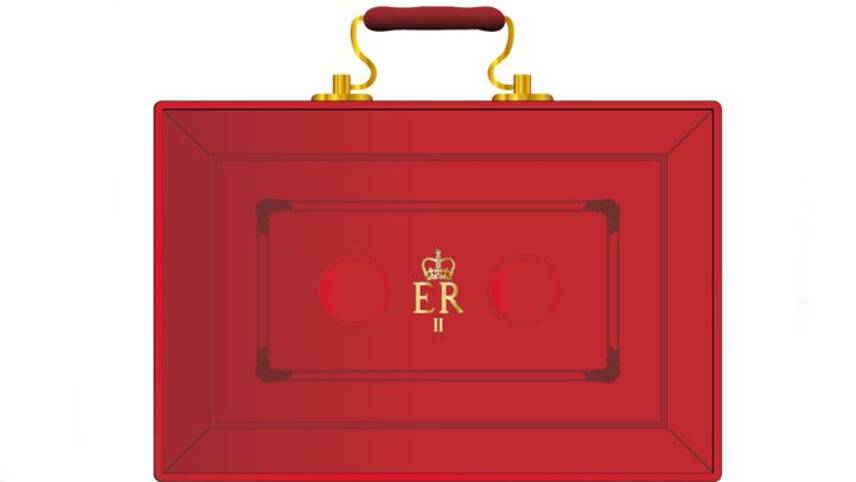 In his 75-minute speech at the House of Commons this afternoon, the Chancellor allocated much of his time – as expected – to the Government’s fiscal measures around the coronavirus outbreak.

“There can be no lasting prosperity for people if we do not protect our planet,” Sunak summarised, re-iterating the Conservative Party commitment to create a further 1.5 million “high-skill, high-wage, low-carbon jobs of the future”.

While these announcements will undoubtedly be welcomed by businesses across the UK’s green economy, speculation as to whether they go far and fast enough to meet the net-zero target remains heavy – particularly given that the Budget also included more than £27bn for roads and will serve to freeze fuel duty for an 11th consecutive year.

Interestingly, the Budget allocated an additional £10m to support the design and delivery of net-zero policies and programmes.

Here, edie summarises the key green facets of the Budget and their implications for the UK’s net-zero transition.

Changes to the Climate Change Levy

In recognition of the fact that emissions from the UK’s electricity sector have been falling for a decade, as more renewables come online, Sunak vowed to alter the Climate Change Levy by April 2022.

Energy-intensive sectors will be provided with dedicated support to help them deal with the implications of these changes, Sunak said.

The Carbon Price Support will continue to operate at £18 per tonne of CO2 up to 2022. After the Brexit transition period, the UK will aim to apply an “ambitious carbon price” that could be linked to the EU Emissions Trading System (ETS).

Funding for the Heat Networks Investment Project has also been secured up to 2022 and provides £270m of new funding to “enable new and existing heat networks to adopt low-carbon heat sources”.

The Budget also confirms £96m for the final year of the Heat Networks Investment Project, which ends in March 2022.

The government will extend the Domestic Renewable Heat Incentive (RHI) until 31 March 2022 and introduce “flexible tariff guarantees” to the Non-Domestic RHI March 2021.

The Budget reveals that the Government will introduce a “Green Gas Levy” to help fund the development of greener fuels.

A tax on plastic packaging manufacturers and importers who fail to include more than 30% recycled content in their products was first mooted by Philip Hammond during 2018’s Autumn Budget. It was then raised again in the Resources and Waste Strategy (RWS).

Sunak used his speech to confirm that the Plastic Packaging Tax will come into effect in April 2022. He claims that, once implemented, the tax will incentivise manufacturers and importers to mitigate 200,000 tonnes of carbon emissions annually, given that virgin fossil plastics bear a higher carbon footprint than their recycled counterparts.

The Budget sets the rate at £200 per tonne of plastic packaging that contains less than 30% recycled plastic. The Budget also confirms that an additional £700,000 will be used to establish the revamped Extended Producer Responsibility scheme.

The government will also extend the scope of the tax to the importation of filled plastic packaging and apply a minimum threshold of 10 tonnes of plastic packaging to ensure the smallest businesses are not disproportionately impacted.

On the broader waste front, the Budget has allocated an undefined amount of new funding for a digital waste tracking scheme to provide more data on the waste journey. In addition, £2m will be used to improve ways to combat fly-tipping.

Treasury colleagues had consistently told media that the Budget would be used to end a decade of fuel duty freezes, which analysts have repeatedly proven have slowed the decarbonisation of the UK’s road transport sector.

But Sunak instead confirmed the 11th year of freezes, possibly to allay economic concerns surrounding the COVID-19 outbreak. The virus’ economic impacts are being particularly hard-felt in the oil sector.

Elsewhere, Sunak confirmed that relief on red diesel duty – which stands at just 11p per litre, compared to a 58p on diesel for cars will end in 2022.

He said the duty has “hindered the development of cleaner vehicles”, essentially giving 14 million tonnes of carbon emissions some tax relief every year.

But he stopped short of a 2020 abolishment to the duty because businesses have said they want time to prepare. Moreover, the relief will remain in place for the agriculture and rail sectors.

The Budget features a “comprehensive package of tax and spend reforms” for low-carbon transport, covering charging infrastructure and grants for electric and hybrid vehicles (EVs).

EV drivers will never be more than 30 miles from a rapid charging station, according to the Budget document, as £500m is funnelled into fast-charging networks for EVs. This will include a Rapid Charging Fund to help businesses with the cost of connecting fast charge points to the electricity grid.

While the Government will continue to hold consultations on the phase-out date of polluting vehicles, it has earmarked £403m to extend the Plug-in Grant up to 2023. A total of £129.5m has also been set aside to extend a similar grant for vans, taxis and motorcycles up to 2023.

In addition, the Budget announces the exemption of zero-emission cars from the Vehicle Excise Duty (VED) ‘expensive car supplement’.

While the investment into EVs is welcome, the Government has given the green light to the second Road Investment Strategy (RIS2) that will see more than £27bn spent between 2020 and 2025.

RIS2 will be “delivered alongside the government’s plans for decarbonising the transport sector”, according to the Government, but green groups are already eyeing up potential legal challenges following the Heathrow runway court ruling that was issued over climate concerns.

The Budget introduces steps to support those affected by the winter floods of recent months, providing 120m to repair flood defences.

Looking to the long-term, the Government will invest £5.2bn from 2021 on a six-year investment programme for flood defences. The investment will better protect 336,000 properties from flooding.

The funding is in addition to a new £200m packaging for “place-based resilience schemes” to help rural, urban and coastal communities respond mitigate flood impacts.

The Environment Agency will also benefit from a £39m investment into a network of water supply and water navigation assets.

The Budget confirms a dedicated £800m CCS Infrastructure Fund to establish CCS in at least two UK sites, one by the mid-2020s, a second by 2030. The sites will be developed using consumer subsidies.

The Government will ramp up action to tackle air pollution by equipping local authorities with £304m to reduce nitrogen dioxide emissions. This brings the total amount that government has provided to affected local authorities to £880m, the Budget document notes.

The Budget confirms the creation of the Nature for Climate Fund which will invest £640 million in tree planting and peatland restoration in England. It is estimated that this will increase the rate of tree planting by more than 600%.

Enough trees will be planted to cover an area the size of Birmingham, although a recent report from the Energy Systems Catapult claims that up to double this size will be required annually to push towards net-zero.

A Nature Recovery Network Fund will also be developed that will enable businesses and local communities to collaborate on existing wildlife restoration projects. The government will also introduce the Natural Environment Impact Fund to help “prepare green projects that could be suitable for commercial investment” to drive private sector support for environmental restoration.

Finally, the Government will triple funding for the Darwin Plus programme to protect and conserve “globally significant” biodiversity found in UK Overseas Territories. It will build on the £220m set aside to protect biodiversity in developing nations and helps double the UK’s international climate finance, which has come under criticism for links to fossil fuel projects in the past.