The Conservatives have finally unveiled their party manifesto, which commits to ban plastic exports outside of developed countries, a multi-billion pound energy efficiency scheme for homes and a promise to "go carbon neutral by 2050 and Corbyn neutral by Christmas". 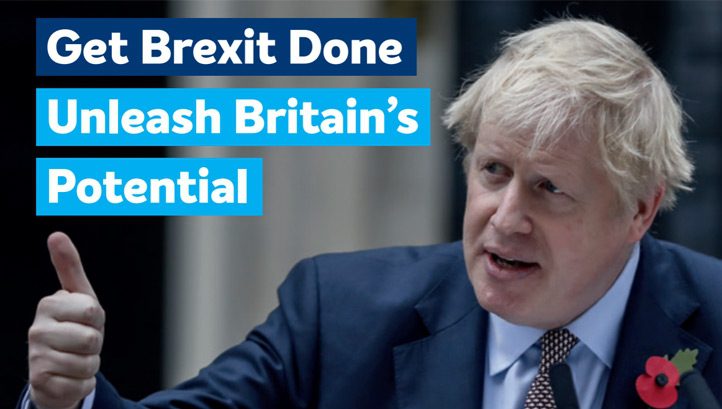 The manifesto places a big focus on energy efficiency and bills

Boris Johnson formally unveiled the manifesto on Sunday (24 November). The 59-page policy promise arrives just weeks ahead of the General Election and, in truth, is slightly lacking in the area of climate change and green policy.

The manifesto reiterates the party’s commitment to reach net-zero emissions by 2050, which has already been enshrined into law. It does include a new commitment to placing a ban on exporting plastic waste outside the OECD, “to reduce the environmental impact on the oceans as well as developing countries which do not have the capacity to handle it properly”.

It also confirms the mooted Office for Environmental Protection, which will uphold performance against environmental standards post-Brexit, including new legal targets for air quality.

The manifesto places a big focus on energy efficiency and bills. The Conservatives will keep existing energy price cap legislation, aimed at protecting customers. The manifesto also commits £6.3bn to improve the energy efficiency of 2.2 million disadvantaged homes, reducing their energy bills by as much as £750 a year. Clean funding for schools and hospitals takes the total energy efficiency funding pot to more than £9bn.

This will be delivered through a £3.8bn Social Housing Decarbonisation Scheme, reducing energy bills by an average of £160 a year, and a £2.5bn Home Upgrade Grant which will replace boilers, and provide insulations to 200,000 existing homes. It will cover costs up to £12,000 and apply to fuel poor households, both private and social.

“For the last three and a half years, this country has felt trapped, like a lion in a cage. We have all shared the same frustration – like some super-green supercar blocked in the traffic. We can see the way ahead. We know where we want to go – and we know why we are stuck,” Johnson noted in the manifesto foreword.

“There is only one way to pay for world-class health care and outstanding infrastructure – and that is to foster and encourage the millions of British businesses, large and small, that create the wealth of the nation. Their success is our success. It is thanks to the innovations of British battery-makers and turbine designers that we are able to cut CO2 – and achieve our goal of being carbon neutral by 2050.”

The party will use the £1bn Ayrton Fund to develop affordable and accessible clean energy and will invest £500m to help energy-intensive industries decarbonise. Funding support for areas of the green economy are somewhat vague outside of housing, but new flood defences will be part of a £4bn package alongside support for R&D and decarbonisation schemes. Both hydrogen and nuclear are supported in the manifesto, but mentioned fleetingly.

RenewableUK’s Director of Strategic Communications Luke Clark commented: “It’s great to see the Conservatives reinforcing their commitment to net zero emissions by increasing our offshore wind target to 40 gigawatts by 2030 and pledging support for innovative floating offshore wind projects. Offshore wind is a vital technology for tackling the climate emergency, and increasing our ambition will help to create tens of thousands of new jobs, especially in coastal communities, and attract billions in investment in much-needed clean energy infrastructure.

“As the party’s manifesto acknowledges, we will need to use a range of renewables to modernise our energy system – and that must include using the cheapest sources available, as well as innovative new technologies”.

The Conservative manifesto arrives just days after Labour’s own commitments document. The party’s election manifesto outlines how a Green New Deal, Green Industrial Revolution and a Climate Emergency Bill will put the UK on the cusp of a net-zero economy and drive economic growth through a green transition. READ THE FULL DETAILS HERE.

The backdrop to the election is set to focus on Brexit, trust and climate change. On the latter two subjects, A survey of more than 2,000 adults living in the UK has found that less than one in 25 believe politicians can be trusted to give accurate facts around climate change.