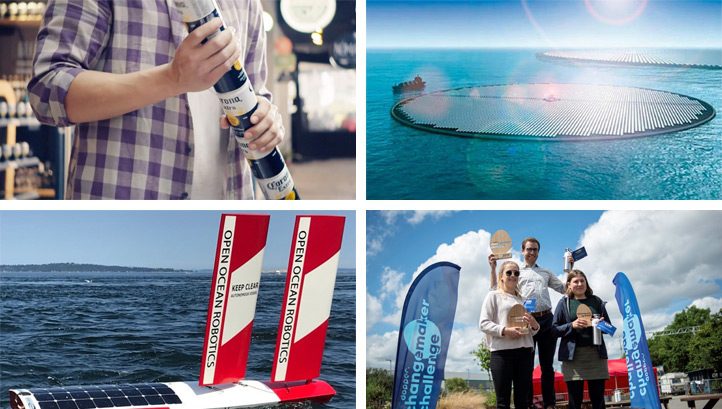 edie picks out six of its favourite green innovations every week

In a week where the UK became the first major economy to pass a net-zero emissions target into law, conversations immediately turned to how the nation would reach its new ambition. And, with companies like Burberry, Nike and Puma all reaffirming a science-based approach to emissions reductions it seems that accelerated decarbonisation will take place across the private sector as well.

Innovation will have a key role to play. Indeed, the UK Government has already announced £26m in funding for carbon capture, usage and storage (CCUS).

Using kelp to help with the battle against single-use plastics 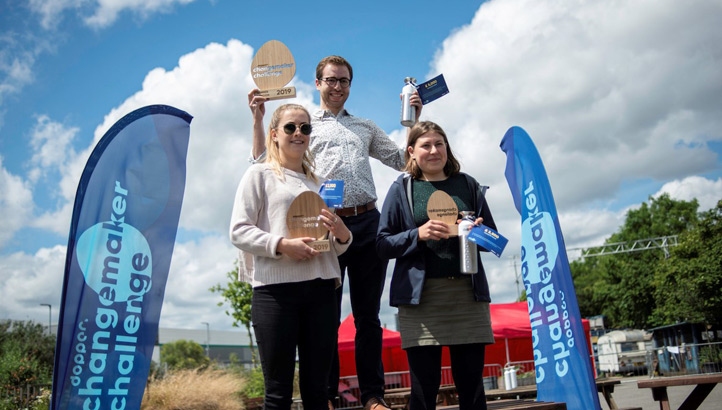 The BBC’s Hugh and Anita’s War on Plastics has again placed single-use items back into the spotlight. While many concept solutions exist to replace single-use plastics, many are lacking the research and funding to make visions a reality.

Marcus Rodin of Imperial College won the £5,000 research grant in the UK with a proposal to continue his PhD research into kelp. Judges of the challenge noted that kelp could become a mainstay renewable and biodegradable material used across packaging, the built environment as a replacement for current single-use cutlery and cups.

Sticking with the problem of waste, notably the variety that seeps into the oceans, beer brand Corona has been a champion of combatting ocean plastics for some time. But with the beverage industry using around 17 million tonnes of plastics of packaging annually, a systems change is needed.

Following on from the innovative success of Carlsberg’s “snappacks”, Corona’s Fit Packs are stackable cans that can fit and stay together without the need for plastic packaging. Currently, the packs are being run on a trial basis in Mexico, but Corona hopes to expand the solution globally.

The design eliminates the need for six-pack rings; a form of plastic packaging that commonly ends up in the environment, and more alarmingly around the necks of sea life such as turtles and birds. Corona is working with Leo Burnett Mexico City on the trials. 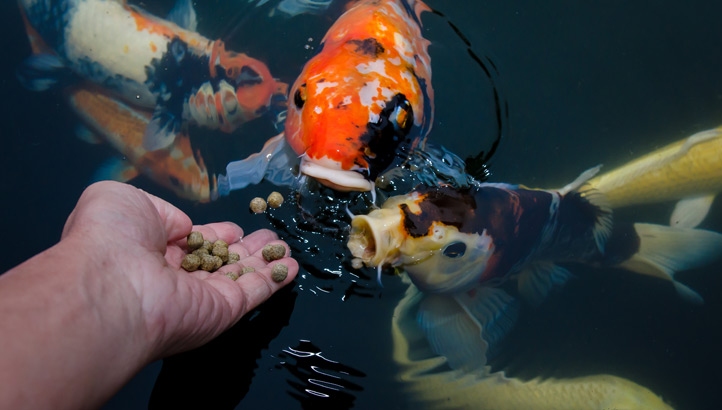 In August 2018, energy group Drax has announced that it is in talks with the British Beer & Pub Association to explore whether the CO2 captured during its bioenergy carbon capture and storage (BECCS) project could be used to tackle CO2 shortages in the beverage industry.

In the latest attempt to utilise its expertise on captured CO2, Drax has now teamed with Nottingham University’s Deep Branch Biotechnology to install a pilot plant and incubation area at a Carbon Capture Usage and Storage (CCUS) facility in the North Yorkshire power station.

The trial will explore whether captured emissions can be used in the process to make proteins for sustainable fish feed, as well as other animal feed products. Biomass generation gases can, according to the companies, be fed to microbes and used to make single-cell proteins for animal feed. If the trial is successful, a larger production facility could come online in the 2020s. 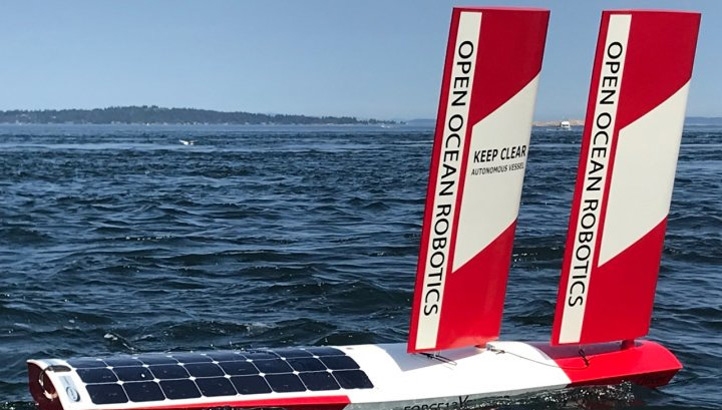 Whether its plastic pollution, acidification or rising sea levels, the world’s oceans are severely at threat from manmade impacts. In a bid to better monitor the health of the oceans, tech company Open Ocean Robotics is aiming to create autonomous boats that will monitor the deep blue to check fishing activities, average temperatures and look for oil spoils.

Open Ocean Robotics plans to use its renewable-powered autonomous boats to carry out these checks. The boats can be powered by solar and wind, are unmanned and are considered zero-carbon vessels.

The firm will place the first of its vessels into open waters this summer, with a boat set to travel across the Atlantic Ocean. As well as using technology and cameras to collect data on ocean health, it will also be able to map fuel-efficient routes for ships to take. The voyage is set to cover 5,000km of ocean between Canada and Ireland. 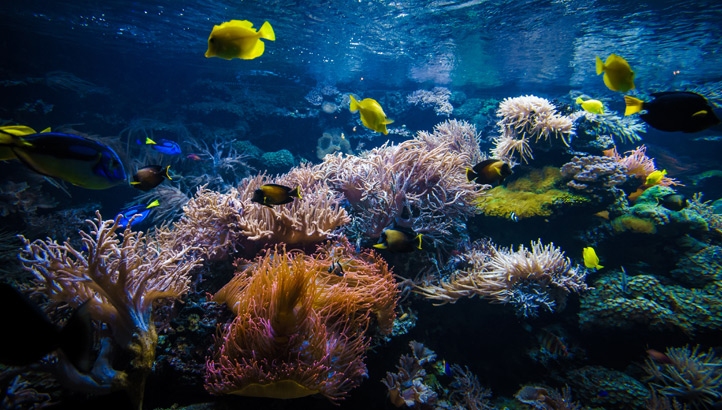 Sticking with oceans and mapping technology, the next innovation focuses on the health of coral reefs. The number of new corals on the Great Barrier Reef crashed by 89% after the climate change-induced mass bleaching of 2016 and 2017, for example, and efforts are being made to map the health of these reefs so that solutions can be used to restore them.

The Global Airborne Observatory (GAO) has been developed at Arizona State University’s Centre for Global Discovery and Conservation Science and has commonly been used to measure patterns of tree distribution in African savannas.

However, the flying observatory is set for its first ocean voyage, as its 3D-mapping tools will be used to scan the oceans and observe which reefs are healthy, declining or already dead. It is then hoped that solutions, which could include Mars’ innovative technology that ‘rebuilds’ coral reefs, could be used in a more targeted fashion. 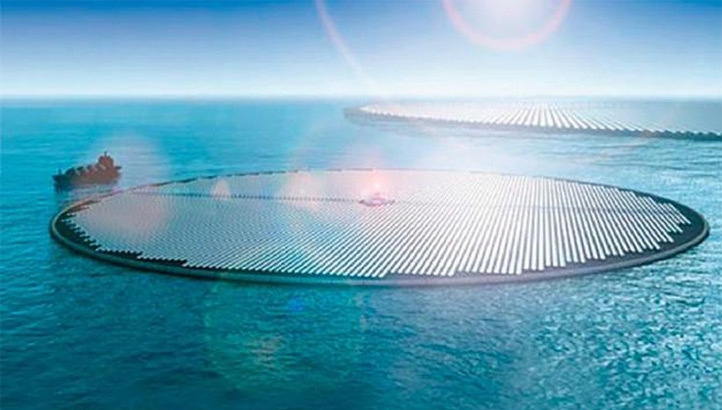 While observatories scan the ocean floors, millions of floating solar islands could soon populate the surface of our oceans, in a move that could combat climate change and eliminate fossil fuel use once and for all.

An outline for “solar methanol islands” was listed in a paper published in the Proceedings of the National Academy of Sciences journal by Scandinavian researchers. The floating islands would source solar energy using PV panels that would create electricity. From here the electricity would power hydrogen production facilities and extract CO2 from seawater, the gas produced would then be used to form methanol to create a renewable supply of fuel.

The researchers claim that 3.2 million floating islands would be able to offset the emissions from fossil fuels. However, production isn’t even at the prototype stage, and the team are still working out the logistics of what the floating island prototype would look like.