In the same week that Transport for London (TfL) suspended charges for the Ultra Low Emission Zone (ULEZ), Birmingham City Council has asked the UK Government for permission to postpone the launch of its Clean Air Zone. 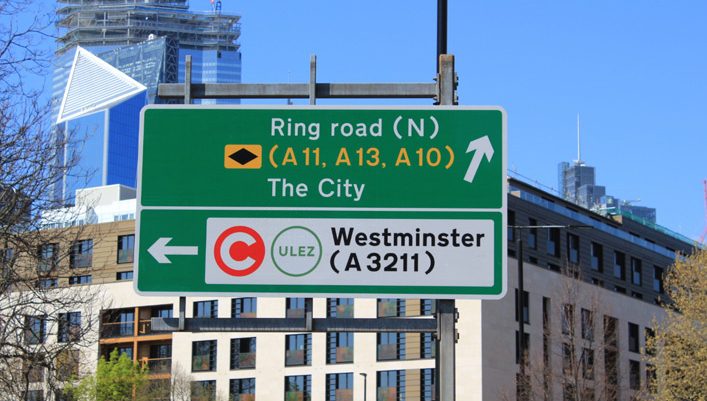 Birmingham's CAZ was due to be launched early this summer

Birmingham City Council stated in its letter to Westminster that, given the coronavirus outbreak, the current focus of local businesses “is on trying to support employees rather than upgrading vehicle fleets” in line with Clean Air Zone (CAZ) requirements.

The local authority is requesting that the launch of the CAZ, originally diarised for May 2020, is delayed until at least December 2020. It has agreed to ensure any new launch date is “kept under constant review in conjunction with the government’s Joint Air Quality Unit”.

Birmingham City Council has had to ask the Government, rather than simply making the delay itself, as the CAZ has received £38m from the UK’s Clean Air Fund and £14.2m from its Implementation Fund. The former pot is being used to help affected businesses and individuals, while the latter is being used to enable the delivery of signs, cameras and other infrastructure.

Cabinet member for transport and environment at the council, Cllr Waseem Zaffar, said a CAZ “remains the most effective way of making a sustainable improvement to Birmingham’s air quality”. Once the CAZ is eventually introduced, it is expected to apply 365 days a year to all non-Euro-6-compliant vehicles.

“Once we have addressed coronavirus in the immediate term, poor air quality will continue to be a significant issue in the long term, and we should not be complacent,” Zaffar said.

Birmingham City Council’s letter to Westminster was sent shortly after Oxford City Council and Oxfordshire County Council confirmed that the launch of the Zero Emission Zone (ZEZ), originally earmarked for December, would be pushed back.

The local authorities said the decision was taken in recognition of the fact that businesses and households across Oxford will “need to focus all of their attention on managing the current and potential impacts on their trade and way of life”.

Similarly, TfL took the decision on Monday (23 March) to temporarily suspend all road user charges indefinitely – including those made under the ULEZ, Low Emission Zone and Congestion Charge.

London Mayor Sadiq Khan had asked TfL to make these changes so that key workers, including NHS staff and those delivering medicine and groceries, could get around “as easily as possible”.

The first phase of the ULEZ was introduced last April and, within six months, had decreased air pollution by around one-third, and emissions from road transport in the City Centre by 13%.

Suspending the ULEZ is not expected to hamper this progress, as the Government has mandated that UK residents stay at home and do not use any transport except for going out for food or medicine, or for travelling to work if they are unable to work at home. With business activity now at a record low across Europe, travel relating to logistics is also dramatically reduced.

“This is not an invitation to take to your cars,” Khan warned. “People should not be travelling, by any means, unless they really have to.”

Aside from London, Birmingham and Oxford, only Bath, Leeds and Greater Manchester have approved plans to introduce ULEZs, ZEZs or other forms of Clean Air Zone. UK100, which co-ordinates city-level action on clean air across the UK, said none of these three cities have yet indicated that the coronavirus will impact their plans for delivery.