Major premium food supplier Cranswick has flicked the switch on a 2MW combined heat and power (CHP) unit at its Country Foods factory in Preston, Hull. 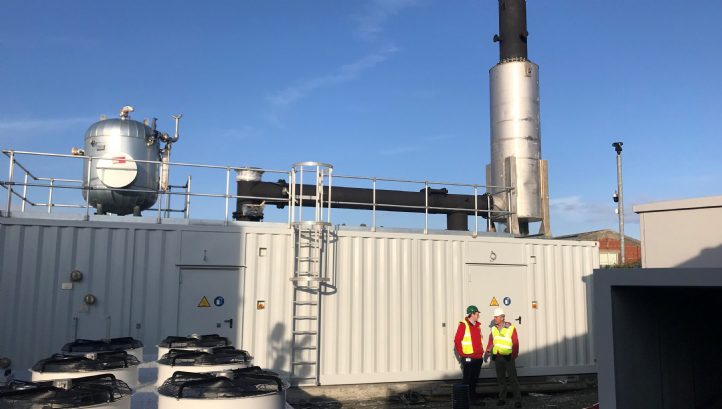 The company revealed this week that the onsite energy project had come online for the first time, following a 12-month design and construction process.

Developed and installed by BasePower, the CHP system converts natural gas into both electricity and heat using a single process. It enables the heat from the burning of the fuel to captured for ‘recycling’ and use within space heating, hot water supply and industrial processes.

The CHP unit had been installed before Christmas 2018, and began generating electricty shortly after. The commissioning of steam and hot water supplies is set to be added over the next few months, with the technology set to supply the “vast majority” of the site’s total electricity requirements once the project is completed.

Overall, Cranswick has estimated that the facility will reduce its overall carbon footprint by more than 650 tonnes of CO2 annually, once it is “fully fired”.

“Cranswick prides itself on being an industry leader in green thinking and our dedication to reducing energy use and lowering the carbon footprint of our food production sites is a core part of our Second Nature initiative,” Cranswick County Foods’ Preston-based site director Darren Andrew said.

“BasePower’s onsite energy scheme underpins this commitment along with our own recent upgrades to animal welfare, food waste reduction and environmental performance here at Preston.”

The installation of the CHP unit was funded entirely by investment from BasePower, which will operate the technology throughout its life. It is being financed through a nine-year power purchase agreement (PPA) with Cranswick.

The installation of the CHP facility is the latest in a string of carbon-reduction initiatives by Cranswick, which is striving to reduce its total carbon footprint by 30% by 2020, against a 2010 baseline.

Its progress to date stands at a 26% reduction, putting it on track to meet this target. A large proportion of this progress was achieved in 2017, when the company switched to 100% renewable power for the entirety of its operations.

The company is additionally investing in a number of site-specific carbon reduction and energy efficiency schemes at its four largest facilities, which collectively account for 71% of its energy footprint.

The Preston site, for example, plays host to a heat recovery system. This technology captures exhaust gases from the singer, using them to generate hot water and therefore reducing reliance on the site’s boilers.

Similarly, Cranswick is refitting the refrigeration system at its Watton factory in Norfolk to incorporate innovative, low-carbon and low-energy cooling technology. The fridges will be fitted with heat exchangers that will capture excess heat and use it to generate hot water.

Elsewhere in its sustainability strategy, the company has pledged to use 100% recyclable and sustainably-sourced packaging by 2025. It has also committed to reduce its plastics use by 50% by the same deadline.

As for food waste, Cranswick is striving to become a “zero food waste” business by 2030. The company is notably an official friend of Champions 12:3 – a partnership of key government, business and society leaders aiming to drive cross-industry progress towards the second Sustainable Development Goal (SDG) of halving food waste by 2030.