Chancellor Rishi Sunak is planning to outline a string of tax changes later this month, with the Confederation of British Industry (CBI) urging him to use the moment to support the net-zero transition. 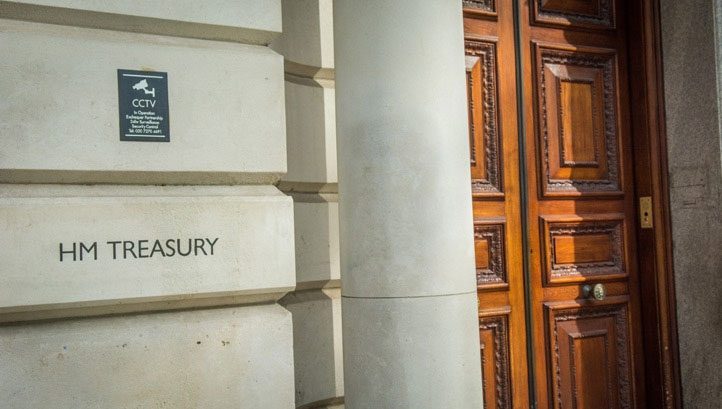 The announcement from the Treasury is due on 23 March

In a new paper released this week, the trade body, which is one of the UK’s biggest, urges Sunak to couple the need to address immediate pressures on public finances and the need to align the UK economy with net-zero. It argues the case for several targeted environmental tax incentives.

The paper posits the case for changes to tax and incentive schemes around electric vehicles (EVs) because, while the UK market is growing rapidly, many businesses and individuals are still deterred by the upfront cost of purchasing EVs. It outlines the benefits of a reduction in VED and VAT for EVs in the short-term and exploring similar measures for hydrogen fuel cell trucks in the years to come, given that such vehicles are “not currently routinely available” to businesses.

It also points, as many green groups have done, to missed opportunities to change VAT rates, business rates and structures and buildings allowance (SBA) requirements for energy efficiency materials and technologies at the 2021 Budget. Rates could also be reshaped here to encourage businesses – particularly SMEs – to invest in onsite renewable generation and low-carbon heating systems.

“The high burden of business rates – a tax rate of close to 50% – often means that the costs associated with improving the property outweigh the benefits and can make the investment commercially unviable,” the report states.

“Green technologies such as solar panels are included in the business rates calculation, which can be the tipping point of that investment not going ahead. This means that too often these investments do not take place, which is out of kilter with the government’s net-zero ambitions.”

It is worth noting that the Government’s Heat and Buildings Strategy is due imminently, following a string of delays. This will provide more clarity on incentives, including the replacement for the Renewable Heat Incentive (RHI). It is unclear whether it will be published before the tax announcement on 23 March, however.

The last sector spotlighted by the CBI is low-carbon R&D. While the Treasury confirmed a new Net Zero Innovation Portfolio of finance totalling £1bn at the Budget, building on the £12bn Ten-Point Plan, the CBI paper states that more must be done to maximise the impact of R&D tax credit, to ensure the broadest and most rapid benefit.

While the CBI has made sector-specific recommendations, the overarching ask of the report is for the Treasury to publish an overarching tax policy roadmap “which placed net-zero by 2050 at its core”.

The report details a string of principles that the Treasury cold embed into all tax decisions to minimise and eradicate loopholes, phasing-out all tax frameworks that encourage action that is not net-zero aligned. The principles are: Polluter pays; certainty; international cooperation; carrot and stick; greenhouse gas hierarchy; green technologies; transparency; circular economy and just transition.

The publication of the CBI report comes less than a week after the Government was accused, by two separate committees of MPs, of failing to deliver a credible plan for delivering against its long-term climate ambitions. The reports from the Public Accounts Committee and BEIS Select Committee followed similar criticisms by the Committee on Climate Change and the Environmental Audit Committee.

Ministers have repeatedly assured peers, media representatives, businesses and the general public that the Government’s net-zero approach will be “joined-up” ahead of COP26. A roadmap detailing key interim targets for sectors, and the preferred methods for delivery,  is due to be published this autumn.