A swathe of businesses, research hubs and other organisations within the livestock and dairy sectors are supporting a new UN-backed initiative plotting a course to net-zero emissions. 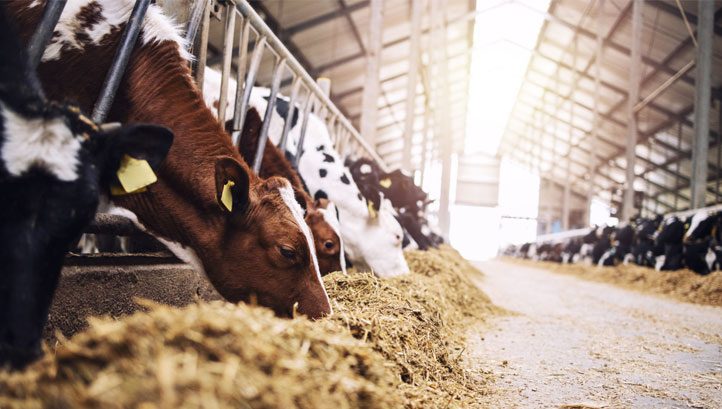 Announced at the UN’s pre-summit for the Food Systems Summit, which is taking place in Rome this week, the new initiative is called ‘Pathways to Dairy Net-Zero’. It is convening businesses, NGOs, researchers, scientists and academia in the joint development of a new roadmap to net-zero by 2050 at the latest, to be adopted globally in the dairy and livestock sectors.

Commitments will be developed for “every area of the dairy community”, covering not only carbon but other greenhouse gases (GHGs) including methane.

A press statement regarding the new initiative states that the organisers are exploring a reduction in methane emissions of 24-27% by 2050 and a reduction in nitrous oxide emissions by 26% within the same timeframe, with these figures based on the Intergovernmental Panel on Climate Change’s (IPCC) landmark report in 2018.

As for CO2, the statement indicates that it may be possible for the sector to reduce emissions by up to 40% simply by improving productivity and resource use efficiency. Action in other areas, such as nature restoration and decarbonising equipment, could drive further progress.

The Pathways to Dairy Net-Zero initiative will also develop methodologies, tools and pathways to delivering against these new targets, and regularly report on progress. More information is set to be unveiled at the UN’s Food Systems Summit in September and then at COP26 in November.

Research has already begun to develop the targets and pathways, which will be context-specific depending on geographical region and the nature of the dairy value chain.

“Although there is a wide variety of production systems globally, there are opportunities for all to reduce GHG emission intensity,” the press statement reads. The global dairy sector notably reduced emissions intensity by 11% between 2010 and 2019, while increasing milk production by 30%. However, absolute emissions will now need to be decreased rapidly. As of 2015, dairy accounted for around 3.4% of the world’s annual GHG emissions.

The Global Dairy Platform, which is spearheading Pathways to Dairy Net-Zero, claims that “there is no other climate effort of its size and scope in agriculture”.

“Our initial analysis suggests that wider use of existing greenhouse gas mitigation technologies will make an important impact in reducing dairy’s emissions in the short term, while the development of new innovations takes place,” the GRA’s special representative Hayden Montgomery said. “This initiative may ultimately act as a blueprint for other livestock sectors.”

A snapshot of consumer attitudes

Earlier this summer, Kerry Group, which owns dairy, taste and nutrition brands, released the results of a major survey of 14,000 consumers across 18 countries, polling them on their attitudes to environmental sustainability when choosing food.

On a global basis, half of the respondents said they consider the sustainability of food and drink when making any purchase, but Kerry Group found that concern about personal health and direct impacts were a larger priority than tackling global issues including climate change. For example, commonly-cited priorities included local sourcing, organic products, locally sourced products and nutritional value.

British respondents were more sustainability-minded than the global average. Almost two-thirds (64%) of the UK-based respondents said they are “strongly influenced” by sustainability-related factors and claims when choosing food or beverages at the supermarket, with 58% saying they are “strongly influenced” when choosing at food-to-go outlets or dining at cafes, work canteens and restaurants.

When Kerry Group looked at which age group was most engaged with the issue, the answer was older millennials – those born between 1980 and 1989.