Energy giants and businesses operating in Teesside and Humberside look set to collaborate on the deployment of carbon capture usage and storage (CCUS) technology in a bid to create net-zero industrial clusters. 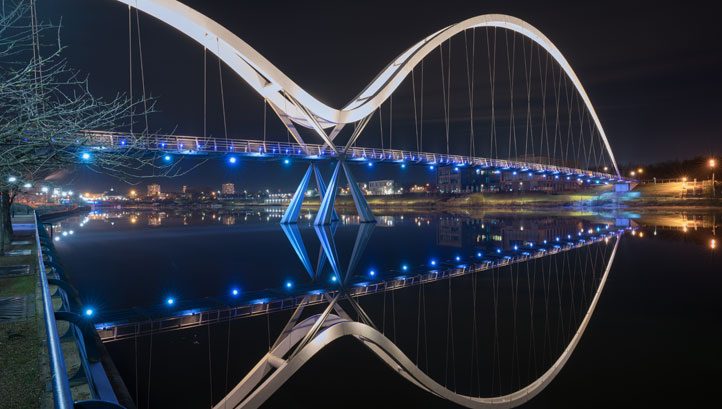 Under the UK’s net-zero ambition, the Government has committed to fully decarbonising at least one industrial cluster by 2040. This has spurred a race between clusters in the North West, Teesside, Humberside, Grangemouth, South Wales and Southampton to become the first to do so.

Now, the Humberside and Teesside projects are leveraging their knowledge through a new partnership that will develop net-zero carbon industrial clusters. These two regions account for nearly 50% of all UK industrial cluster emissions. Businesses in the regions are working collaboratively through the East Coast Cluster.

The Northern Endurance Partnership (NEP) has submitted a bid to the Department for Business, Energy & Industrial Strategy (BEIS) on behalf of the East Coast Cluster. The bid will aim to deploy CCUS technology across these regions.

The NEP was launched in October 2020, aiming to develop carbon transportation and storage infrastructure in the North Sea to assist with plans to decarbonise the UK’s industrial clusters. BP Eni, Equinor, National Grid, Shell and Total are all founding members of the NEP, which submitted a bid for funding through the UK Government’s £170 million Industrial Decarbonisation Challenge, which aims to scale up technologies such as carbon capture and hydrogen networks.

The NEP, Net Zero Teesside and Zero Carbon Humber believe that the East Coast Cluster can capture, transport and store up to 27 million tonnes of carbon emissions annually by 2030. The Cluster could also support an average of more than 25,000 jobs each year between 2023 and 2050.

“Hundreds of thousands of jobs have relied on the industries which have grown in these regions and the East Coast Cluster, by decarbonising hard-to-abate industries, aims to keep it that way, while developing a platform for UK industry to compete on a global scale.”

The Cluster would utilise an array of low-carbon technologies in a bid to reach net-zero. These include low-carbon hydrogen production and negative emissions solutions. The NEP will develop the offshore infrastructure to transport CO2 from the industrial clusters to offshore storage in the Endurance aquifer in the Southern North Sea. Feasibility work on these projects is being co-funded by the UK’s innovation agency, Innovate UK.

The new coalition will pull together some of the world’s biggest energy firms. Drax, Equinor and National Grid have already published roadmaps fleshing out their plans to create the world’s first zero-carbon industrial hub in the Humber region by 2040. While BP, Eni, Equinor, Shell and Total have all signed up to spearhead the development of the Net-Zero Teesside project. The locations will also host some of the UK’s most ambitious low-carbon projects.

In related news, the Grangemouth industrial cluster is one step closer to deploying CCUS technology.

INEOS and Petroineos own and operate one of Scotland’s largest manufacturing sites at Grangemouth and have this week signed a Memorandum of Understanding with the Acorn CCS Project. This project will be Scotland’s first carbon capture and storage system.

Any potential investment into CCUS at the Grangemouth site looks set to enable the capture and storage of approximately one million tonnes of carbon a year by 2027.

Both companies have already reduced emissions at the facility by 37% since gaining ownership in 2005. It is estimated that the proposed investment will increase emissions reductions to more than 50% compared to 2005 levels.

INEOS Grangemouth’s chairman Andrew Gardner said: “INEOS and Petroineos at Grangemouth recognise the importance of reducing greenhouse gas emissions from our industrial processes. As one of Scotland’s largest manufacturers and employers, we acknowledge that we are operating a CO2-intensive industry and we have a significant role to play in helping Scotland reach its net-zero target by 2045.

“We have already made significant reductions since taking ownership of the site and we are delighted to be taking this further by supporting the Acorn CCS Scottish Cluster bid. Once operational, the carbon capture and storage system will provide an essential route to permanently and safely capture and store CO2 emissions for large industrial emitters throughout Scotland with significant positive impact for Climate Change and the country.”