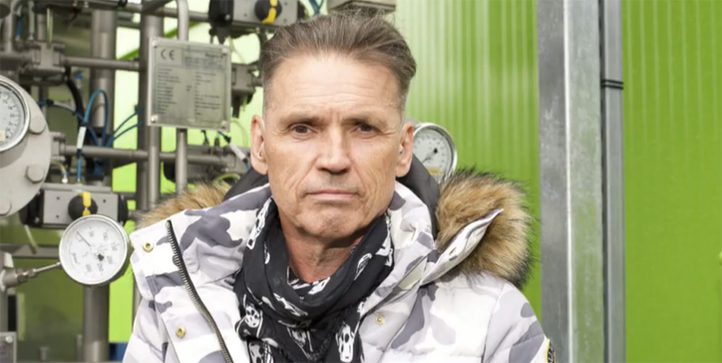 Renewable electricity firm Ecotricity’s founder Dale Vince has announced plans to step down as its chief executive, to explore a career in politics.

Vince founded Ecotricity in 1995 with a single wind turbine near Stroud, Gloucestershire. It installed its first large-scale turbine the following year and has since grown exponentially. By 2019, it was serving 200,000 customers across the UK and recording an annual turnover of more than £300,000.

In a message sent to staff at Ecotricity this morning (1 April), Vince announced that it was time to “pass the baton” to a new owner. He has since spoken with the BBC and Greatest Hits Radio Gloucester to confirm the decision, which was interpreted by some at first as an April Fool’s Day prank.

Vince attributed his decision partly to a desire to move into politics and partly due to the fact that he believes a new leader is needed to help Ecotricity grow. The business is planning to complete 30MW of renewable energy projects in 2022; this year should be its biggest to date in terms of capacity additions.

“This is a huge decision – it’s been my life for a long time and is arguably my life’s work,”  Vince’s note to Ecotricity’s staff reads. “But it’s the right decision at the right time – our pipeline of green energy projects is way beyond what we can fund ourselves, while at the same time, the country’s need for new sources of renewable energy has never been bigger.”

“We have everything we need to get to net-zero as a country, we have the technology, economics is on our side, as are the public – we clearly have the need, what we lack are politicians that get it and the policies that will help make it happen – faster.”

Vince has previously donated to both the Labour Party and the Green Party. He has not yet announced more specific plans for the role he intends to play in UK politics.

The UK’s next general election is set for May 2024 but commentators are speculating that Prime Minister Boris Johnson may well call a snap election. Last week’s Spring Budget added fuel to the fire of this speculation, with Chancellor Rishi Sunak delaying a cut in the basic rate of income tax – but not until 2024.

Vince has confirmed his intention to stay on as chairman of League Two football team Forest Green Rovers. He stepped into that role in 2010 and oversaw its conversion to a vegan, renewably-powered club with an organic pitch. In recent years, Vince has been developing plans for a new ‘Eco Park’ stadium with an array of build-in sustainability features for the club. Work on ‘Eco Park’ will continue, as will Vince’s work on climate action in sport through the UN.

KPMG will be presiding over the sale of Ecotricity to its new owner.