The European Investment Bank (EIB) has invested €890m in gas projects since it pledged to phase out investments into fossil fuels by 2022, contradicting the bank's "gas is over" narrative, activists say. 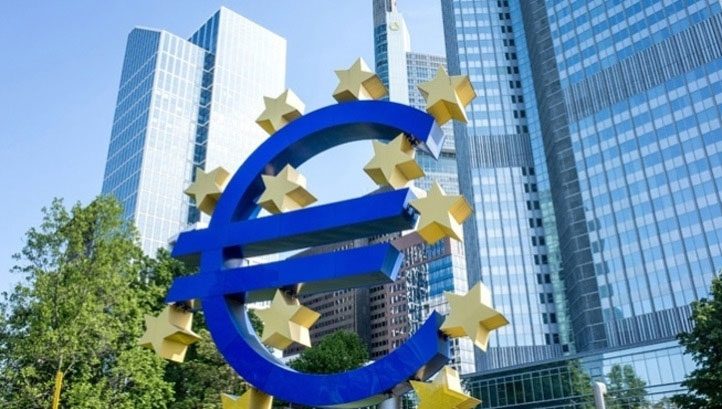 In 2019, the EIB pledged to phase out fossil fuel investment by 2022 as part of an attempt to transform itself into Europe’s climate bank.

But during the transition period, it has invested €890m in six gas projects, says Counter Balance, a green finance NGO.

Contacted by EURACTIV, the EIB confirmed the funding for the six gas projects in Poland, the Netherlands, Lithuania and Greece and two in Cyprus.

“The projects were already under appraisal at the time the EIB Energy lending Policy was approved and are therefore eligible for financing under the transition period until end 2021,” the EU bank said.

Those projects have come under criticism from green activists for prolonging the use of natural gas, a fossil fuel that emits greenhouse gases when burned into power plants.

“This huge infrastructure will actually end up locking us in those polluting fossil fuels for decades. That two-year [transition period] will actually have an impact for 20, 30 or more years,” said Clara Bourgin from Counter Balance.

“Even if they’re allowed to do this, this is different from the narrative they’re trying to build of wanting to become this EU climate bank and being aligned with the Paris Agreement,” she added.

The EIB’s revamped energy lending policy says “phasing out fossil-fuels represents a significant change for the Bank. In order to manage this change, the Bank will continue to approve projects already under appraisal until the end of 2021. In addition, during this period, the Bank can approve gas infrastructure projects included under the 4th list of Projects of Common Interest co-financed with EU budget.”

The EIB now wants to turn the page on gas. When he presented the bank’s annual results in January, EIB President Werner Hoyer, warned EU member states for having put “all the(ir) eggs into the basket of gas”.

“To put it mildly, gas is over. And this is a serious departure from the past,” he said. “Without the end to the use of unabated fossil fuels we will not be able to reach the climate targets … so we need to take the realities that the future does not lie in fossil fuels anymore. And I think we have to show credibility on that question.”

But Greenpeace’s finance campaigner Piotr Wojcik said it is becoming clear that gas is not over yet for the EIB.

He pointed to two issues with the investments – the climate concern of prolonging gas and the financial risk of creating stranded assets by investing in fossil fuel infrastructure, which will get more expensive to operate as carbon prices rise.

“All of the projects will have significant impacts on climate as they lock Europe into gas infrastructure for decades and contradict the EIB’s ambition to become the EU’s climate bank,” Wojcik said.

“By still funding these projects, the EIB is slowing down the green transition, by funding new gas infrastructure, new power plants, and gas pipelines,” he added, warning that while the new Energy Lending Policy was a good first step, the bank is “saying one thing and delivering something different”.

Counter Balance and Greenpeace raised particular concern over the funding of the first LNG terminal in Cyprus, which they warn could lock the island into fossil fuel for decades.

“It will not help reach international climate objectives, is against Paris Agreement objectives and proves that the EIB is not a climate bank yet,” Wojcik added.

Despite the criticism, the EIB has been decreasing its support for fossil fuels. In the last five years, out of €60bn investment into the energy sector, 90% went to renewables, electricity grid and energy efficiency.

The bank also aims to unlock €1trn of climate investment over the next decade.

Alongside phasing out fossil fuels, the EIB has pledged to align its goals with the Paris Agreement. Its climate roadmap to transition to more sustainable projects, was approved by EU member states in November last year and applies to any new projects.

But Counter Balance and Greenpeace warn that the bank is not completely ruling out fossil gas because the climate roadmap still allows funding under strict criteria.

The EU bank will phase out all support to unabated fossil fuels, but gas can still receive finance provided it meets the 250g CO2e/kWh emission standard for power generation. This excludes all gas-fired power-only plants running solely on natural gas, but would allow the use of carbon capture and storage and cogeneration with low-carbon fuels.

The EIB’s revamped lending policy will also allow investment in transporting “low carbon” gases such as biomethane or hydrogen, including the retrofitting of gas infrastructures. “Hydrogen readiness” will not be a sufficient condition for eligibility, evidence will need to be provided that the infrastructure will transport or store low carbon gases in increasing quantities.

But Bourgin warned that the term “low carbon gas” is vague, saying, “There’s not really a clear definition of what that means. Often, they would mean financing even fossil gas infrastructure, which is based on the promise of carbon capture and storage for example.”