Aluminium and hydropower giant EN+ Group has built on a target to reach net-zero emissions by 2050 by also confirming the development of the world's lowest carbon aluminium from inert anode technologies. 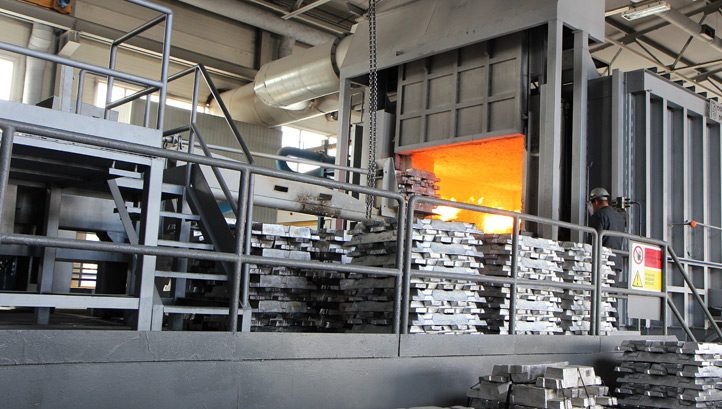 The new stretching target was unveiled in the latest iteration of the company’s sustainability report. The use of anode technology, which is still being developed by the group, would deliver a massive decline in emissions from the development of aluminium.

According to the Group, metal produced with inert anodes has a carbon footprint that is 85% lower compared to traditional production methods. The new-generation inert anode electrolysers have currently enabled the Group to produce aluminium with less than 0.01 tonnes of CO2 equivalent per tonne of metal.

The process also creates the release of pure oxygen. The sustainability report claims that “just one of our inert anode cells can generate the same volume of oxygen as 70 hectares of forest”.

EN+ Group has already reduced emissions associated with aluminium production by more than 50% compared to 1990 levels.

The report also details the ongoing progress of a “New Energy Programme” which was launched in 2007 to modernise hydropower plants in Siberia. Investment in the programme runs to 2046 and it is expected it will lead to an increase in the generation of renewable energy of 2bn kWh by 2022 alone.

EN+ Group’s executive chairman Lord Barker said: “I am proud of the clear and wide-ranging ESG progress that we made in 2020, especially given the extraordinarily challenging operating conditions created by the pandemic.

“However, that did not stop us continuing to drive forward our ambitious sustainability mission and preparing the ground for the two most significant announcements we have ever made in relation to our sustainability performance: our industry-leading targets for greenhouse gas emissions reduction, with a clear ambition of achieving net-zero emissions by 2050; and the success of our new-generation inert anode electrolysers allowing us to produce the lowest carbon aluminium ever created. “

At the start of the year, the group announced plans to become a net-zero business by 2050, with a target also in place to reduce greenhouse gas emissions by 35% by 2030.

The group will engage with the UN Global Compact, a key partner of the SBTi, to ensure that the targets, which include a 35% reduction in emissions by 2030, are aligned to climate science. EN+ Group is part of the 9,500+ network of companies seeking to improve human rights, labour, environment and anti-corruption through the UN Global Compact initiative.

EN+ Group already produces 6% of the global aluminium output, while the energy segment of the group is the largest independent power producer in Russia. The Group operates hydro-generating assets totalling 15.1GW of installed electricity capacity and 17 kGcal/h of installed heat capacity.

The net-zero ambition will be delivered through the creation of an internal “climate change taskforce” led by chief operation officer Vyacheslav Solomin.