The UK Government's Environment Bill has passed its second reading in the House of Commons and will now move to committee stage, following a vigorous debate between MPs on the legislation. 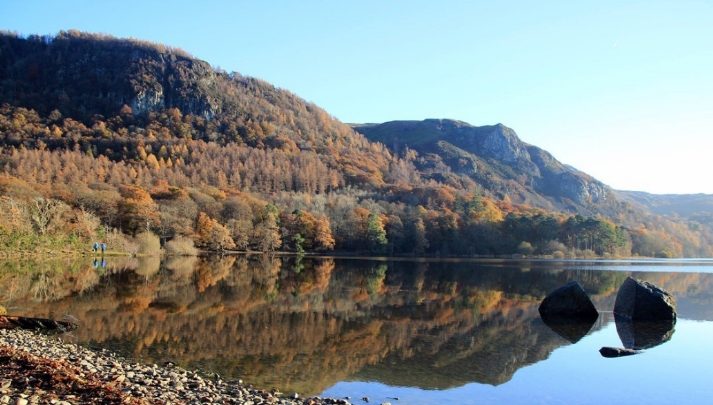 The bill builds on the 25 Year Plan for the Environment. Pictured: Derwentwater in the Lake District

But MPs from across the opposition and Government benches hit out at policies in the package which they believe lack teeth and weaken e environmental policy agenda.

Opening the debate, environment secretary Theresa Villiers said: “Our action is guided by the mounting scientific evidence of the inextricable link between climate and nature. Wildlife habitats are crucial carbon storage systems. Protecting those forests, peatlands and natural open spaces is vital if we are to have any chance of averting disastrous climate change.

Responding to a question from Labour’s Vernon Coaker on government plans for the Bill following a General Election, Villiers said that it was “vital that the Bill comes back to the House as soon as possible to ensure that we can embed in legislation the important protections it contains.”

Villiers was also challenged by Labour’s Dr Rupa Huq on the expansion of Heathrow Airport – a project she has previously campaigned against. She said it was up to the scheme’s promoters to  “demonstrate that they can come up with a scheme that meets the exacting conditions on the environment that Parliament has set”.

Continuing her presentation of the Bill, Villiers said that it would “enshrine environmental principles in UK law for the first time” ensuring that the environment will be placed at the centre of Government decision making.

She also confirmed that powers for the deposit return schemes and the polluter-pays principles would be enshrined in the Bill – and that it enabled a consistent set of household and business waste to be collected to enable easier and seamless recycling; both core tenants of the Government’s Waste and Resources Strategy.

But Green MP Caroline Lucas voiced concerns about biodiversity net-gain. She said: “It says that the net-gain sites are guaranteed for only 30 years. They could be ploughed up after 30 years. Does that reflect a long-term vision?”.

Lucas also said the Bill “regrettably goes backwards, not forwards” in a number of areas such an “unambiguous duty on all public bodies to apply environmental principles to policy and funding decisions”– as well as legally binding interim milestones on the UK’s journey to net-zero emissions by 2050.

Former Conservative and now Independent MP Antoinette Sandbach, who also sat on the energy and climate change select committee until it was disbanded in 2016, called on the government to give assurances that the Bill would enshrine a ‘non-regression principle’ – meaning environmental standards wouldn’t fall behind where they currently are. This point was picked up by many other MPs, including Conservative MPs Richard Graham and Neil Parish, Labour’s Mary Creagh and Caroline Lucas.

However, some Tory MPs got up to defend the Bill, such as Maria Miller. Miller said the plastic deposit scheme had “captured the imagination of young people” in her constituency and argued the Bill also addressed big items like air pollution and water.

Additionally, questions were raised about the independence of the Office for Environmental Protection (OEP), with SNP MP Deidre Brock calling it a “major disappointment” and “clunky and unwieldy”, without strong enforcement and prosecuting powers. Bristol MP Kerry McCarthy welcomed the fact the new Office will be based in her city, but said it needs the resources to be successful and pointed to how the current Environment Agency struggled in its enforcement role due to a lack of resource.

Read about how members of the UK’s key green groups reacted to the Environment Bill’s first reading by clicking here.