Some of the UK's biggest nature charities have called amendments made to the Environment Bill this week "weakly worded", arguing that they leave loopholes for the UK to backtrack on a commitment to improve nature for the next generation. 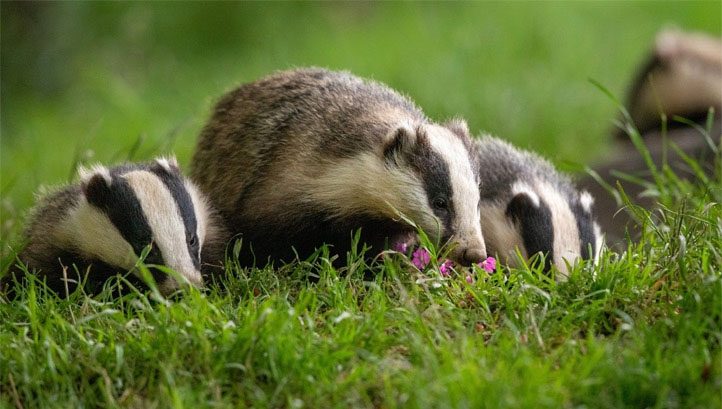 Amendments were made to the Bill on Tuesday (8 June) after it was re-introduced to Parliament following Covid-19-related delays during the last week of May. The changes provide more clarity on a new legally binding target to “halt the decline of wildlife and nature” by the end of the decade, following decades of decline for the majority of native species.

When the target was first touted by the Department for Food, the Environment and Rural Affairs (Defra), it was compared to the UK’s net-zero carbon emissions target. This is legally binding and Ministers have accepted, as per the advice of the Climate Change Committee, that work needs to begin sooner rather than later. Nature charities are warning that the nature target bears neither of these similarities.

“This weakly worded target includes no set date for the Government to halt the decline of wildlife, merely requiring the decline to slow down by 2030,” the charities said in a joint statement. More than 25 organisations have expressed this concern, including WWF UK, Greenpeace UK and the Wildlife and Countryside Link, in a letter sent to Prime Minister Boris Johnson.

The letter also criticises changes made to the Bill last month regarding amendments to Habitat Regulations. When compounded by the updated Planning Bill, the letter argues, “much-weakened nature protections” are likely to apply to planning applications in England.

“Without a clear date when it would be achieved, this wildlife target is certainly not a net-zero for nature,” Wildlife and Countryside Link chief executive Richard Benwell said.

“With swift changes, the Environment Bill could still be world-leading, but, at the moment, it remains a run-of-the-mill Bill, not the ground-breaking law that was promised. The Prime Minister is saying all the right things about averting an ecological crisis at the G7 [Summit], but the Environment Bill must be urgently strengthened to give substance to his rhetoric.”

Some 180,000 people across the UK have already signed a petition to support the ‘State of Nature’ campaign, jointly supported by several of these charities. That campaign’s overarching aim is to instate a legally binding target to halt the decline of nature this decade.

Responding to the claims, Environment Secretary George Eustice said: “We are heading into the G7 summit, and later this year COP26, as leaders on the world stage when it comes to the protection of the environment and nature. Claims to the contrary are wrong.

“Our landmark Environment Bill will include a duty for a new, historic legally binding target for species abundance for 2030, aiming to halt the decline of nature. The target will be developed alongside wider targets in the Bill through independent expert advice and engagement with stakeholders, and set following the agreement of global targets at the UN Nature Conference CBD COP15 this autumn.”

In edie’s 2020 ‘Green Recovery’ survey of more than 240 sustainability and energy professionals, more than half flagged the Environment Bill as their top green policy priority for 2021.

edie recently hosted a biodiversity-themed Masters series of exclusive content with the Woodland Trust, designed to inform, inspire and empower professionals to help develop leading nature projects and strategies for their organisations.

Additionally, to mark the UN’s International Day of Biological Diversity, edie’s editorial team last month hosted an exclusive panel discussion with experts from Unilever, Thakeham Group, the ECIU and the Wildlife and Countryside Link. You can catch up with that recording here.