Leeds Bradford Airport has this week withdrawn its planning application for a new terminal, following campaigns from green groups that prompted the Government to call in the proposals. 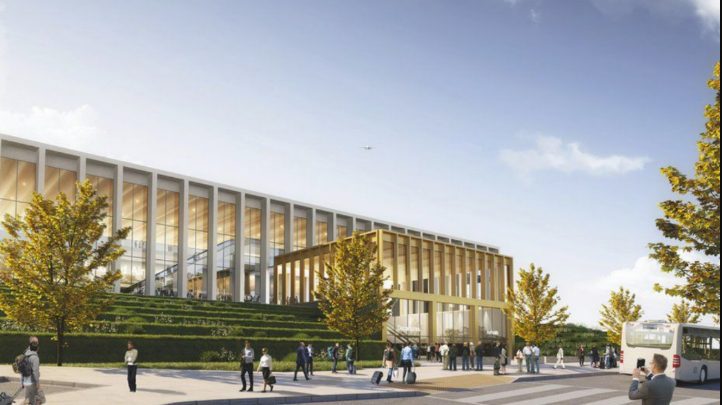 The Airport operators issued a statement on Thursday (10 March) confirming the decision. That statement outlined how “excessive delays”, partly due to Covid-19 and partly due to the Government’s decision to hold a public inquiry into the development, had pushed up costs.

“With large investment in the scheme so far, airport bosses say they are not prepared to commit a further uncapped sum over an indefinite timeframe into a public inquiry process when their focus needs to be on modernising the airport for the future,” the statement reads, confirming that investment has reached £4.2m to date.

“The airport will instead turn its attention to developing the extension to the existing terminal, originally approved by Leeds City Council in 2019, to enable it to meet the rapidly increasing passenger demand as the aviation sector recovers from the pandemic.”

The Government’s decision to call in the project and hold a public inquiry was announced in January 2022. It was largely due to objections from local residents and environmental groups that were voiced when the Council first approved the Airport’s plans.

Opponents of the plans pointed out that they would increase annual passenger numbers from four million in 2019 to seven million by 2030, arguing that this would undermine the UK’s climate targets while also creating extra noise and air pollution locally. In modernising the existing terminal, passenger numbers will be kept below five million by 2030.

Concerns were also voiced about the potential impact on green belt land and about the climate resilience of the proposed site.

Leeds Bradford Airport’s chief executive Vincent Hodder has maintained that the plans would have been in keeping with the Airport’s commitment to net-zero operational emissions by 2023 and with Leeds’ plans to reach net-zero by 2030. The terminal building itself, the Airport has repeatedly highlighted, would be certified as BREEAM ‘Excellent’.

Critics have argued that the impact generated by the terminal’s operations would be overshadowed by the negative impacts of its construction, the additional flights it would enable and the extra road transport to and from the Airport it would create.

The Airport has pointed to the fact that the UK Government is not looking to cap growth in passenger numbers in its plans for reaching net-zero domestic flights by 2040 and net-zero international flights by 2050. Instead, its Jet-Zero plan prioritises efficient aircraft; alternative fuels and electric planes. This approach is not in keeping with what the Government was advised to do by the Climate Change Committee (CCC), which supports a cap in passenger numbers and/or airport expansions.

The Group for Action on Leeds Bradford Airport (GALBA) has called the Airport’s decision “a victory for our climate and our communities”. It said it “remains ready to continue the fight” if necessary, but will take time this weekend to “celebrate success”.

The New Economics Foundation has also welcomed the decision. A recent report from the think-tank estimated that the expansion would more than double emissions generated from flights arriving at, and departing from, Leeds Bradford Airport. It argued that airport operators across the UK are not future-proofing themselves against a likely increase in carbon pricing, which could make expansions uneconomic in the coming decades.

The Airport’s decision stands in contrast to trends across the UK. The UK’s Planning Inspectorate this month gave Bristol Airport the green light to complete its expansion plans, despite opposition from local councils and concerns that the move would undermine the UK’s net-zero transition. Similarly, last autumn, Transport Secretary Grant Shapps stated that the Government will continue to support a third runway at Heathrow Airport, arguing that it would “not be appropriate” to review airport planning rules over climate concerns.