The European Commission tabled its plan on Wednesday (17 November) to introduce mandatory due diligence for products sold on the EU market to make sure they are not linked to deforestation or forest degradation. 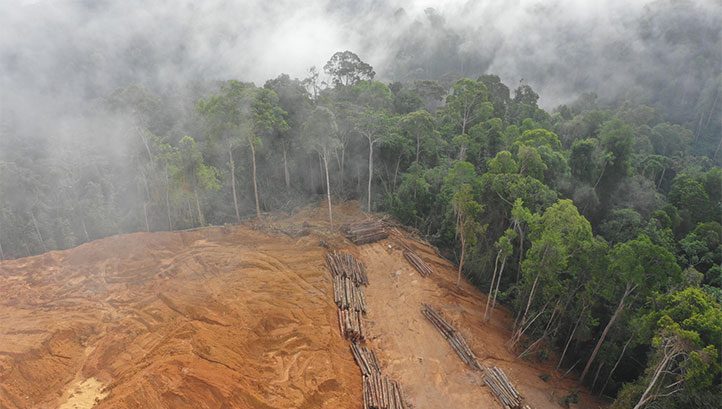 The UK introduced a similar requirement earlier this year

Europe is one of the biggest importers of global deforestation, second only to China. In 2017, the EU was responsible for 16% of deforestation associated with international trade, according to WWF.

“EU demand for commodities like palm oil, soy, wood, beef, cocoa and coffee are strong drivers of deforestation. More and more citizens want us to put an end to this,” EU climate chief Frans Timmermans said as he unveiled the legislation.

“Our proposal, therefore, creates a strong due diligence system. It ensures that we only import these products if we can ascertain that they are deforestation-free and produced legally,” he added.

Once approved, the legislation will mean more focus is put on the production of beef, soy, palm oil, wood, cocoa and coffee products and derived products placed on the EU market.

“Companies will now have to prove that their products have not contributed to the destruction of forests before they are allowed on the European market,” Delara Burkhardt, a German MEP who is designated land use and forestry spokeswoman for the S&D, told EURACTIV.

“It is the companies, not consumers or certification bodies, who are responsible for ensuring that international supply chains are fair and sustainable,” she added, saying this is a win for the European Parliament, which was pushing for strict legislation on this issue.

How it will work

The regulation “sets the bar high”, according to the Environment Commissioner Virginijus Sinkevičius, and will introduce mandatory due diligence to companies both in the EU and beyond.

Companies, including small and medium enterprises, will need to collect information about the products they have placed on the EU market from January 2021 onwards to confirm these are not linked to deforestation.

EU countries will have access to product information and can carry out inspections of imports. They will also respond to “substantiated concerns” and can suspend products from the EU market if they have “non-negligible deforestation risks”.

Breaching the rules could mean operators and traders face fines, the confiscation of products and revenues, and other penalties.

While environmental organisations have welcomed the introduction of due diligence to tackle deforestation, they have criticised the legislation’s scope for being too narrow.

“It pointlessly leaves out carbon-rich natural ecosystems such as Brazil’s Cerrado and Southeast Asia’s peatland – as well as rubber, an important forest-risk commodity,” said Nico Muzi, Europe Director of the NGO Mighty Earth.

According to environmental organisations, ecosystems other than just forests needed to be included because they support the livelihoods of Indigenous Peoples, house biodiversity, including endangered species, and act as carbon sinks.

Rubber also should have been on the list of products because of its impact on forests, NGOs argue. For instance, since 2000, the Mekong region of China has lost three million hectares of forest thanks to natural rubber cultivation, according to a report for the European Commission.

Earlier this year, a group of lawmakers from the European Parliament, including the environment committee chair Pascal Canfin, wrote to the European Commission, calling for it to broaden the scope.

Burkhardt, who also signed the letter, told EURACTIV that, while the legislation is a good basis for negotiation, there are weaknesses that need to be addressed. That includes areas like human rights, ecosystems and products.

Asked about the scope of the legislation, Sinkevičius told EURACTIV that the main focus was on forests, not other ecosystems, and that the chosen products were based on a “very careful impact assessment”.

“These are the products that have the largest impact on global deforestation. And these are the ones that we chose to address first,” Sinkevičius said.

“The scope can be increased with time. We will be very vigilant monitoring the situation and ensuring that legislation is really fit for purpose. I do not exclude the possibility that, in the future, rubber might be included, but at the moment, it’s not in the scope. And that was the Commission’s political decision,” he continued.

This refers to a review of the legislation that will take place no later than two years after it comes into force and could lead to a new proposal on both the products mentioned and the ecosystems affected.

However, this review will come too late for areas like the Cerrado savannah in Brazil, according to WWF, which says almost 4,000 square kilometres of land have been destroyed this year.

Similarly, Burkhardt told EURACTIV that rubber needs to be included now and that the European Commission interpreted a study into its impact wrongly. She added that Sinkevičius’ comment about the decision to exclude rubber being “a political one” might point to the real reason why it was dropped.