New rules presented by the European Commission on Wednesday (30 March) aim to better protect consumers against false environmental claims and introduce a ban on planned obsolescence. 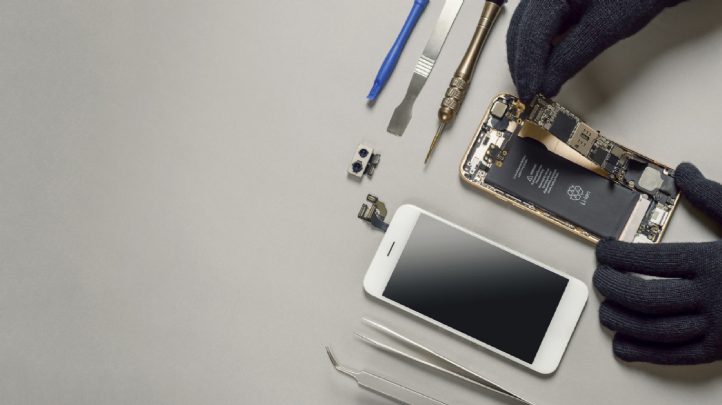 The updated rules will ensure that European consumers are able to make informed decisions when shopping for environmentally-friendly products, the EU executive said in a statement announcing the initiative.

Consumers will also have a right to know how long a product is designed to last and how – if at all – it can be repaired, the Commission said.

But he added that it can be difficult for consumers to know how to contribute to tackling climate change, so they need to be better equipped to make sustainable choices and protected from misleading practices.

The amendment to the EU’s consumer rights directive would oblige traders to provide consumers with more detailed information on products’ durability and reparability.

For tech products like smartphones, consumers will have to be informed about software updates provided by the producer “in a clear and comprehensible manner” – either on the packaging or online.

A digital product passport will also be introduced for a wider range of products, with the ‘A to G’ rating set to become the norm in upcoming product-specific rules.

Ban on greenwashing and planned obsolescence

The proposal also introduces “a ban on greenwashing and planned obsolescence”, the European Commission announced.

Sellers will not be allowed to put a sustainability label on their product if there is no certification or recognition by a public authority for it, said Reynders. It will also be prohibited for sellers to make generic environmental claims such as “eco-friendly”, “green” or “eco” if they cannot demonstrate environmental performance.

To enforce this, the EU executive proposed to update the “black list” of banned practices under the unfair commercial practices directive (UCPD). Making “generic, vague environmental claims”, for instance, will no longer be allowed if the benefits are not properly demonstrated.

Displaying a voluntary sustainability label will also be banned if it’s not based on third-party verification or a public body.

The initiative puts a clear focus on tech companies, with a new rule obliging them to inform consumers “about features introduced to limit durability, for example, a software which stops or downgrades the functionality of the good after a particular period of time”.

This echoes demands by the European Parliament, which earlier this month called for the Commission to take action on the right to repair.

Several obstacles have been identified that prevent consumers from repairing their devices, including high costs, lack of information, limited access to spare parts, and technical constraints such as the absence of standardisation and interoperability.

A public consultation on the right to repair is currently open on the European Commission website until 5 April.

BEUC, the EU consumer organisation, praised the Commission for “raising their game” to fight greenwashing. “EU rules are desperately needed to guide consumers through the jungle of green claims, like ‘CO2 neutral’ or ‘sustainable’,” BEUC Director General Monique Goyens said in a statement.

“It is encouraging to see that the EU Commission is tackling misleading green claims in the proposal, but the devil is in the details. We hope the other initiative expected this summer will fill in the blanks. A requirement to have any green claim preapproved would be a great place to start with,” she added.

“We need bolder measures to prohibit unreliable credentials, especially on climate neutrality, and list those that are based on harmonised, robust methods,” said Blanca Morales, senior coordinator for EU Ecolabel at the European Environmental Bureau (EEB).

And while the EEB welcomed the drive to stop greenwashing, there are also concerns that tougher environmental standards could push up the price for consumers.

“There might be a slightly higher cost in using a repairable product,” admitted  Commissioner Reynders. “But the difference will come in when you can continue to use it and repair it and not systematically have to buy a new product,” he added.

The European Commission’s two amended directives will now go to the European Parliament and EU countries for approval and potential further changes. More initiatives on the circular economy will follow later this year with an upcoming proposal on substantiating green claims.

This article first appeared on EurActiv.com, an edie content partner. EurActiv’s content on the circular economy is supported by VDMA.