The European Commission has today (15 December) unveiled a package of legislation designed to align its gas, buildings and transport sectors with the EU's 2050 net-zero target. 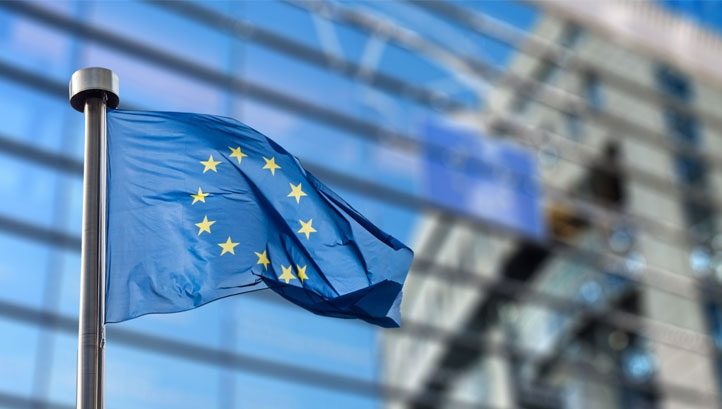 Starting out with energy. To reach its aim of net-zero emissions by mid-century, Europe needs to drastically increase the level of electrification across the economy, but the European Commission says there will still be a need for gas in certain sectors that are difficult to electrify, like heavy industry and transport.

“We know that electricity alone cannot deliver all the energy we’ll need in the future and renewable and other low carbon gases will increasingly replace fossil fuels,” said Frans Timmermans, the EU’s climate chief.

“Europe needs to turn the page on fossil fuels and move to cleaner energy sources. This includes replacing fossil gas with renewable and low carbon gases, like hydrogen,” he said.

According to the EU executive, gaseous fuels, like biogas, biomethane, renewable and low-carbon hydrogen, as well as synthetic methane, will represent around a fifth of final energy consumption by 2050.

“That is where we will continue to need gaseous fuels and, to meet our Green Deal objectives,” the official continued, saying “these gaseous fuels, which today are mainly fossil-based, need to be decarbonised”.

To enable the transition, the European Commission has introduced measures to support renewable and low carbon gases, reduce methane emissions and decarbonise buildings.

“The aim is to reduce the share of fossil gas in the mix by, on the one hand, energy efficiency measures which reduce the overall consumption, but also then by replacing it with these renewable and low carbon gases and electrification,” said an EU official.

One of the key measures unveiled today include a revision of EU gas market rules to prioritise renewable and low-carbon gases and ensure these have access to the EU energy market.

“By 2030, we want to have 40GW of electrolyser capacity in the EU. To deliver those volumes to end-users in the most effective and low-cost manner, we need competitive markets and infrastructure to connect production and consumption. Today’s proposals prepare the ground for a competitive European hydrogen market,” said Timmermans.

To enable this, the European Commission proposed increased support for hydrogen, including an obligation for EU countries to accept cross-border transit of natural gas which has been blended up to 5% with hydrogen.

The idea is to remove some of the barriers for blended hydrogen to help boost its overall role in the gas market. However, it is “not something we consider to be a long term solution,” an EU official explained, saying that “renewable remains, of course, the priority and future”.

The EU executive also laid out plans for a pure hydrogen market, with the idea that this would be fully regulated like the current gas and electricity market from 2030 onwards.

Until then, hydrogen will enjoy a so-called “regulatory holiday” in order to support projects like hydrogen valleys, which it is hoped will ultimately expand to form a hydrogen supply system across Europe.

However, hydrogen transport and production activities will have to be clearly separated, with a clear “unbundling” of the two types of activities, along the lines of what is already being done in the gas and electricity markets.

“Our objective is to create a hydrogen market with several players competing on a level playing field, with transparent and free access to the network,” said Kadri Simson, the EU’s energy commissioner. “And to get there, we need to ensure that no one can use an initial position of advantage,” she added. “That’s why we are proposing this very clear unbundling.”

The Commission also places a focus on network planning, including a push for gas network operators to include information on infrastructure that can or will be decommissioned and could potentially be repurposed to transport hydrogen.

Under the proposal, low-carbon sources are defined as being produced from an energy source with greenhouse gas emission savings of at least 70% compared to fossil fuels, which would include hydrogen produced using nuclear energy.

The EU executive has also proposed a ban on public subsidies for new fossil gas boilers from 2027 onwards and has laid out a legal basis for countries that want to introduce a national ban on these.

Alongside this, the European Commission is looking at increasing the energy efficiency of buildings, in order to lessen the demand for fossil fuel energy. With its revised Energy Performance of Buildings Directive (EPBD), it wants EU countries to renovate their worst-performing buildings by 2033 at the latest.

There is also a new focus on addressing greenhouse gases beyond just carbon dioxide. For the first time, the European Commission is tackling methane emissions with a regulation solely for this purpose.

This will introduce a ban on venting and flaring of methane, which emit greenhouse gases into the atmosphere, and introduce obligations on companies to repair leaks in natural gas infrastructure, such as pipelines or storage sites.

“We estimate that the full implementation of this proposal will contribute to reducing methane emissions in oil, gas and coal sector by 80% by 2030, compared to last year, 2020. And it would double the amount of methane emission reductions in sectors compared to what would happen through voluntary corporate action,” Simson said.

The legislation has a strong focus on gathering data, including on imports of fossil fuel. However, there is no direct obligation on importers at this stage. Any potential measures on imports will be envisaged in 2025 “with the view to introducing more stringent measures for imports” said Simson.

Also this week, the European Commission has unveiled four initiatives aimed at readying Europe’s transport network for a low-carbon future – a set of proposals hailed by Greenpeace as “exceeding expectations” when it comes to promoting rail transport.

The green mobility package of proposals was presented on Tuesday (14 December) by Timmermans and EU Transport Commissioner Adina Vălean.

It will help the EU achieve its aim of a 90% cut in transport emissions by 2050 while providing “concrete” benefits to citizens across the bloc, Timmermans said.

According to the Commission, the proposed TEN-T Regulation will reduce gaps in Europe’s transport infrastructure and make cross-border travel smoother.

As part of the proposed revision, all passenger rail lines must be allowed to travel at 160km/h or faster by 2040, while freight must be able to achieve a speed of 100km/h.

The Commission is also calling for improved handling capacity at freight terminals, reduced waiting times at rail border crossings, and an increase in rail freight facilitated by longer trains.

Completion of major parts of the network will be brought forward under the proposal, with an intermediary deadline of 2040 rather than 2050. This will apply to high-speed rail connection projects including the link between Budapest and Bucharest and Porto and Vigo.

All cities along the TEN-T network will be required to develop a plan to promote zero-emission mobility, such as improving the provision of public transport and encouraging a shift towards walking and cycling.

Much of the proposal focuses on improving and unifying rail ticket purchasing, an area in which rail is often compared unfavourably to aviation. Easier ticketing, it is hoped, will help the bloc achieve its target of doubling high-speed rail traffic by 2030 and tripling it by 2050.

A legislative proposal will be tabled in 2022 designed to make international rail ticketing more user-friendly. This will include the development of a portal that will allow users to compare prices, similar to those available for flight tickets.

The Commission also stated that it will investigate an EU-wide VAT exemption for train tickets and put forward proposals next year that will make cross-border rail services more frequent.

Elsewhere, the Intelligent Transport Systems Directive is being revised in a bid to use data to reduce traffic and congestion, while a new  “Urban Mobility Framework” is being launched to provide local and regional governments with detailed guidance and funding options for cutting congestion, emissions, and noise in cities.