The European Investment Bank (EIB) has unveiled a new energy lending policy that will stop all financing for fossil fuel projects at the end of 2021 and unlock €1trn in sustainable development over the next decade. 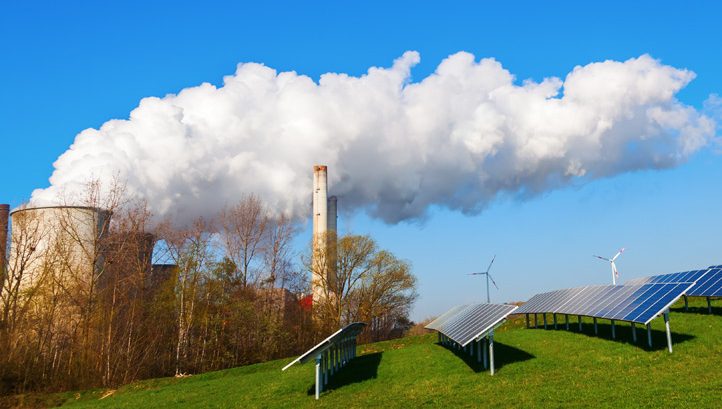 The EIB has been engaging with stakeholders since the start of the year over its energy lending policy, which has seen the bank provide €13.4bn (£11.5bn) of fossil fuel projects since 2013. Almost 150 written submissions were sent from organisations concerned about the EIB’s spending policy and petitions have been signed by more than 30,000 people.

The result is a new strategy that will end financing for fossil fuel energy projects by the end of 2021, a commitment to align financial activities with the goals of the Paris Agreement from the end of 2020 and to unlock €1trn in sustainable development between 2020 and 2030. Documents leaked earlier this summer suggested that the bank would aim for a 2020 deadline to drop fossil fuel funding.

“Climate is the top issue on the political agenda of our time,” EIB President Werner Hoyer said. “Scientists estimate that we are currently heading for 3-4°C of temperature increase by the end of the century. If that happens, large portions of our planet will become uninhabitable, with disastrous consequences for people around the world. The EU bank has been Europe’s climate bank for many years. Today it has decided to make a quantum leap in its ambition.

“We will stop financing fossil fuels and we will launch the most ambitious climate investment strategy of any public financial institution anywhere.”

Hoyer added that the bank would work with nations and the private sector “to support a climate-neutral European economy by 2050”.

The new policy will cut €2bn (£1.7bn) of yearly investments to fossil fuel projects. Additionally, the bank will support projects for low or zero-carbon technology to enable the EU to meet its 32% renewables share target by 2030.

Over the last five years, the EIB has funnelled more than €65bn into renewable energy and energy efficiency projects. The bank has also set a new Emissions Performance Standard of 250g CO2 per kWh for all funding applicants. This will replace the current 550gCO2/kWh standard.

However, even some of the greener projects it is financing are being scrutinised. Last April, the EIB announced its decision to award a loan of up to €60m to the firms behind the Curtis-Teixeiro plant – a biomass facility set to be powered using locally sourced forestry waste after its 2020 completion date.

Environmental law firm ClientEarth then demanded a review of the EIB’s decision, claiming that it breached the bank’s responsible investment principles, which aim to prioritise funding for renewable energy projects while limiting funding for carbon-heavy developments.

Commenting on the announcement, Eliot Whittington, director of the European Corporate Leaders Group said: “For the EIB to stop funding fossil fuel projects is a gamechanger that begins to deliver the EU’s vision for climate leadership as laid out in the Green Deal. We need this to act as an unequivocal signal into the financial system to encourage other multilateral lenders to follow suit.

“As we approach the litmus test of 2020, institutions must act according to the legal steer given by the Paris Agreement, and this is a significant precedent. In the context of urgently needed transition to a net-zero economy, financing clean energy needs to be the absolute focus, and public finance should not be used for fossil fuel infrastructure. The EIB has shown real leadership in understanding and implementing those principles.”