The Environment Bill was due to return to Parliament today (26 January), but the Government has confirmed that it will be delayed once more - much to the disappointment of green campaigners and business groups. 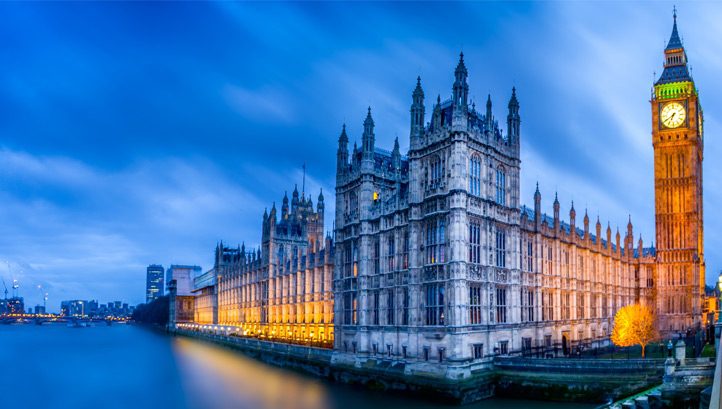 The delay is likely to last for six months or more

The Environment Bill was making strong progress through Parliament pre-Covid-19 and key figures praised the new powers added at its second reading. It contains measures to maintain and improve environmental standards now that the Brexit transition period is complete.

But after a brief return to Parliament in November 2020 following an absence of more than two months, the Bill was shelved once again in December 2020. It was due to return to Parliament today for the report stage, but the Government took it off the agenda at the last minute and confirmed that it will be rolled over into the next Parliamentary session.

The Department for Food, the Environment and Rural Affairs (Defra) said the latest delay is due to the Covid-19 pandemic.

But green groups and trade bodies, while sympathetic to the challenges facing the department, are concerned that the delay sends the wrong message in the year of COP26. There are also concerns about the UK’s ability to deliver against the aims of related policy packages, like the Agriculture Bill and 25-Year Environment Plan, without the Environment Bill as a foundation.

“When he introduced the Bill, the Prime Minister said it was ‘the huge star of our legislative programme… a lodestar by which we will guide our country towards a cleaner, and greener future’,” Friends of the Earth’s chief executive Craig Bennett said.

“The fact that the Government plans to end the Parliamentary session over a year on without having delivered the ‘star’ of the programme will raise questions over its commitment to leaving the environment in a better state for the next generation.”

Bennett also urged Defra to ensure that staff use the time created by the delay to “ramp-up environmental ambition”. As many green campaign groups and nature charities did, Friends of the Earth commended the Department’s decision last year to add legally binding targets for air quality, water quality, waste and biodiversity, spanning 2022 to 2030.

The Aldersgate Group similarly urged Defra to ensure that delays are used to embed stricter measures in the Bill.

“While the delay to the Environment Bill due to the coronavirus pandemic is understandable, it is vital that Government uses this additional time to consider amendments to strengthen the Bill,” the Group’s head of public affairs and communications Signe Norberg said.

“This should entail making interim targets binding to ensure continuous action to improve the natural environment, introducing an overarching target which helps guide the setting of the long-term targets, and safeguarding the Office for Environmental Protection’s independence.”

The OEP has now begun operating in the absence of a finalised Bill. Dame Glenys Stacey, who served as chief executive and chief regulator at Ofqual between 2012 and 2016 and had re-assumed this post in August 2020, has been appointed to lead the body.

To Norberg’s latter point, edie’s Green Recovery Survey of 244 sustainability and energy professionals by edie found that this Bill is the top policy priority.

As expected, the UK’s only Green Party MP, Caroline Lucas, has expressed her frustration over the latest delay to the Bill.

She Tweeted to say that the delay serves as “testimony” to the “utter incompetence” of Boris Johnson’s government on environmental issues, citing several recent controversies, including the Government’s recent decisions not to block a new metallurgical coal mine in Cumbria and not to back amendments to the Trade Bill designed to maintain standards post-Brexit.

The Government has also been accused of planning to backtrack on its commitment not to export low-quality plastics to developing nations for recycling.