Climate adaptation and nature-based solutions are two of the key focus areas for COP26. Once the negotiations are complete, the private sector will have a key role in accelerating action on the ground and, in this feature, we explore how. 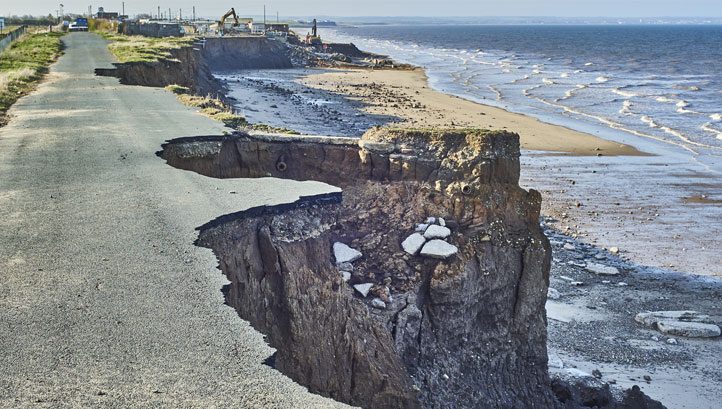 These top tips are taken from the expert panels of speakers hosted by edie at the recent Nature-Based Solutions and Climate Adaptation Inspiration sessions, held on Thursday 9 September as part of our COP26 Focus Week of exclusive content and events.

During that afternoon, expert speakers from Unilever, the FAIRR Initiative, the Woodland Trust, Springwise, Nomad Foods, The Ocean Race, Grosvenor and Thakeham provided the inspiration and information businesses need to deliver climate and nature responses at the scale and pace demanded by science.

The sessions are now available to watch on-demand, for free, by clicking here. However, for those short on time, this feature summarises five of the speakers’ key pieces of advice in a brief round-up style.

Throughout the afternoon, speakers emphasised the importance of going beyond delivering standalone projects and not only setting time-bound, numerical targets, but ensuring that holistic action on climate and nature are a part of overarching organisational strategy.

Unilever’s chief procurement officer Dave Ingram detailed how the business developed its ‘Climate Transition Action Plan’, which is headlined by an ambition of transitioning to a net-zero business by 2039 and includes measures to innovate bio-based products and support suppliers to reduce water consumption and implement regenerative practices.

In short: At a time when greenwashing is increasingly being called out by stakeholders from investors to consumers – and when the window for acting to avoid the worst effects of crisis is closing rapidly – one-off projects will not be enough.

“Nature needs to sit at the boardroom table and be fundamental to the business model,” Springwise and Re_Set’ co-founder James Bidwell summarised. “It’s not there at the moment. We’re moving from a phase of reduction to regeneration.”

2) Be prepared to translate the challenges and opportunities

Of course, for climate adaptation and nature-based solutions to be truly embedded at the strategy level, buy-in from executives will be necessary. While speakers agreed that there is a growing awareness of the interconnected nature of the world’s most pressing environmental issues, they acknowledged that scientific or moral imperatives alone may not compel every executive.

A potential way of framing the issue is using the language of risk. Bidwell argued that concerns about how much projects cost upfront could be quashed by raising the “huge cost of inaction”.  According to the World Economic Forum (WEF), $44trn – more than half of global GDP – is exposed to risks from nature loss. Similar research from WWF found that nature loss will cost the global economy at least £8trn by 2050 without transformational action.

Bidwell’s view was shared by the FAIRR Initiative’s policy director Helena Wright and by Unilever’s Ingram, who revealed that the business is striving to calculate the costs of inaction as well as project delivery in every case. Risks he raised include crop price and availability and reputational risks among consumers.

But the speakers also urged listeners to consider the rewards as well as the risks. Bidwell said; we’re now seeing businesses that are driving competitive advantage, growth, profitability and resilience.”

The early the 2020s have proven something of a perfect storm for awareness-building in relation to climate resilience and nature. The UN’s post-2020 biodiversity framework is under development; major new scientific reports have been produced; lockdown restrictions prompted many to spend more time in nature; extreme weather events made more likely by the climate crisis have left few geographies untouched.

In this context, Unilever’s Ingram said, it’s time to “go beyond opening questions and really get into the detail”, turning ambitions into science-based actions, delivered in a way that also generates co-benefits for society.

Resilience and biodiversity are notoriously hard to measure but the speakers raised a variety of metrics that may be useful here. These include the Biodiversity 3.0 metric developed by Natural England; the Shannon Index of Biodiversity; the Hulbert’s Index and WWF’s KPIs. The recommendations of the Task Force on Nature-Related Disclosures are also due soon.

Businesses without in-house expertise may need to invest in training, hiring or working with a specialist consultancy partner. Moreover, to maximise benefits on the ground and ensure a Just Transition approach, businesses would do well to work with organisations familiar with the local context of their projects, it was agreed. Grosvenor’s Green advised viewers to broaden their definition of community, to commit to long-term partnerships, and to underpin them with measurable short-term goals, to build trust and maximise positive outcomes.

Much has been said in recent weeks about the potential pitfalls of carbon removal projects – both nature-based and man-made. Of particular concern is the fact that not all projects deliver the levels of removal forecast by their providers. This can happen, in tree-planting schemes, when the wrong species are placed in the wrong areas, or when the carbon is accounted for as soon as the sapling is planted, disregarding potential issues later in the tree’s life.

As such, speakers received several questions about how to track progress regularly.

Nomad Foods is working towards a net-positive impact on nature in its vegetable farming. Hopwood explained how the business is working with suppliers to digitally collect data relating to topics such as soil health, water management and weed management.

As for Thankeham, the business works with partners including Surrey Wildlife Trust on assessments. Thornewill argued the case for embedding good management in executive KPIs, to ensure continued prioritisation.

“The requirement for carbon offsetting management is 60 years but, for biodiversity, it’s only 30,” Thornewill explained. “We don’t think this is good enough; we should be looking at 60 to 80 years of management…this is not at easy as it sounds, you probably do have to provide quite a lot of training to the management company.”

As nations scrambled to deliver their initial crisis responses to Covid-19 in the early half of 2020, businesses were increasingly scrutinised for the way they used – or failed to use – their influence, infrastructure and financial weight to help society. Headlines increasingly focused on not only worker protection but lobbying and investments, both things that could be described as a business’s ‘Scope X’ impact.

With COP26 on the near horizon, panellists during the session acknowledged the importance of businesses not only preparing for their own side events and announcements, but of speaking to policymakers with a unified voice. Topics raised include pushing for 1.5C-aligned Nationally Determined Contributions to the Paris Agreement and ensuring that the G7 make good on their pledge of $100bn in climate finance annually for developing nations.

But there were also questions raised, to which panellists agreed that the private sector cannot deliver answers alone. Such topics include having nationally or internationally-agreed standards for measuring environmental loss and gain, and preventing cheap products made overseas in nations with weaker climate or nature commitments from undercutting the domestic market.