From green hydrogen to coral reef restoration: Winners of the Earthshot Prize announced

Projects that create fuel from agricultural waste, restore coral reefs and green hydrogen technology are among the winners of the Duke of Cambridge's Earthshot Prize and will now receive support from businesses to scale their solutions. 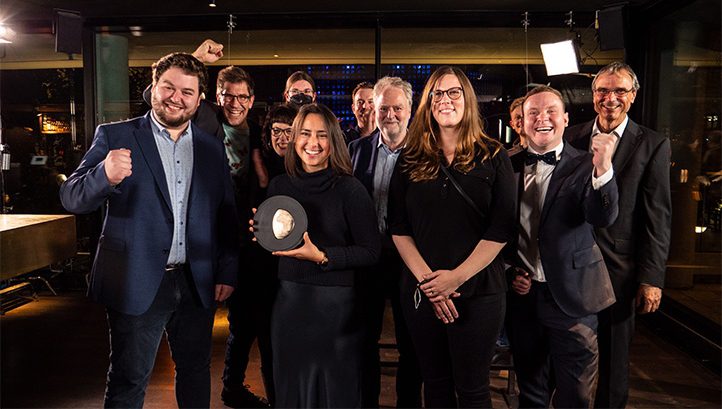 The Enapter team receiving their award

The Earthshot Prize was first introduced at the start of 2020 and, last October, Prince William and Kate Middleton provided more information on how the £50m prize would be allocated through to 2030. The focus areas for the funding are conserving and restoring nature; tackling air pollution; reviving oceans; building a waste-free world and addressing climate change.

The Earthshot Prize’s council has selected its five winners from a total of 15 finalists.

A scheme that pays citizens in Costa Rica to restore natural ecosystems was named as one of the winning projects. Since the programme started, Costa Rica’s forests have doubled in size, leading to a boom in ecotourism and contributing $4bn to the economy.

For clean air, a project in Takachar, India that creates fuel from agricultural waste while stopping pollution from crop burning was selected by the council. It converts crop residues into sellable products like fuel and fertilizer and helps reduce smoke emissions by up to 98%.

The Coral Vita project in the Bahamas was also selected as a winner. It introduces an innovative approach to coral farming by growing coral on land then replanting it in the ocean, which can help grow it up to 50 times faster than traditional methods and improves resilience to the impact of climate change.

The Milan Food Waste Hubs were also selected. Launched in 2019, the initiative recovers food from local supermarkets and restaurants that then redistributes it via NGOs to citizens in need. Each of Milan’s Food Waste Hubs recovers about 130 tonnes of food per year or 350 kg per day, an estimated 260,000 meals equivalent.

A green hydrogen technology in Germany was selected as the final winner. The AEM Electrolyser from Enapter turns renewable electricity into emission-free hydrogen gas. Funding from the Earthshot Prize will help scale mass production and by 2050, Enapter is aiming to account for 10% of the world’s hydrogen generation.

Earthshot Prize Founder and Prize Council Member Prince William said: “Our five inspirational Winners show that everyone has a role to play in the global effort to repair our planet. We need businesses, leaders, innovators, and communities to take action. And, ultimately, we need all of us to demand that the solutions get the support they need. Because the success of our winners is our collective, global Earthshot.”

Winners were chosen from the finalists by the Earthshot Prize’s council which, aside from the Global Alliance businesses, includes representatives from non-profits, academia, research organisations and philanthropic foundations. Aside from Okonjo-Iweala, Nooyi and the Prince himself, council members include Sir David Attenborough, Christiana Figueres and Luisa Neubauer.

More than 200 projects applied for a place on Prize this year.

The ceremony was attended by Prince William and Sir David Attenborough and included musical performances from Ed Sheeran, Yemi Alade, KSI, Coldplay, and Shawn Mendes. Presenting the awards to the winners were The Duchess of Cambridge, David Oyelowo, Emma Thompson, Emma Watson, and Mo Salah.