Green groups have criticised the decision from Gatwick Airport to transform its emergency runway into a fully functioning second runway, claiming that the organisation is "ignoring" noise and emissions issues. 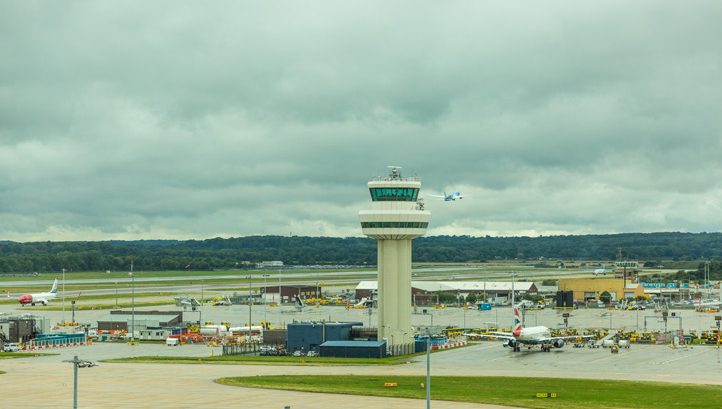 The airport has been hit hard by the coronavirus pandemic

Gatwick Airport confirmed to the Mail on Sunday that it was developing a planning application to expand its emergency runway currently used for aircraft taxiing and convert it into a second runway for short-haul flights. The airport anticipates that the runway could become operational by the end of the decade.

The airport’s investors – French firm Vinci and the GIP infrastructure fund – will deliver the funding required for the expansion, which Gatwick Airport claims would add around 90 flights daily.

The decision has been chastised by green groups, with the Communities Against Gatwick Noise and Emissions (CAGNE) group labelling the decision a “callous” disregard of community and climate concerns.

“For an airport that is on its knees due to Covid-19 and Brexit, this is a clear illustration of intent by the management and overseas shareholders of Gatwick Airport to ignore the noise and emissions issues it has been creating for years over the rural areas of Sussex, Surrey and Kent,” the group said in a statement.

“To call a second runway-by-stealth ‘runway-lite’ is not only disingenuous but callous towards communities, and disrespectful to those who suffer from Gatwick’s operations. It clearly shows that money for overseas shareholders speaks louder than community voices.”

A Gatwick spokesperson said: “Following a consultation on our Master Plan in 2019 where 66% of respondents supported the airport making best use of existing facilities and using the stand by runway, Gatwick plans to take this long term project for growth and resilience forward by launching a detailed statutory consultation in the summer.  Thereafter the timing of the submission of the planning application will depend on a number of factors including responses to the consultation.  Should consent be granted by the Secretary of State, we would hope that the scheme could be operational by the late 2020s.

“Investing in infrastructure is vital to support economic recovery and thousands of new jobs could be created delivering the project, providing a significant boost at a time when the region’s economy needs it most. The Northern Runway plan is also sustainable and, alongside the wider UK aviation industry, Gatwick has committed to cut aviation net carbon emissions to zero by 2050, in line with UK Government targets.”

The airport has been hit hard by the coronavirus pandemic, with flights dropping by 80% since March 2020. Research warns that pre-pandemic levels of travel might not be reached until 2023.

Gatwick Airport will have to overcome numerous regulatory and consent hurdles to have the expansion approved and as the Heathrow Airport expansion has proved, this will be no easy feat.

Late last year, The Supreme Court has decided to approve the Heathrow Airport expansion, despite the fact that the Court of Appeal ruling it unlawful on climate grounds.

The expansion was previous blocked on the grounds that emissions resulting from flights from the third runway would breach the UK’s Paris Agreement compliance. Since that ruling, the Government has unveiled a target for 2030 to reduce emissions by 68% compared to 1990 levels, as part of an updated commitment to the Paris Agreement.

It remains unclear as to how the Heathrow expansion will comply with the UK’s climate targets, although the Airport has issued an ambitious decarbonisation strategy. Indeed, the publication of the National Infrastructure Strategy late last year, also confirms that Government spending on key infrastructure will consider the net-zero target. As such, further legal battles over the expansion are expected.