The Government has today (7 February) unveiled a new £179m investment drive to improve the energy efficiency of social housing, in a bid to reduce emissions and cut back on spiraling energy costs for households. 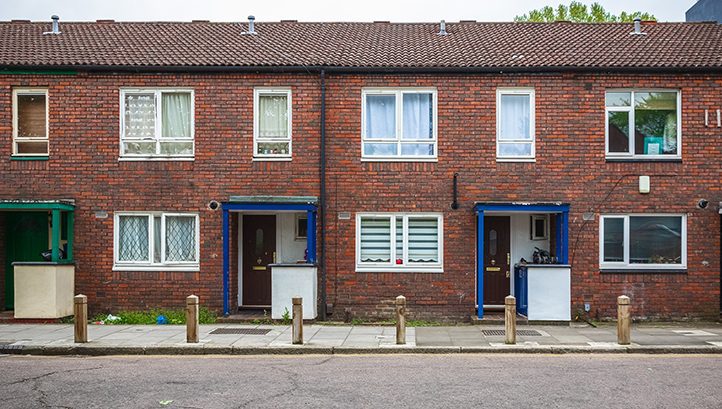 The £179m is being issued through the Government’s £3.8bn Social Housing Decarbonisation Fund and will attempt to increase the amount of social housing stock that meets the government’s threshold of EPC band C standard or higher.

The Government claims the new funding will help 20,000 social housing properties with an Energy Performance Certificate (EPC) rating of D or lower receive upgrades to improve their energy efficiency and reduce carbon emissions. Funding can be used to fit insulation, replace windows and install technologies like heat pumps and solar panels.

Upgrades are expected to be completed by the end of March 2023, with 69 projects allocated financial support as part of a demonstrator. Funding is allocated to local authorities who will work with social housing providers to deliver the upgrades.

Minister for Business and Energy Lord Callanan said: “The UK has a strong track record in improving the energy performance of its homes and this funding will continue that as we deliver huge benefits for social housing residents – ensuring they keep more of their cash.

“The £3.8bn we’re investing through the Social Housing Decarbonisation Fund is helping drive down energy bills for thousands, targeting help to those who need it most by making their homes warmer, more comfortable and greener.”

The new funding will create an additional 9,000 green jobs, with carbon savings across the housing expected to amount to the equivalent of taking 6,000 cars off the road.

Currently, around 46% of the UK’s housing stock is meeting EPC C or above, compared to just 9% in 2008. The amount of social housing meeting this requirement has risen by 18% to 66% in the same timeframe, according to the Government.

The funding forms part of a wider commitment to invest £6.6bn in government funding to decarbonise the built environment, with more than £2bn targeting lower-income households.

Last week, the Government offered a public explanation as to why more domestic fossil fuel production is not the solution to the ongoing energy price crisis. A blog post from BEIS, states that “closing coal plants is not increasing energy prices”, with plans already in place to make up the generation gap set to be left by the closure of the UK’s remaining two coal-fired power stations.

The blog also explains why increasing domestic oil and gas production is not the answer; because it is an internationally traded commodity, imported and exported in line with price signals. In other words, countries cannot simply choose to keep a larger portion of their domestically generated gas. Eyebrows were raised last week when BEIS figures for September, October and November 2021 revealed a year-on-year increase of more than 90% in gas exports by the UK.

It arrived after regulator Ofgem announced the new energy price cap for average gas and electricity bills, meaning that the average home will see dual-fuel bills rise above £1,900. The changes will affect 22 million homes.

Ofgem reported a rise in the average price of gas per therm from 49p at the start of January 2021 to 112.5p at the end of November 2021. Within the same timeframe, electricity prices per megawatt-hour increased from 53p to 112.5p. Prices have continued to rise, with warnings that policy inaction could lead to increased prices through to the end of the decade.

edie’s sister title, Utility Week, is reporting that the average UK home could see gas and electricity bills rising to £2,448 per year once this further increase is completed, based on current forecasts for wholesale gas prices. Ofgem is also planning to gain powers to update the price cap more regularly; at present, the updates can be made every six months.