The Government has laid out new steps to develop a UK-wide tracking system for waste in a bid to improve resource efficiency through powers introduced in the Environment Bill. 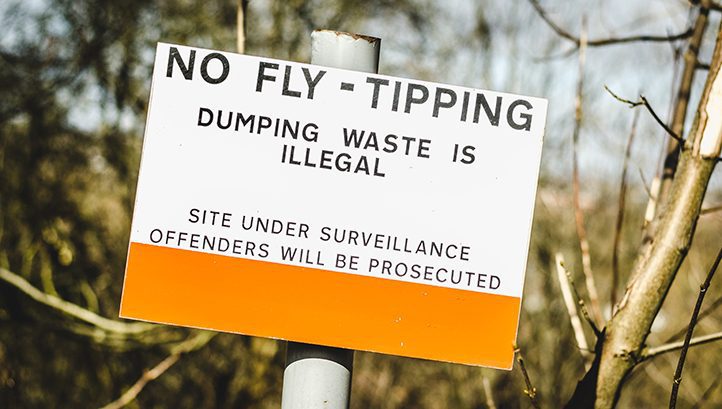 Environment Minister Jo Churchill confirmed on Friday (21 January) that the Government had launched consultations on efforts to cut down on waste crime.

Between 2018 and 2019 waste crime cost the English economy around £924m. In 2022, local authorities have already dealt with more than one million cases of fly-tipping.

Under new consultations, the Government is seeking feedback on proposals to increase background checks for firms involved in the handling, moving and trading of waste to ensure waste management is authorised.

Additionally, a mandatory digital tracking system has been proposed, using powers in the landmark Environment Act to overhaul existing waste record keeping. The new system would see organisations that handle waste record information from the point of production through to disposal, including recycling and reuse. It is hoped this system will better detect cases of waste crime such as including fly-tipping, illegal waste sites, and illegal waste exports.

Environment Minister Jo Churchill said: “Waste criminals show complete disregard for our communities, the environment and the taxpayer. We have disrupted these rogue operators by giving extra powers to the Environment Agency, with nearly 1,000 illegal waste sites now being shut down each year, while our new Joint Unit for Waste Crime is successfully disrupting criminal gangs, for example, prosecuting fly-tippers illegally dumping hundreds of tonnes of hazardous waste across the countryside.

“But there is more to do. Reforming the licensing system will clamp down on abuse of the system and new mandatory digital waste tracking will greatly improve transparency in the sector and make it easier for householders to check that their waste is being disposed of legally. Together, these reforms will stop criminals abusing the waste system and make it easier to prosecute offenders successfully.”

The Government will work with the Devolved Governments on the development of the digital tracking system, which will also be designed to help businesses comply with their duty of care with regards to waste.

The plans will build on the extra £60m that has been provided to the Environment Agency since 2014 to stop the creation of illegal waste sites. Between 2018 and 2019, the Agency prevented 12,690 tonnes of waste from illegally being exported through intervention at sites and ports.

Nations are now imposing bans on imports for some types of waste. Last year, Turkey first introduced the ban on imported PET, HDPE and LDPE, following confirmation of changes to the law in May. That decision was taken after a Greenpeace investigation found that the majority of plastic exported to Turkey is not actually recycled as per the requirements of waste transfer contracts – much of it ends up in landfills, in incinerators, as litter or in illegal dumping sites. The Turkish Government has since repealed a ban on PET plastic imports.

On reducing plastic production, the UK will have a new tax coming into force in April 2022, applicable to the producers of all plastic products and packaging that do not contain at least 30% recycled content.

Early feedback on the proposals has been positive. Commenting on the announcement, Jacob Hayler, executive director at the Environmental Services Association (ESA), added: “This could be a pivotal moment in the fight against waste crime, a scourge which severely undermines confidence and investment at a crucial time for our sector.

“ESA is very supportive of the policy proposals outlined which should help to make life difficult for criminals infiltrating our sector and making a fast buck at the expense of legitimate operators and the environment.”