The UK Government has unveiled a new package of measures aimed at ensuring that British organisations aren't benefitting from human rights violations linked to the abuse of the Uyghur Muslims in Xinjiang. 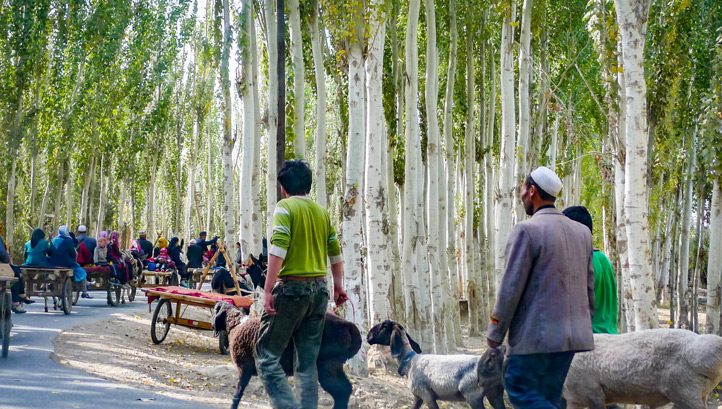 The new measures are designed to ensure that British organisations, public or private, don’t financially benefit from the current human rights abuses reported in China. The nation has faced global criticism from all major governments over the alleged persecution of Uighurs, who are a Muslim minority group mainly located in the Xinjiang province.

It has been reported that the Chinese government has detained more than one million Uighurs in the last few years, placing them into “re-education camps”. Additional reports note that “LGBTI people faced widespread discrimination and stigma in society” and the country has also been accused of forcing sterilisation onto Uighur women.

In light of these reports, the UK Government is launching a review that will outline which UK products can be exported to Xinjiang. The measures will also layout financial penalties for businesses that do not comply with the Modern Slavery Act.

Guidance and support will be created for public bodies to ensure their organisation is not complicit with human rights abuses across supply chains. Compliance will be mandatory for central government, non-departmental bodies and executive agencies.

The Foreign Secretary Dominic Raab said: “The evidence of the scale and severity of the human rights violations being perpetrated in Xinjiang against the Uyghur Muslims is now far reaching. Today we are announcing a range of new measures to send a clear message that these violations of human rights are unacceptable, and to safeguard UK businesses and public bodies from any involvement or linkage with them.

“This package will help make sure that no British organisations, Government or private sector, deliberately or inadvertently, profit from or contribute to the human rights violations against the Uyghurs or other minorities in Xinjiang.”

In fact, the UK has led calls on China to end discrimination and abuse of the Uighurs. It was part of a joint statement issued through the UN General Assembly Third Committee and the UN Human Rights Council calling on practices in Xinjiang to be ended. This statement was supported by 39 countries.

Research from the Corporate Human Rights Benchmark from the World Benchmarking Alliance (WBA) has found that almost half of businesses are unable to prove they are protecting human rights in line with the UN’s requirements – with more than one-third scoring zero on due diligence.

A perceived lack of action from corporates in this area has caught the attention of investors. Hundreds of investors have written to global companies deemed to be performing poorly on human rights indicators, calling for immediate action to improve standards across operations and value chains.

The UN estimates that 40.3 million people globally are living in slavery, with three-quarters “hidden” in global supply chains.

The Home Secretary Priti Patel added: “Britain will always stand up for those suffering dreadful human rights abuses and today we are bringing forward measures which will help protect the minority populations in Xinjiang.

“Businesses and public bodies must be more vigilant than ever before and ensure they are not inadvertently allowing forced labour in their supply chains.”