The Humber Local Enterprise Partnership (LEP) has unveiled a new ambition to reduce the region's carbon emissions to net-zero by 2040 - 10 years ahead of the Committee on Climate Change's (CCC) recommended 2050 deadline for the UK. 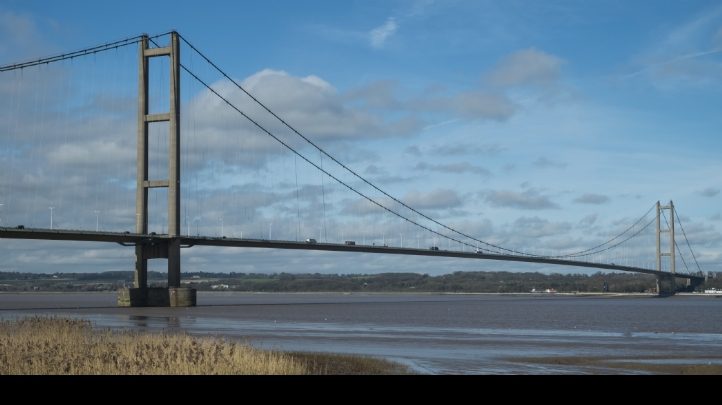 The industry body has this week asked local authorities and Ministers from central Government to include a net-zero carbon target in the upcoming Humber industrial strategy, which is due to be published this autumn.

It claims that such a commitment would “protect strategically important industries” such as steel and power generation, which have recently been suffering under the uncertainties posed by both the low-carbon transition and Brexit, while “maximising the benefits for local communities and businesses”.

Given that Humber currently emits more carbon than any other industrial cluster in the UK and that 20% of the value of the region’s economy is dependent on steel, which has proven notoriously hard to decarbonise, the LEP believes the region could, with adequate policy support, become a leader in low-carbon industrial technologies and systems while playing host to large-scale carbon capture and storage (CCS) facilities.

Drax recently unveiled plans to build a large-scale zero-carbon industrial cluster, featuring carbon capture, usage and storage (CCUS) technology, in Humber during the mid-2020s, as part of a collaborative project with Equinor and National Grid Ventures – the National Grid Group’s commercial arm. However, the LEP believes that a legally binding 2040 target for net-zero emissions would accelerate investment in and deployment of such systems.

The LEP’s proposals to Ministers and local authorities additionally recommend that moves are taken to make the Humber Energy Estuary a “global leader in renewable power”. The group notes that the Government’s new Offshore Wind Sector Deal requires installed capacity to rise to 30GW nationwide by 2030 and claims that the region is ideally located to host at least half of this deployment. If this much wind capacity was installed off the coast of the region, the LEP claims, Humber would become a “national centre of excellence for offshore wind skills” and experience significant local supply chain growth for the renewables sector.

“The decarbonisation agenda could be transformational for the Humber; we have clean energy, which we can generate a lot more of, an industrial cluster with sectors like steel, oil refining and chemicals that are vital to the UK’s strategic interests, and a geographical advantage,” the Humber LEP’s chair Lord Christopher Haskins said.

“We also have the highest emissions in the country, which will need to be tackled for the UK to meet its international obligations. Bring all that together and we have a big opportunity to make what we have more competitive, attract new investment and create local business and community benefits”

Stakeholders are being given until 31 July to comment on the LEP’s proposals. Business Secretary Greg Clark said he was “delighted” that the body had put forward ambitious proposals for its low-carbon economy.

“This is a critical time for the Humber, and we’ll be working closely with local partners to develop the priorities set out in this prospectus into an ambitious Local Industrial Strategy – alongside the direct support we are providing around the future for British Steel,” Clark said.

The UK Government is currently deciding whether to implement the CCC’s recommendations on legislating for a net-zero economy by 2050 – the date by which the Intergovernmental Panel on Climate Change (IPCC) has concluded that global emissions will need to reach zero if the temperature increase is to be kept to 1.5C.

Energy Minister Claire Perry has insisted that the UK will become the first nation to set such legislation. However, the Government is yet to confirm when it will make its decision on the CCC recommendations, with a spokesperson having recently told media that such a choice will be made “in a timeframe which reflects the urgency of the issue”.

Doubts have this week been cast on whether the UK Government will legislate for net-zero, after Chancellor of the Exchequer Philip Hammond and BEIS’s Clark reportedly recommended that the CCC’s advice should be rejected, largely on the grounds of upfront cost and economic and social risk.

Businesses are also pushing the Government to legislate for net-zero, with a coalition of 128 corporates, industry networks and investors having last week written to Ministers demanding that a target for 2050 is legislated “immediately”. Signatories of the letter included the likes of BT, Coca-Cola European Partners and Sainsbury’s – with many having already set their own internal net-zero goals for 2050 or prior.

On Thursday 27 June at 1pm BST, edie is bhosting espoke Q&A webinar that will explore how corporates can transition towards net-zero and respond to growing consumer concerns on climate change.

Hosted in association with Ørsted, brings together climate policy and business energy experts to discuss how the business energy lathe free, hour-long session ndscape could and should change between now and the net-zero target year of 2050; with a specific focus on the industries and areas that will require the biggest transformations to cut carbon. Full information and registration can be found here.