A coalition representing more than 120 large maritime, energy and infrastructure businesses has published a blueprint for bringing zero-emission shipping innovations to scale. 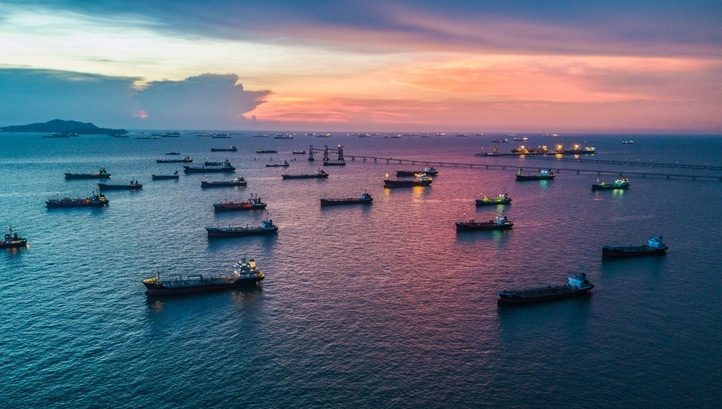 The Coalition is supported by governments

The Getting to Zero Coalition was launched last year, with the aim of helping the notoriously hard-to-abate shipping industry align with the International Maritime Organisation’s (IMO) long-term climate target and respond to climate science. It is supported by the World Economic Forum, the Global Maritime Forum and Friends of Ocean Action.

The Coalition’s new industry blueprint, published today (11 November), outlines how policy changes and targeted action from businesses and the finance sector can be made in tandem, to reduce the total costs of the world’s first commercial-scale, zero-emission shipping pilots by 30%-50%.

It emphasises the importance of green hydrogen in decarbonising the sector. Hydrogen represents the largest share of the total pilot cost for the ammonia and methanol fuel pathways that most companies are exploring. But more than 99% of the hydrogen produced in 2018 did not use renewable energy.

To help businesses looking to invest in green hydrogen in avoiding higher investment and operational costs, the blueprint recommends that governments either introduce new premiums for high-carbon fuels, or that the sector moves to agree on an internal pricing mechanism of this nature.

Businesses should also co-invest in new equipment where possible and look to retrofit and repurpose their existing infrastructure and vessels before buying new, the framework speculates. Collaboration is the keyword for the recommendations for the private sector.

The blueprint also acknowledges the major role which policymakers will need to play in the sector’s transition to net-zero. It outlines the benefits of direct grants and co-investment in zero-emission pilots, as well as broader policy supports like a reduction in electricity taxes and grid fees and a stronger long-term carbon pricing trajectory. Many nations, including the UK, currently exclude international shipping from carbon pricing and accounting – but this may change as the global net-zero movement accelerates.

“Governments have a crucial role in incentivizing and accelerating shipping’s green transition,” the Global Maritime Forum’s head of research Kasper Søgaard said. “By supporting first movers, governments can help generate the technology learnings and economies of scale that will allow the market to take over, similarly to the role governments has played within renewable energy technologies such as solar and wind.”

Shipping is currently responsible for around 3% of global CO2e emissions, but researchers for the European Parliament believe this proportion could rise to 17.5% by mid-century without a step-change in approach. Many businesses clearly believe that green hydrogen will play a core role.

Maersk, which was the first corporate in the sector to set a net-zero target, is collaborating with Ørsted, Copenhagen Airports Danish logistics firm DSV Panalpina, ferry firm DFDS and airline SAS on a new sustainable fuels facility which could become operational by 2023.

In the UK, major green hydrogen projects have been approved in Manchester, the Humber region and the Isle of Wight. The fuel is expected to be deployed by industrial clusters and the aviation sector as well as shipping.