The full version of the so-called Green New Deal bill has been released by Green MP Caroline Lucas and Labour MP Clive Lewis as climate strikes continue across the UK. 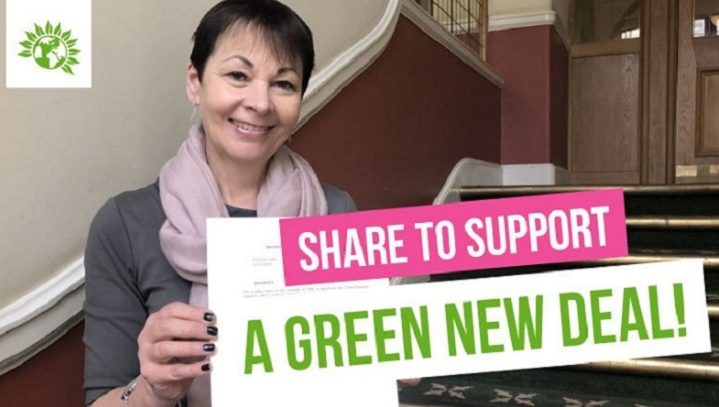 The bill, which was originally presented earlier in a Private Members Bill to the House of Commons in March, aims to create a “transformative programme driven by the principles of justice and equity”, Lucas told the Guardian.

The bill includes the establishment of a Green New Deal Commission, alongside specific policies such as zero-carbon social housing, active travel, peatland restoration, reducing air travel and reducing the carbon impact of consumer goods and foods.

It said the Green New Deal ‘must promote’ reforestation and rewilding, improving air quality, green spaces, biodiversity, reduce pesticides and the transition away from agrochemicals. Additionally, there must be a strong economic objective with the promotion of employment associated with decarbonisation, apprenticeships, public and municipal enterprises, co-operatives and supporting those most affected by the transition to the zero-carbon economy.

Referring to the bill, Lucas said: “We need to put finance back in its place.  That would free us up to make the massive investment we need in renewable energy, energy efficiency, greening our transport and farming systems, investing in the most systematically excluded communities and creating millions of new Green jobs.

“The new society we build with a Green New Deal will leave us much better off in the things that really matter.  Healthier. Happier.  More equal. Spending more time in nature.  Reclaiming our public space.

“The failure to act to avert climate catastrophe is the greatest moral failure of our time. We’re here today because we recognise that with time running out, it falls to us to act.”

Lucas also criticised the Government for backing “business-as-usual” when it is that which has created the climate crisis.

She said: “The truth is that a target of net-zero by 2050 is not climate leadership.  When your house is on fire, you don’t call 999 and request a fire engine in 30 years’ time. You don’t sit back and turn up the central heating – by expanding Heathrow, forcing fracking on communities and slashing support for renewables.  You drop everything and put the fire out.

“A pitiful £30m given to accelerate climate action. £30m for the greatest crisis humanity has ever faced.  When last year they spent £420m on fixing potholes.”