Green economy recovery packages for the coronavirus crisis will repair the global economy and put the world on track to tackle climate breakdown, but time is running out to implement the changes needed, new analysis has shown. 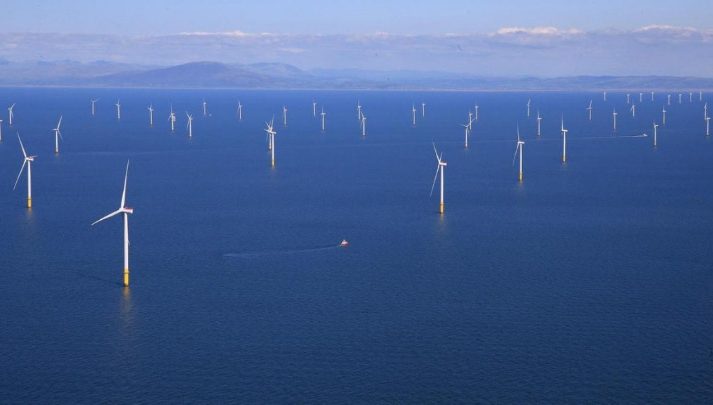 Projects which cut greenhouse gas emissions as well as stimulating economic growth deliver higher returns on government spending, in the short term and in the longer term, than conventional stimulus spending, the study from Oxford University found.

Many of the projects that could create new jobs in the UK are “shovel-ready”, compliant with social distancing requirements and could be started quickly, said Cameron Hepburn, director of the Smith School of enterprise and the environment at Oxford University and lead author of the study.

He cited energy efficiency programmes to insulate the UK’s draughty housing stock, the building of electric vehicle charging networks, redesigning roads for more cycling, flood protection and planting trees. “These all need large-scale deployments, offer low to moderate skilled work and will have benefits in terms of climate change as well as boosting the economy,” he said.

Clean energy infrastructure construction is one example, generating twice as many jobs per pound of government expenditure as fossil fuel projects around the world. Others include expanding broadband so more people can work from home.

“Tackling climate change has the answer to our economic problems,” Prof Hepburn told the Guardian. In their stimulus packages after the 2008 financial crisis, governments largely failed to capitalise on the carbon-cutting potential of their spending, partly because there was a lack of “shovel-ready” initiatives.

This time, countries already have commitments to cut emissions under the Paris agreement, so there is a framework to require them to take account of carbon, as well as better awareness of the economic benefits of renewable energy, electric vehicles and other clean technology. “I think there is a better chance this time of a green recovery,” he said.

The findings of the study, published in the Oxford Review of Economic Policy, provide academic backing to the calls for a “green recovery” that have been made by leading experts amid the Covid-19 crisis.

The study also supports calls for any bailouts for fossil fuel companies or heavy emitting sectors, such as airlines and car manufacturing, to have conditions attached that would require the companies to reduce their climate impact.

Brian O’Callaghan, also of the Smith School and co-author of the paper, said governments should act quickly. “Following large-scale government spending, there is often a hesitancy on the part of the public to spend more,” he said. “The natural inclination might be to take an easy pathway. But this is the single biggest opportunity for the government to shape the future decade, and it could give a significant economic boost.”

The paper, co-authored by the Nobel prize-winning economist Joseph Stiglitz, and Lord Nicholas Stern, the climate economist, catalogues more than 700 stimulus policies and makes comparisons with the global financial crisis of 2008. More than 230 experts, including senior officials from finance ministries and central banks in 53 countries, responded to a survey on the potential for climate benefits and fiscal recovery measures.

Stern warned last week at the Petersberg Climate Dialogue where the UK, the US, China and other governments discussed the climate crisis, that stimulating new jobs in heavily emitting sectors was short-sighted. “The jobs of the past are insecure jobs,” he said. “[To create future jobs] we need the right kind of finance in the right place at the right scale at the right price.”

Mark Carney, former governor of the Bank of England and now a finance adviser to Boris Johnson for Cop26, called for all companies to disclose their plans to reach net-zero emissions. “Every company in every sector, every bank and every insurer, every pension fund, should be expecting to develop and disclose a transition plan to net zero,” he said.

The UK can seize the opportunity as president and host of the crunch UN climate talks to lead the way on an international green recovery, leading economists said, in a briefing to ministers to accompany the Oxford study results.

The Cop26 summit has been postponed to early next year, giving time for the government to come up with a recovery package that would set the UK on a path to net-zero emissions. The economists called for a new climate emergency committee, led by ministers, and for the UK to set up a sustainable recovery alliance with other governments.

“The UK should link Cop26 with the Covid-19 recovery,” said O’Callaghan. “They have a real leadership opportunity.”

Emily Shuckburgh, of the University of Cambridge, a co-author of the government briefing, said: “Shaping the national and global recovery from the coronavirus pandemic in a way that supports the response to climate change and other environmental threats simply makes sense. Not only does analysis suggest green recovery packages deliver greater economic benefit, but investing appropriately in research, innovation, infrastructure and skills training, and matching that with robust institutional structures, will help create a fairer, more resilient, sustainable world with benefits for all.”