Greenest team on the greenest grid: Can carbon-neutral racing energise the climate debate?

EXCLUSIVE: With Formula E team Envision Virgin Racing confirming that it has achieved carbon-neutral status, the company's managing director Sylvain Filippi believes the sport can use its platform to showcase "exciting" low-carbon solutions to inspire a broad audience. 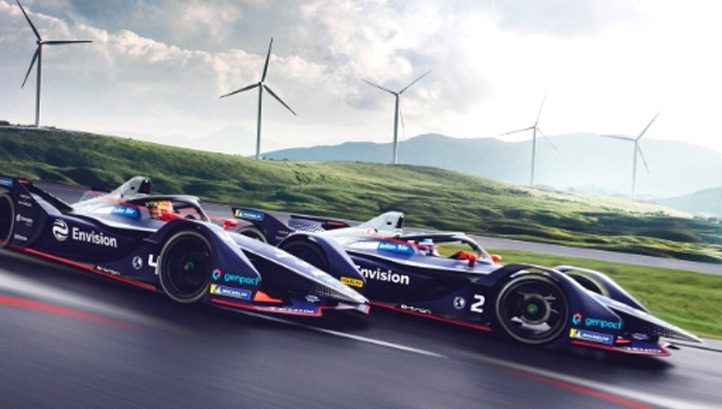 Envision Virgin Racing has this week been certified carbon neutral by the Carbon Trust, the first team in the Formula E series to achieve the status. The company has been certified to PAS 2060 carbon neutrality standards, which covers operational facilities in Silverstone and London and race and business travel for up to 40 staff members.

Speaking to edie ahead of the ‘Race Against Climate Change Live’ summit, and to coincide with Formula E’s return to racing, Envision Virgin Racing managing director Sylvain Filippi claimed that the organisation and other teams in the series had a “coherent and unified” desire to explain the severity of the climate crisis to fans, but to also showcase the exciting solutions to combat it.

“We want to use the Formula E platform to have the biggest voice possible on climate change and the solutions that we can turn to,” Filippi told edie. “I’m a solutions-minded person and there’s a lot of exciting stuff out there. We want to educate others.

“Climate change is now of interest to the general public, and they want to gain more understanding. But while it’s important to understand the gravity of the situation we want to highlight the exciting solutions that can be used. Sport is a great platform that can reach millions of people. It’s an emotional platform. Our job is to show that the future is not bleak and we’re hopefully showing that electric vehicles (EVs) and renewables are exciting.”

Whether it’s through the “Blue Planet II effect” or the stirring speeches from Greta Thunberg, the climate emergency has risen in prominence amongst the public, media, policymakers and businesses. However, the conversation can be taxing, with the looming threat of the climate crisis coupled with the disruption that will be caused by solutions to alleviate it. As such, Filippi wants to use Formula E’s growing audience to change the conversation, by informing in a way that inspires.

With season six shaping up, Formula E has enjoyed strong audience growth. Race-day attendees surpassed more than 400,000 spectators and ticket holders across the previous season. At the same time, fans watching on TV has increased by 24% year-on-year, amassing 411 million viewers across 13 races.

The growing audience is a “diverse” one, according to Filippi, consisting of a mix of motorsport fans, casual watchers and those interested in EVs. Formula E is, unsurprisingly, using its platform to champion the electrification of transport off the track and the potential for a circular economy for batteries. The all-electric series is working with recycling firm Umicore and Williams Advanced Engineering to showcase battery recycling and, since its inception, has been communicating the benefits of EVs to fans.

But it isn’t just EVs, that the sport or Envision Virgin Racing want to support. As part of its Carbon Trust certification, Envision Virgin Racing has promoted the use of 100% renewable energy and has installed EV charging points at its Silverstone headquarters. It also recycles 69% of its total waste, has implemented a staff bike-to-work scheme and has banned the sale of single-use plastics and red meat at events.

Cutting back on meat and switching to EVs are two disruptive methods that some of the general public are willing to adopt to assist the battle against the climate crisis. But limiting average global temperature increases to below 1.5C – as envisioned through the Paris Agreement – requires a reduction in emissions of around 45% in the next 10 years. This, according to the Intergovernmental Panel on Climate Change (IPCC), would put the world on a trajectory to reach net-zero emissions by 2050.

In the same decade, the world will likely fail to achieve the Sustainable Development Goals and the physical damage caused by the climate crisis will exacerbate. In short, the messaging is daunting and distressing and can stifle beneficial engagement with the public on how to change for the better.

Filippi stated that Formula E and other sports – rivals Formula 1 has set a 2030 net-zero target that covers the on-track activity of its cars and the series’ wider operations – can couple the emotion and passion of sports fans with educational and engaging messages about solutions to combat the crisis.

“Most people don’t live and breathe [sustainability] and the timings on the horizon are short and challenging,” he said. “We need support for this movement. We want people to switch to greener solutions, not because of subsidies or price, but because it is better in every way. Technology has to be better.

“We don’t want to patronise though. We want to educate in a package that uses the excitement and emotion of sport. Combining the right messages with a passion for sport is a powerful mix.”

The fact that Formula E vehicles have less impact on noise and air pollution than traditional vehicles has enabled the sport to take an innovative approach to engagement.

Since then, a documentary has been created, directed by Academy Award winner Fisher Stevens and Malcolm Venville and produced by Leonardo DiCaprio. It follows the racing series across unique locations and how EVs can assist the fight against climate change and deadly levels of urban air pollution.

“The good thing about Formula E is that the sport has grown and still we are very coherent as an ecosystem,” Filippi added. “All the teams have the same ambitions and want to share the same messages, we work well with the promoters.

“It means we can do some really good things to showcase the right message and unite on the important issues.”

As the sport continues to grow, so too does its outreach. As new cities are added to the race series, the teams have a chance to engage with communities to promote the benefits of low-carbon solutions. In India, for example, citizens were assisted in training to build solar panels.