Greenwash or necessity: What role does carbon offsetting play in reaching net-zero?

Several NGOs offering carbon offsetting have reported a fourfold increase in investment over the past two years - but with concerns around greenwashing persisting, where should businesses be positioning offsetting in their net-zero strategies? 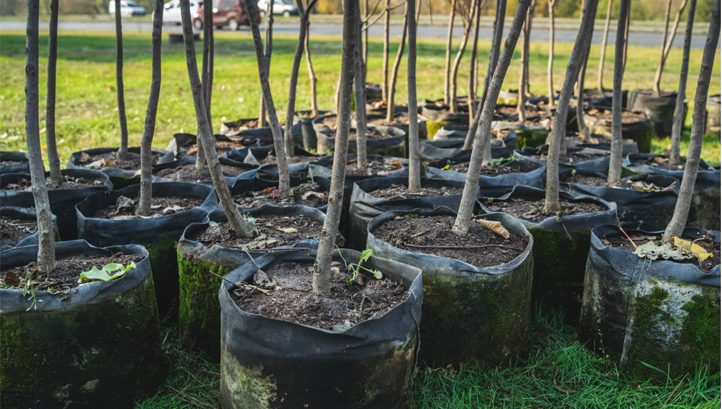 Tree planting is a common form of offsetting

That was one of the key discussion points among speakers taking part in edie’s most recent webinar, entitled: ‘Climate activism: Redefining business engagement to help reach net-zero’.

The webinar, sponsored by EDF Energy, also gave speakers the chance to highlight how their organisations have evolved over 12 months of heightened climate awareness, driven by the climate strikes that have occupied cities across all corners of the globe.

Flight of fancy or credible solution?

During the Q&A proportion of the webinar, edie’s content editor, Matt Mace, chairing, noted that carbon offsetting was the most common theme raised by viewers for the panel of speakers. Several NGOs offering carbon offsets have reportedly experienced a fourfold increase in investment over the past two years, with purchases coming from individuals and businesses alike.

This growth in interest is being attributed to the implementation of ever-more net-zero legislation by nations and the growing climate activism movement among the general public, with Swedish activist Greta Thunberg having made a string of vocal calls to action over some of the world’s most-emitting sectors including transport and heavy industry in recent months.

But many green groups continue to be sceptical about the true impact of carbon offsetting, with questions around issues such as the double-counting of carbon offsets and how the projects they support are tackling a broader range of environmental and social challenges being raised regularly. Moreover, the sentiment that companies can simply “buy their way” to net-zero without minimising their carbon footprint is persistent amid broadly weak carbon pricing.

These concerns have been thrown time and again at the aviation sector, which is responsible for 2% of global emissions and is predicted to grow exponentially before technologies such as fully-electric aircraft are industrialised. Responding to these points, IAG’s group sustainability manager Carrie Harris said her organisation would always prioritise in-sector emissions reductions through new aircraft design, operational efficiency and innovative fuels over offsetting.

“For us, it’s key to make sure that we’re using very high-environmental-integrity offsets; that means they’re permanent, they avoid leakage, they’re additional and there’s no double-counting associated with them,” Harris said.

“Contrary to what many people might think, we don’t actually want cheap carbon pricing through carbon offsetting. That price mechanism needs to be effective in order to drive long-term decarbonisation.”

IAG’s way of ensuring “very robust” offsets, Harris said, is by working with CORSIA – the industry-wide programme aimed at mitigating 2.5 billion tonnes of CO2e emissions between 2021 and 2035, largely through offsetting.

In order to achieve carbon-neutrality, ITV purchased carbon offsets for the first time in 2018. For Giannini, this move enabled the company to “do something straight away” while it continued to “develop the strategies needed to understand how [it] embeds” net-zero across policies regarding hard-to-abate areas such as transport and logistics.

Giannini maintained that ITV’s key priority going forward will be to develop and gain approval for its 1.5C-aligned science-based targets – an activity she believes will reduce the long-term costs of decarbonisation.

UKGBC’s chief executive Julie Hirigoyen praised this approach, urging listeners to use carbon offsetting as “the very last step in a hierarchy of priorities”. Her organisation is notably striving to help its 400+ members achieve net-zero carbon for operational energy by 2030 and to make all of their buildings truly net-zero by 2050, with particular focus areas at present being embodied carbon and biodiversity net-gain.

“That said, we know that today, it’s very difficult – if not impossible – to create a net-zero carbon whole-life building in its own right,” Hirigoyen added. “The importance is in ensuring that [offsets] are very high-quality, avoiding double counting and demonstrating additionality.”

Hirigoyen added that she would like to see more companies in the built environment sector – developers in particular – exploring offsets which invest in carbon reduction and energy efficiency projects in the communities surrounding their projects. This framework, she argued, could better address issues such as fuel poverty and local climate adaptation than funding projects abroad.

These comments come at a time when 10.9% of UK households – or 2.53 million families – are believed to be living in fuel poverty. At the same time, the Committee on Climate Change (CCC) is warning that the UK’s housing sector is both a key contributor to the nation’s climate footprint and one of its worst-prepared sectors for temperature increases.

EDF Energy’s director of energy solutions Vincent De Rul agreed that offsetting should be the “last option” in any business’s net-zero arsenal, adding that it is likely to become more expensive in the future, as ever-more organisations get involved and as nations legislate for higher carbon pricing.

Indeed, it was pointed out at this year’s The Business Booster summit in Paris that there are not currently enough carbon credits in existence for Amazon to buy its way to net-zero at present – and that, even if there were, the board would likely not give buy-in to do so due to the cost.

But De Rul also urged listeners not to point the finger at SMEs using offsetting to reach net-zero as they flesh out their long-term plan.

“I think that, in some ways, for some businesses which do not have all the ability to implement complex materiality the carbon projects, offsetting can be a way to start a discussion and begin moving towards [net-zero] territory,” he concluded.

“From the point of view of an energy supplier… offsetting is definitely not something that we are promoting. But when a customer wants to start doing something and feels the only way to start is offsetting, then why not, if we can have a proper conversation on what the long-term view is.”

This webinar forms part of edie’s Net-Zero November, a month of content and events to inform and inspire sustainability professionals to push towards net-zero. You can read all Net-Zero November content here.