A survey of more than 1,000 teenagers in the UK has found that around one-quarter (23%) are keen to pursue a career in the green economy. 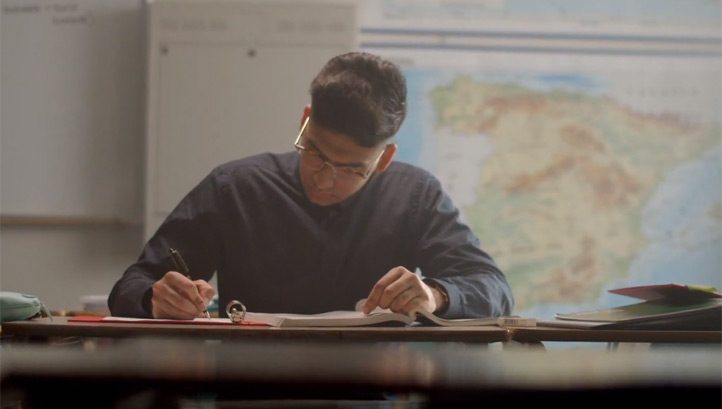 More than three-quarters of the teens said the work of Greta Thunberg is influencing their decisions. Image: RSC

Carried out by the Royal Society of Chemistry (RSC), the survey asked 1,008 UK students between the ages of 15 and 18 for their views on environmental issues and careers in STEM (science, technology, engineering and maths).

More than three-quarters (77%) of respondents said they were re-thinking their career plans after seeing the work of Swedish climate activist Greta Thunberg.

Just under one-quarter (23%) said they definitely wanted to pursue a career in a sector – such as renewable energy or cleantech research and development – or an organization, which is working directly to combat climate change.

Respondents recognized the importance of STEM skills to many careers in these fields; 82% said chemists have an important role to play in tackling climate challenges, and 26% said scientists, on the whole, have the biggest role to play.

But the RSC highlighted the gap between these sentiments and current support for the uptake of STEM studies. Of the 2.3 million students attending UK universities annually, less than 340,000 are choosing core STEAM subjects – and women still aren’t proportionally represented in this field of study.

In order to help tackle the issue, the RSC has launched a new communications campaign called ‘Making the Difference’, which is targeted primarily at students and those considering a career change. Its messaging showcases individuals who are addressing environmental and social challenges through their studies or career in science.

The RSC is now developing resources for schools and parents to complement the campaign, so that they can support young people to turn their STEM ambitions into actions.

“We all must capitalise on young people’s interests in addressing the climate crisis and demonstrate how they themselves can make the difference through informed career choices,” RSC’s director of education and professional practice Sarah Robertson said.

“With 82% of respondents to the survey saying that chemistry and the chemical sciences is important to addressing climate change, for example, there is an opportunity to fulfil that ambition – but only if we provide better support and inspiration for the next generation of climate scientists.”

A new bag of tricks

Skills have proven something of a hot topic in the sustainability space over the past two months.

In January, National Grid released a report detailing how 400,000 jobs across the UK’s green economy will need to be filled by 2050 if the nation is to meet its net-zero energy target. Of these ‘green collar’ jobs – which span across sectors ranging from R&D, to manufacturing and maintenance – 140,000 already exist but will need filling as incumbent holders leave the field, while the remaining 260,000 must be created.

The Government estimated in 2018 that there were around half a million workers employed in so-called “green-collar” jobs across the UK. This figure accounts for those directly employed in renewable energy and those in related sectors such as manufacturing and low-emission transport.

The Department for Business, Energy and Industrial Strategy (BEIS) is aiming to increase this figure to two million by 2030, but the latest figures from the Office for National Statistics (ONS) sparked concerns about the UK’s ability to deliver on that target.

In the sustainability profession specifically, employees have told of how the rise of plastics and climate activism has moved environmental action up the ‘to-do’ list of their C-suites. edie recently gathered 14 leaders in the profession, from across a range of sectors, to discuss the new skills that will be needed in the 2020s – dubbed the “decade of deliverance” against frameworks such as the Paris Agreement and Sustainable Development Goals (SDGs). You can read a summary of their key takeaways here.