Heathrow Airport has announced its intention to become a zero-carbon airport by the mid-2030s, after reaching carbon-neutral status for its buildings and infrastructure today (21 February). 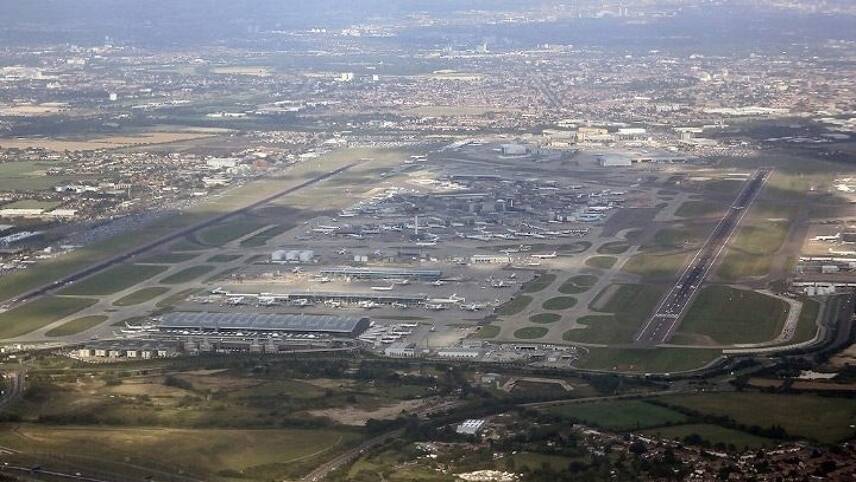 The new commitment will be followed by a ‘Target Net-Zero’ action plan next week that will outline the steps the airport can take to decarbonise its infrastructure. This, Heathrow Airport claims, will support the UK aviation industry’s wider commitment to become a net-zero sector by 2050.

Heathrow’s chief executive John Holland-Kaye said: “Making our infrastructure entirely carbon neutral is a significant milestone and a testament to the determination of our airport to help spearhead a new era of sustainable aviation.

“Our sights are now set on working with the global aviation industry to deliver on net-zero by 2050, at the latest. We can and will cut the environmental cost of flying whilst keeping the benefits of travel for future generations.”

In 2019, Heathrow had around 80 million passengers board flights at the airport and is currently awaiting a ruling from the Civil Aviation Authority (CAA) on the costs of its controversial expansion. Legal cases that the expansion should be cancelled over climate concerns have been dismissed by the High Court. Even if Heathrow realises its zero-carbon airport ambition, aircraft landing and taking off will still be emitting.

Heathrow Airport has claimed that it is “on-track” to meet its flagship ambition of becoming a “carbon-neutral” facility by 2020 and achieving net-zero carbon status for its planned expansion, after increasing its investments in renewable power and beginning peatland restoration last year.

Heathrow switched to renewable gas for heating in Terminal 2 last year, following its airport-wide switch to 100% renewable electricity in 2017. This has made Terminal 2 the company’s first building to be powered with 100% clean heat and electricity.

This year, Heathrow will focus on accelerating efforts to promote sustainable transport links, such as public rail services, and transition all of its cars and small vans to electric and hybrid.

The airport has also forayed into peatland restoration, which the firm has always touted as a key component of Heathrow 2.0 – its sustainability strategy for carbon-neutral expansion. The company partnered with Lancashire Wildlife Trust and Defra on its first peatland restoration project last autumn, with the sustainability report revealing that a total of 70 hectares of the habitat are set to be restored under the scheme.

Heathrow Airport will offset the remaining 7% of infrastructure emissions through tree-planting projects in Indonesia and Mexico that will be certified through the Verified Carbon Standard.

Heathrow claims that offsetting will be an interim measure and will funnel £1.8m of new investment this year on nature-based carbon capture solutions in the UK. Ullapool in Scotland, for example, will benefit from a native woodland creation project part-funded by Heathrow. In partnership with Forest Carbon, the project will cover 87.4 hectares.

The Committee on Climate Change, which advised the UK Government on its legally binding net-zero emissions target, estimates that restoration of natural UK carbon sinks like peatlands and woodlands can save 43 megatonnes of carbon annually by 2050.

Heathrow will aim to secure a level 3+ carbon neutrality certificate within the Airports Carbon Accreditation Scheme later this year.

A host of airports and aviation firms have recently made their own net-zero commitments.

In fact, British Airways and Shell have provided funding totalling £2.8m to support the development of a UK-based facility that could produce 20 million gallons of sustainable jet fuel annually.