Britain's run of more than 55 days without relying on coal for power came to an end this morning, with the National Grid firing up a coal-fired plant in Nottinghamshire to combat low energy output during the current heatwave. 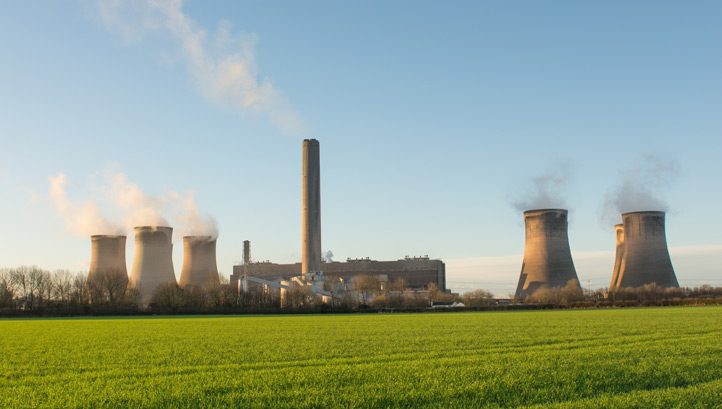 Britain has operated for almost 3

Britain had gone its second-longest stretch without using coal power for electricity, lasting 55 days between mid-June and mid-August. The current record of 67 days was set earlier this year.

National Grid instructed the Ratcliffe-on-Soar power station in Nottinghamshire to begin generating electricity. It was in response to the current heatwave, which has seen gas-fired power stations unable to generate at maximum capacity, while low wind speeds have hindered renewables generation from turbines. Planned maintenance works on a selection of power plants also limited generating capacity.

Wind energy has accounted for almost one-third of the UK’s electricity generation in the first quarter of 2020, but accounted for just 4% on Wednesday afternoon, according to the Guardian.

Power plants struggle in high-temperature conditions. It requires more energy to compress hot and humid air to be used by turbines in the plants, as such outputs are usually reduced.

However, Britain has still “operated for almost 3,300 hours without coal so far in 2020 – over 60% of the year,” according to the National Grid.

The current heatwave has seen the UK record its hottest August day in 17 years, with temperatures surpassing 36C throughout the week. It has also been the longest consecutive period of high-temperature days since the 1970s.

US National Oceanic and Atmospheric Administration has suggested that there is a 75% chance that 2020 will be the hottest year on record and has a 90% chance of being in the top five. The administration also states that the “world’s five warmest years have all occurred since 2015 with nine of the 10 warmest years occurring since 2005”.

The end of the coal-free streak comes just days after the National Infrastructure Commission (NIC) stated that up to 65% of the UK’s energy demand could be met by renewable generation within a decade – increasing the proportion from 50% in previous forecasts to account for falling costs.

By 2050, electricity generation should stand at a minimum of 465 TWh, compared to 345TWh in 2019. This will account for the electrification of sectors such as heat and transport, as well as population growth and digitisation, the NIC stated in a new report.

The UK is still working towards a commitment to shut down all coal-fired power plants by 2025.