The UK's price on carbon will need to reach £75 per tonne by 2030 if the nation is to meet its 2050 net-zero target - a price which would raise up to £27bn of finance for low-carbon sectors. 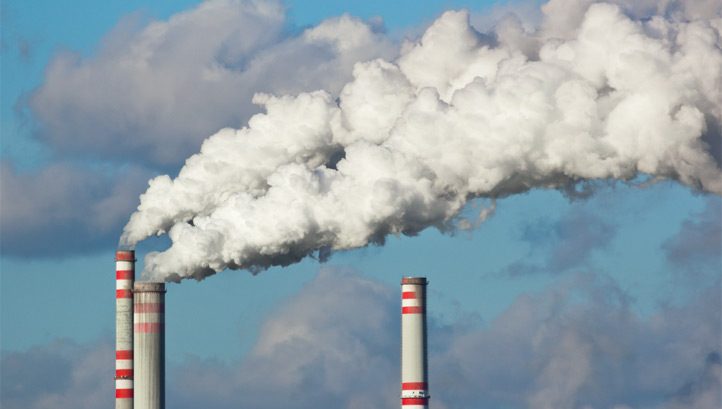 Carbon Price Support in the UK is currently £18 per tonne

That is the key recommendation of a new white paper from the Zero Carbon Campaign – a commission of leading scientists, business leaders, environmental and academic experts tasked with developing practical policy and business recommendations for transitioning to a net-zero economy.

Due to its contribution to national annual emissions and logistical difficulties with improving technologies, domestic heating should be prioritised, the report concludes. Ministers must announce a carbon price trajectory for the sector “immediately” and implement new rules within this parliament, the report recommends.

Price trajectories for industry and agriculture should only be announced once post-Brexit border arrangements are in place, the report continues. An arrangement was reached in June to reduce the existing EU ETS cap by 5% within a year. Further reductions will be needed as the UK approaches its 2050 net-zero deadline. Clarity on pricing, however, is still needed.

Similar issues exist for aviation and international shipping; stronger pricing from the UK will not be effective unless international prices are agreed upon, the report explains. Ministers are encouraged to reconsider relief schemes for commercial fuels and vessels in the meantime.

The report additionally acknowledges that the carbon price on road surface transport is already “implicitly higher” than £75 per tonne of CO2e but urges the Treasury to reconsider its freeze on fuel duty at the 2021 Budget.

Carbon pricing should also be streamlined, with a single “simple” mechanism replacing the “large number of overlapping pricing instruments” during the course of this Parliament.

By following the report’s recommendations, the Zero Carbon Campaign claims, as much as £27bn could be raised by 2030 – and this money should be earmarked specifically for net-zero aligned green recovery schemes.

The report recommends that a portion of the money is spent to protect the UK’s poorest from any increases in utility costs which will result from the low-carbon transition, in line with the Conservative Party’s commitments to create a “just transition” and to “level up” low-income regions. “People are not willing to see households burdened with charges they cannot escape,” the document warns.  Rises in the cost of transport and food will also need to be considered in the longer term.

Funding should also be allocated to low-carbon sectors where many employment opportunities can be created in the short-term as the UK economy recovers from Covid-19, including retrofitting and nature conservation and restoration, and to emerging technologies in the energy sector. These include carbon capture, usage and storage (CCUS), hydrogen, and electric solutions for heavy industry, transport and heat.

Financial support from carbon pricing must also be backed up with enabling policies to ensure holistic and long-term change, the report cautions. Among the mechanisms floated are changes to the Contracts for Difference (CfD) scheme, higher landfill tax rates and longer-term incentive schemes around energy efficiency.

Support has been given to the report by the likes of Grantham Research Institute on Climate Change chairman Lord Stern; UK100 director Polly Billington and the International Monetary Fund’s Ian Parry.

The price is right

The publication of the white paper comes just days after analysis from Refinitiv’s carbon research division concluded that carbon prices across the EU would increase by more than 50% through to 2030, after the bloc confirmed a 55% emissions reduction target for 2030 to bolster its 2050 net-zero target.

Reviews and proposals for changing the ETS are due in Summer 2021.

In the UK specifically, Chancellor Rishi Sunak confirmed at the latest Budget that the Carbon Price Support will continue at £18 per tonne until 2022, at which point a more “ambitious” price linked to the EU ETS is hoped to be introduced. However, £18 is notably short of the current global average of £24.

Ministers have been facing calls to increase carbon pricing from the likes of the Aldersgate Group, the Sustainable Energy Association and its own Committee on Climate Change in the wake of Covid-19.

On Wednesday 23 September, edie is hosting an afternoon of live, interactive webinar presentations and discussions all dedicated to delivering a socially and environmentally sustainable recovery from the coronavirus pandemic.

Experts from organisations including Aldersgate Group, BT, Bank of England, Ella’s Kitchen and UKGBC are all taking part in panel discussions and live Q&A sessions.

For a full agenda and to register for free, click here.

Companies worth more than $38trn now committed to science-based climate targets, with Europe leading the way