Highways England has unveiled plans to reach net-zero across its operations by 2030 as part of a step to deliver net-zero travel across English roads by 2050. 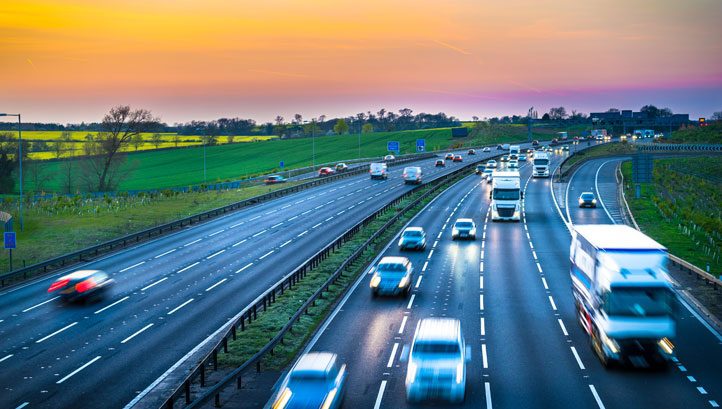 The UK Government has faced criticism due to planned  £27.4bn roads building expansion

Off the back of the publication of the Transport Decarbonisation Strategy, Highways England has unveiled its vision of creating a net-zero roads system by 2050.

The plan consists of reaching operational net-zero emissions by 2030, delivering net-zero road maintenance and construction by 2040 and then supporting zero-carbon transport by 2050. Contractors and suppliers will also be committed to reducing carbon emissions annually.

Highways England’s acting chief executive Nick Harris said: “Highways England recognises the threat of climate change and the risks it poses for us all. That’s why we’re pledging to take effective action to take carbon out of roads.

“It will put roads at the heart of the low carbon economy, while preserving the convenience and economic benefit of an efficient road network.”

The strategy features numerous interim targets on the road to net-zero. By 2025, Highways England will reduce its carbon emissions by 75% compared to a 2017 baseline. By 2030, it will switch to LED lighting, plant three million trees and move its fleet to electric vehicles (EVs) to reach net-zero operations.

However, the UK Government has faced criticism due to planned  £27.4bn roads building expansion. The UK Government’s second Road Investment Strategy (RIS2) is currently embroiled in a legal challenge on climate grounds.

The Transport Action Network (TAN) took the UK Government to the High Court last month, arguing that RIS2 would risk the UK’s ability to align with the Paris Agreement and the long-standing commitment to leave nature in a better state for the next generation, recently backed with a new commitment to ensure that all major infrastructure projects are ‘nature positive’.

Transport Minister Rachel Maclean said: “We know that transport is the biggest emitter of carbon emissions, which is why I’m pleased to see that Highways England are setting out a roadmap which will clean up our air as we Build Back Greener.

“This comes just days after the government unveiled its Transport Decarbonisation Plan, setting out our plans to reach net-zero emissions by 2050.”

There are also concerns that the UK is doing little to promote other forms of transport.

Globally, traffic emissions look set to rise by 16% by 2050 based on current policies, as demand for transport activity doubles, according to the International Transport Forum’s (ITF) Transport Outlook 2021 report.