How can we turn the Blue Planet effect into impactful behaviour change?

In the UK, we have seen a growing public debate about the impact our lives have on the environment largely driven by the debate on single-use plastics, but how can we turn this awareness into impactful behaviour change? 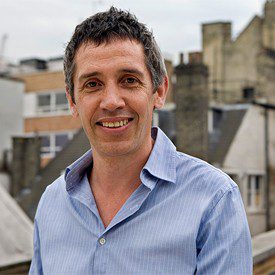 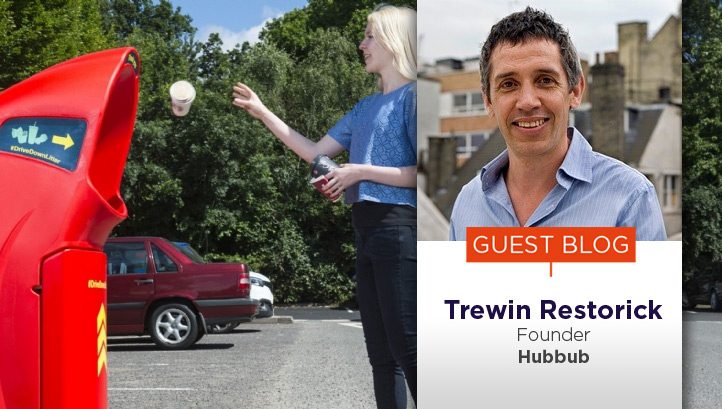 World scientists could not be clearer; we have twelve years to avoid damaging climate breakdown.   Fundamental change is required at all levels of society covering economic strategies, government policies and daily lifestyles.

Hubbub has been exploring different behaviour change techniques with a wide range of companies, here are four things we have discovered.

The power of nudge

Getting people to rethink an everyday habit with clever nudge messaging has proved highly effective.  One of Hubbub’s most successful designs has been the cigarette ballot bin which gets smokers to vote on a question with their cigarette butt rather than chucking it on the floor.

We have tailored questions so that they are relevant to the target audience. For instance, we know young men are likely to drop cigarette butts so the ballot bin asks questions such as ‘Who is the Best Footballer in the World? Ronaldo or Messi’. The bin reduces littering, provokes debate and gets people to rethink an everyday habit. More than 1,400 bins have been sold globally reducing littering wherever they have been installed and generating questions such as ‘Is Donald Trump’s hair real

Simple nudge techniques like this can be used by sustainability managers to change behaviour and get feedback. For example, Nandos installed a voting bin to cut cigarette littering and used it to ask employees questions that helped inform the development of their environment strategy.

The power of emotion

People are more likely to act if they see a direct social benefit preferably at a local level. Our research discovered that many families have stashed away at home beautiful baby clothing which has been outgrown by their children. These clothes often have a strong emotional attachment for the parents and they want to make sure that, if they are handed on, they provide benefit to another family.

The #GiftaBundle campaign developed in partnership with Mothercare invited parents to create gift bags of outgrown baby clothes. These bags were taken to the local Mothercare store and on Mothers Day were distributed to local families who were struggling to make ends meet. Last year, these gifts from a mother to another supported 6,000 families and redistributed 52,000 items of clothing.

For companies offering social benefits at a local level can have business advantages. Retailers are struggling to get footfall in stores and Mothercare discovered that the #GiftaBundle campaign offered a different and positive reason for people to visit their stores increasing footfall and opportunities to sell.

The importance of topicality

There are times of year when our attention is focussed on celebration – such as Easter, Halloween and Christmas. These events can be used to encourage people to change habits to be more sustainable.

Hubbub discovered that 18,000 tonnes of pumpkins are discarded at Halloween. This statistic gave us the perfect opportunity to raise the issue of food waste. In 2014, we created #PumpkinRescue which began as a campaign in Oxford supported by local community groups. Each year the momentum of the campaign has grown. In 2018 there were 40 communities involved and the story was covered in over 40 media outlets.

Linking into times of celebration offers companies a different way to get sustainability messages to a mainstream audience. This year, Knorr carried out public polling linked to Halloween pumpkin waste.  The topicality of the poll enabled the company to get significant press and social media as well as promoting the benefits of using stock cubes to make soup.

The power of collaboration

Behaviour change campaigns work best if they unite a wide range of organisations behind a commons message and brand. The Square Mile Challenge has recycled more than five million coffee cups in the heart of London thanks to the combined efforts of high street retailers, manufacturers, transport hubs, the City of London and local employers.

Hubbub is taking this collaborative approach a step further with #LeedsByExample where 24 leading companies have joined together to explore new ways to boost recycling on the High Street. The campaign has been running for two months and is being independently evaluated. The results will be widely shared to help inform policy and develop new approaches to on-street recycling.

There are a growing range of environmental challenges such as poor air quality, climate change and plastic pollution that are beyond the remit for any one company to successfully address. Greater collaboration will build impact and enable limited resources to be used more effectively and Hubbub believes this approach should be explored more frequently by sustainability managers.

During 2019, Hubbub will seek to embed these techniques into future campaigns and will continue to explore new approaches to encourage more people to live sustainably.