Around 500TWh of hydrogen-generated power could be consumed annually in the UK by 2050 - equivalent to 50% of national demand - provided that ambitious supports from policy and large businesses are put in place, new analysis has found. 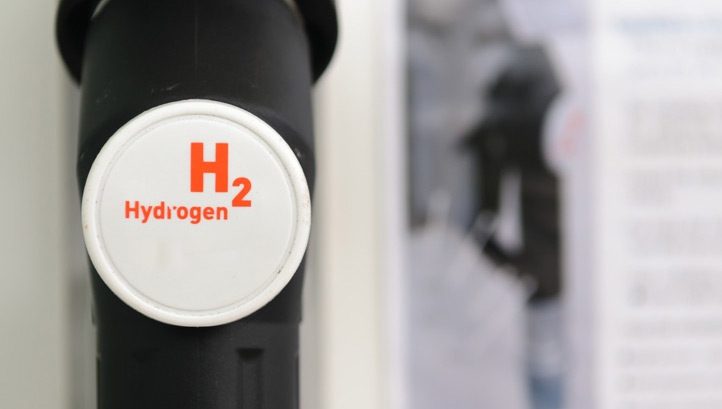 Hydrogen is widely regarded as a key part of the UK’s transition to net-zero by 2050. But  95% of the hydrogen produced globally in 2018 was produced using fossil-fuel powered methods

Aurora Energy Research assessed multiple adoption scenarios for hydrogen in the UK through to 2050 in its latest major report, published today (24 June). In a high-adoption scenario, hydrogen is likely to provide around half of the energy needed to power the UK’s industrial sector, heating and transport, the report explains.

In order for this scenario to become a reality, policy supports for pilot projects, research and education would need to be widely implemented within a decade. Then, between 2030 and 2035, policy and industry will need to collaborate to rapidly scale up the hydrogen market. Due to technological barriers to producing “green” hydrogen – hydrogen produced using 100% renewables – being likely to persist into this timeframe, Aurora foresees most of this growth being attributable to “blue” hydrogen, produced using energy like nuclear or natural gas, in conjunction with carbon capture and storage (CCS).

Should these measures be enacted, Aurora states, a sharp uptick in hydrogen generation can be expected between 2035 and 2050, with the steepest increase felt after 2045, when “green”

In a high-adoption scenario, up to 14 million hydrogen boilers would be deployed by 2050 and more than 75% of the UK’s heavy goods vehicles (HGVs) replaced or retrofitted with hydrogen-compatible technology.

Looking and the economic implications of the hydrogen revolution, Aurora concludes that businesses, the public sector and Government will collectively need to invest £450bn in the net-zero transition before mid-century. It is quick to argue that a transition in which hydrogen features heavily is neither “decisively better” nor worse in investment terms than any other scenario.

From this investment, the power sector could reap an additional £3bn of revenue per year from 2050, the analysis concludes. Moreover, “globally competitive” industrial clusters would be built, delivering economic benefits for areas where there are currently fewer economic opportunities, such as Humber and Teeside. The report does not fully assess the economic benefit of these facilities. However, the businesses behind plans for Humber’s net-zero industrial cluster claim that the initiative will contribute £18bn towards UK Gross Value Added (GVA) while safeguarding 55,000 jobs in manufacturing across the region.

The report concludes by setting out a string of policy interventions which would help bring about a high-adoption scenario, many of which Aurora believes could be embedded in the UK Government’s forthcoming Covid-19 recovery package. In the 2020s, the UK would need to dramatically improve energy efficiency in buildings and heavy industry in order to make the electrification of heat commercially viable, for example. Carbon pricing would also need to be strengthened and net-zero roadmaps developed for each major sector, complemented by new mandates on emissions reduction and disclosure. Industrial clusters and other demonstration projects should also come online this decade, the report urges.

“Unlocking the benefits of a hydrogen economy will require early support from Government, systematic changes to our energy system and significant investment by the private sector,” Aurora’s head of commissioned projects for Western Europe, Felix Chow-Kambitsch, said.

The publication of Aurora’s research comes less than a week after the EU’s draft hydrogen strategy was leaked.

According to the strategy, the European Commission is developing supports to deploy at least 4GW of electrolysers across the bloc by 2024, rising to 40GW by 2030. This move would require €13-15bn of investment in the electrolysers themselves, and a further  €50-150bn for new solar and wind capacity. An additional €120-130bn would be required for hydrogen storage, transport and refuelling stations, although this cost could be brought down through the conversion of existing infrastructure.

Policymakers are keen to get the bloc off of “grey” hydrogen – produced using fossil fuels – as a “priority focus”, the documents state. Grey hydrogen currently accounts for 95% of the world’s supply.

It is unclear whether the UK Government will include as many hydrogen provisions in its Covid-19 recovery package. The government awarded 20 projects a share of £7 million to explore innovative ways of making and using low-carbon hydrogen last August, then built on this with a £90m pot for decarbonising heavy industry using hydrogen earlier this year. Separately, the UK’s first pilot project injecting zero-carbon hydrogen into an existing gas network recently began at Keele University.

But hydrogen was notably absent from Chancellor Rishi Sunak’s first budget and has not been reported for inclusion in the UK’s full recovery plans, due to be announced by the end of the month. Additionally, work on the development of a low-carbon heat strategy and low-carbon HGV strategy, as recommended by the Committee on Climate Change’s (CCC), had not begun pre-pandemic. Now, this activity is likely to face further delays, in spite of the CCC’s recommended 2021 deadline.